Stormy is a 22 year old Appaloosa mare who was seized from her owner by Pierce Co Animal Control. Stormy, another horse, and several dogs were discovered living tied to trees and starving, on a wooded property where their owner was squatting. The horses were seized and held in Animal Control custody for nearly 7 months while their owner unsuccessfully petitioned the court for their return.

Stormy has uveitis in both her eyes, and she may be completely blind. Despite this, she is a calm and capable mare who leads easily, loads into a trailer, and can comfortably move in and out of her stall into her small paddock. She is very sweet.

Photos, just off the trailer: 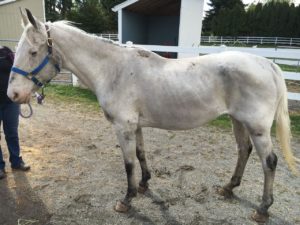 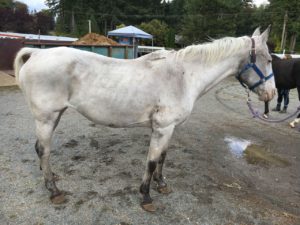 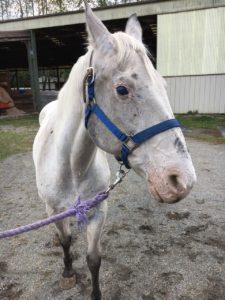