Congratulations to Bernadette Ziegler on her adoption of Phoenix!! Bernie fell in love with Phoenix the last couple of months while she has been volunteering out at the farm, and finally decided to adopt him. He will be boarded at a facility in nearby Clearview, so he won’t be going too far away, thankfully, as I will miss him terribly.

He was a superstar today with trailering and arriving at his new place. I had Allison come and babysit Sinatra as I was very worried about the “weaning” of the two of them, but it turned out to be not too big of a deal. The gods were smiling on us, because just in the past week or two Sinatra has been spending more time hanging out with Bennie, and often you would even see Sinatra and Phoenix grazing on complete opposite ends of the pasture. So Sinatra called to his friend but it was not the horrible dramatic event we all feared. Phoenix hesitated a little bit about getting in the trailer but then walked right in, hauled great, and was completely calm on arriving at his new home. He met the horses in the paddocks next to him, both geldings who were very sweet to him, and then settled down to graze. When I left him he looked completely at peace.

So the last of our palomino babies has gone to his new home… <sniff, sniff>

I know Bernie (horsecrazy) will keep us posted on how Phoenix is doing though, and he got a wonderful home! 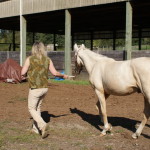 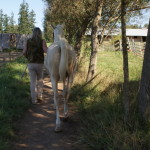 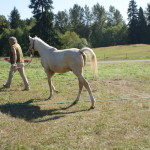 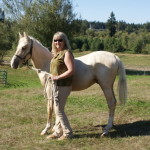 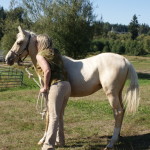 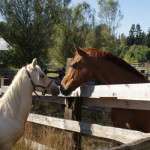 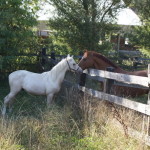 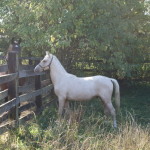 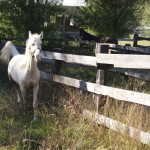 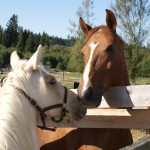 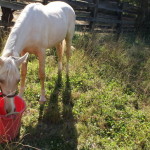