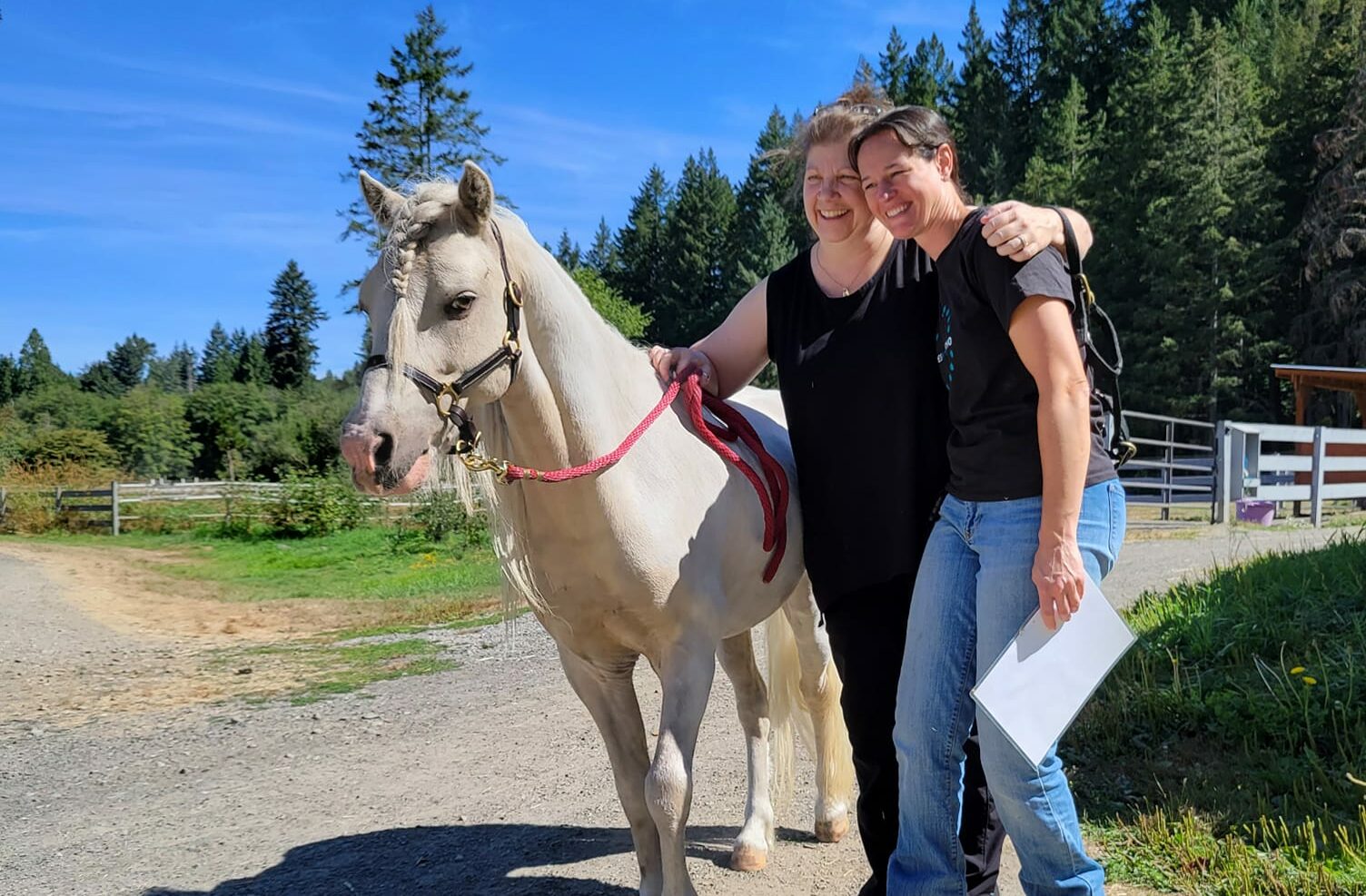 Quincy is adopted! Annemarie turned to SAFE looking for a friend for her horses, Nick and Ernie. On a sunny day in August they headed to Quincy’s new home. Annemarie said he arrived without breaking a sweat and unloaded like he’s been doing it his whole life.

Quincy came to SAFE as part of a 7 pony seizure from Animal Control. The ponies had been living unhandled, hungry, with overgrown hooves, large worm loads and badly in need of dentals. Quincy was a stallion and at 15 years old, he was the hardest to get him to trust humans. He was difficult to catch and was tense when you touched him. Over time he got better, but he needed to find a home with an experienced handler.

We are delighted Annemarie has the skills to give him a loving, caring home. On a recent update she told us her horse, Ernie, had opened Quincy’s gate in the middle of the night and the three horses had their very first hangout together. Quincy was being kept separately while the three got to know each other slowly. She awoke to see all 3 horses hanging out and somewhere in the night Quincy, the little pony, had made it clear to Nick, a 1300 lb Friesian, that he was boss. Now the three get along perfectly. They are currently working on building Quincy a stall, but right now he likes to share, going back and forth between Ernie and Nick’s stall. Annemarie has been brushing him, spoiling him with apple treats, putting on a fly mask and says catching him has been a piece of cake! He fits in perfectly and we could not be happier for this little man and his new life. 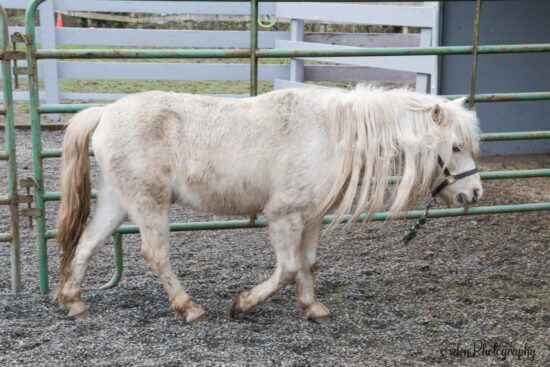 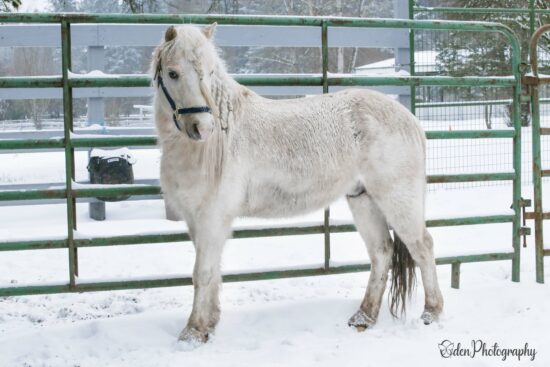 Quincy in the snow 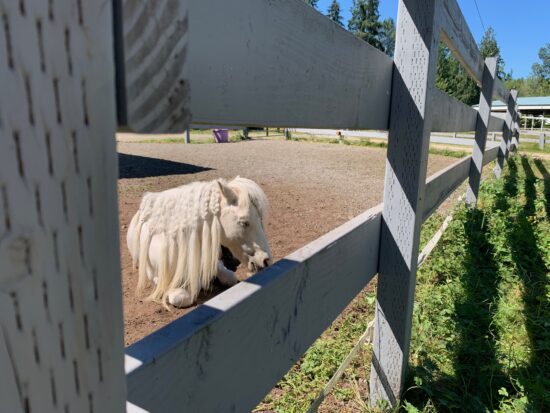 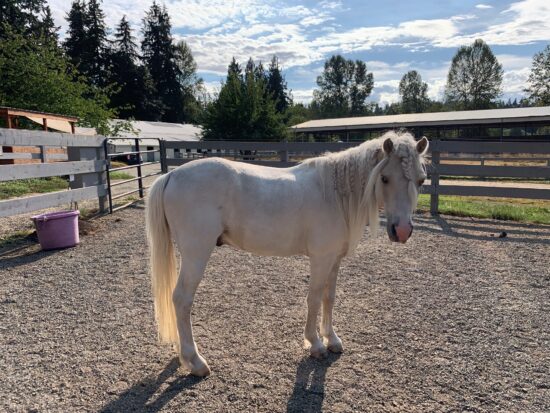 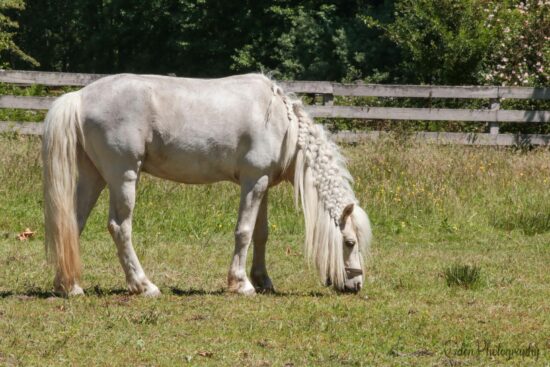