Raven Goes on a Field Trip! 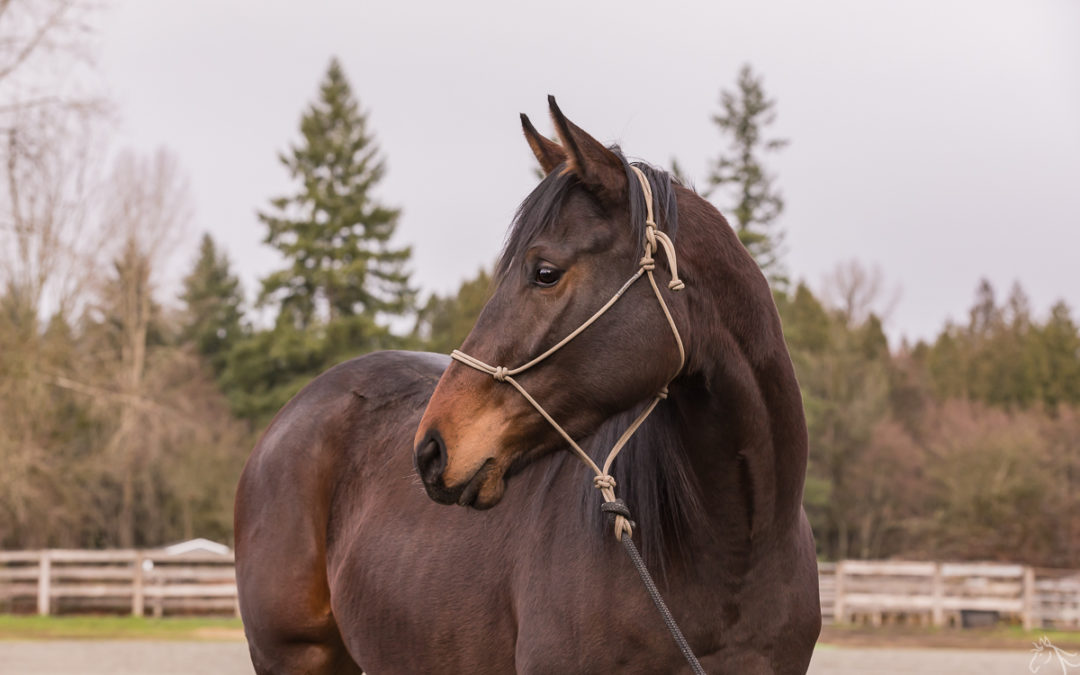 Our sweet Raven got to go on her first overnight sleepover last week. We have been trying to figure out her digestive issues and the next step was to have a gastroscopy performed to rule out stomach ulcers as a source of her intermittent colics. We had not had a colic episode in several weeks, but she has recently begun grinding her teeth, which can be a sign of ulcers.

Raven loaded into the trailer like she had done it hundreds of times before, and the haul there was uneventful. It took her a few minutes to settle into her temporary stall at the clinic, but she did great overnight and enjoyed having a pony as a neighbor.

The results were good news–the scope showed no signs of ulcerations in her stomach. As much as we were hoping for this good news, if she had indeed had ulcers at least it would have given us an answer. Some additional tests were run including bloodwork, which showed a low protein level. She has been started on a temporary medication regimen to see if we can adjust a few things. She will get a recheck in a few weeks and based on the bloodwork and progress at that point we will hopefully have some answers and a game plan.

This week Raven got a dental as she is preparing to start training. Our little girl is growing up! Dr. Fleck found nothing in her mouth that would be causing her to grind her teeth, so we’re leaning toward it being just behavioral at this point.

Our weekday barn manager, Lori M, introduced oral medications to Raven with applesauce when she had to be on a long course of antibiotics several months ago. Thanks to this, Raven is a pleasure to medicate. One of her current medications is given three times daily, so this is a very nice trait for a horse to have! Luckily we won’t have to do this medication routine for very long. But in the meantime it makes life a little easier, and also a little amusing.

Stay tuned for an update on the recheck in a few weeks!