Razin’s Surgery was a Success! 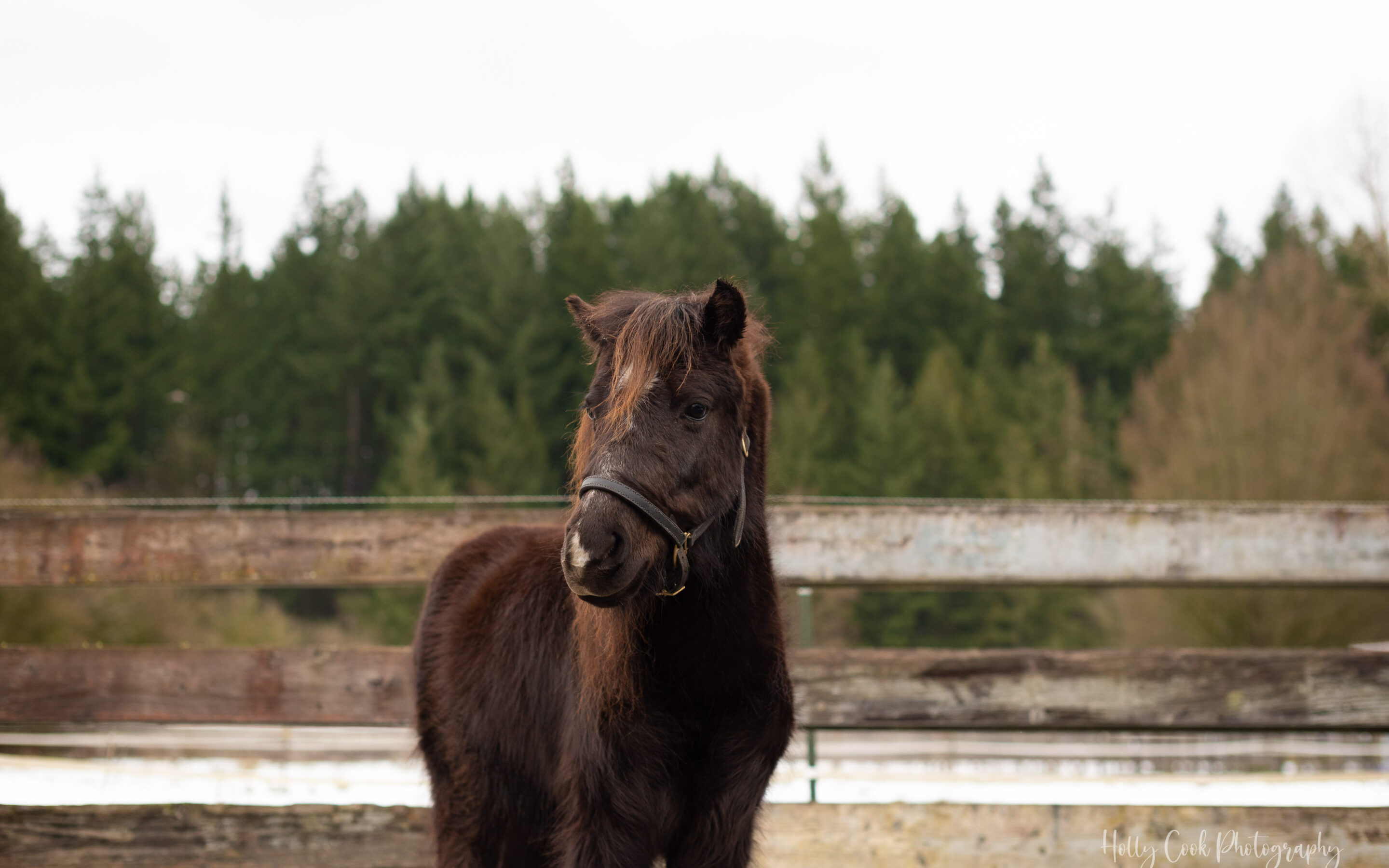 When Razin was seized by Animal Control along with a group of neglected ponies, he appeared to be a gelding. However, none of the other male ponies seized from that property had been gelded, which made us wonder why the previous owners would have gelded this young little guy and no one else. Being a bit doubtful, we had our vet do a blood test. Lo and behold, the test confirmed that Razin was in fact a cryptorchid, a horse whose testicles have not descended (or “dropped”) from the body cavity. So it was necessary to have Razin gelded using a surgical procedure that is a bit more expensive than a typical gelding. We were able to raise the needed funds through our community of generous donors and even raised enough to help pay for Jasper’s small surgery!

Razin headed to surgery at the beginning of March. It was the first time he had been separated from the other ponies, and we were worried that he’d be anxious about leaving his friends. Luckily, Jasper, our 14 year old Tennessee Walking horse, also needed a small surgical procedure done at the same time. He was Razin’s buddy and helped him feel safe leaving his herd and loading in the trailer. The two spent the night in stalls facing each other as you can see in the video below.

Razin’s surgery was a success and he is officially a gelding now! He has healed wonderfully and is sharing a paddock fence line with our two other gelding ponies, Quincy and Doolin. We thank everyone who contributed to help Razin become a gelding — you gave him a great start toward a brand new life!