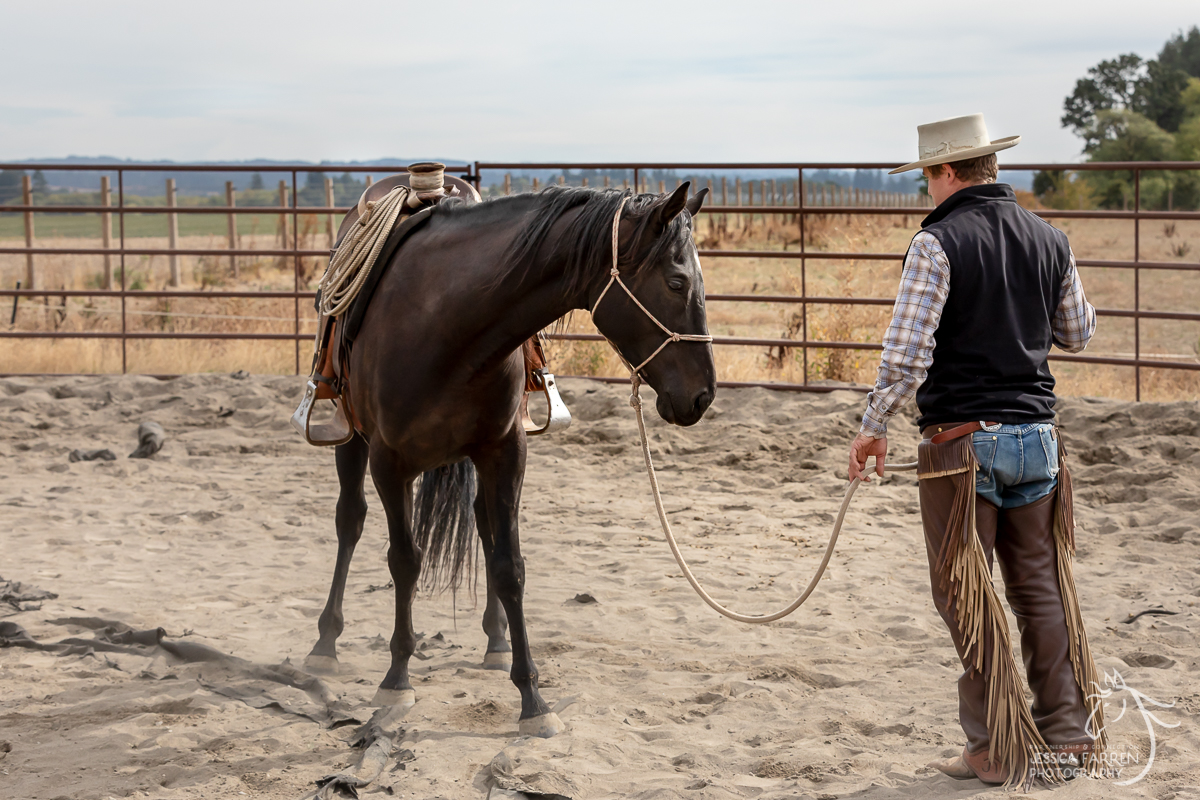 After a few weeks of assessing Remy’s behavior under saddle, he has stopped making improvement. He isn’t regressing anymore, but it’s clear to trainer Nick Donohue that something isn’t right. Nick has stopped riding him now and we have been discussing the next steps to take.

Dr. Salewski of Hindsight Veterinary Care has been out to see Remy for chiropractic work twice now. He is still finding an area of concern in his back, an area that he said he sees problems with if the horse is compensating for pain in the hocks.  It was recommended that, if the performance issue did not improve, getting hock radiographs would be a logical next step. Dr. Salewski also mentioned the possibility of kissing spines, but suggests we rule out an underlying hock pain first.

We’ve decided to bring Remy home from training and have radiographs done here at SAFE. Depending on what is found on the X‑rays, our next step might be to turn him out in a pasture for a few months and let time heal whatever hurts before we assess him under saddle again.

We’ll have to wait for our current snow to melt a little before bringing him home, but we’ll soon see Remy’s handsome face around the barn again. It’s not the kind of homecoming that we were hoping for, but we’ll get it figured out and hopefully have him pain free and back to work soon.