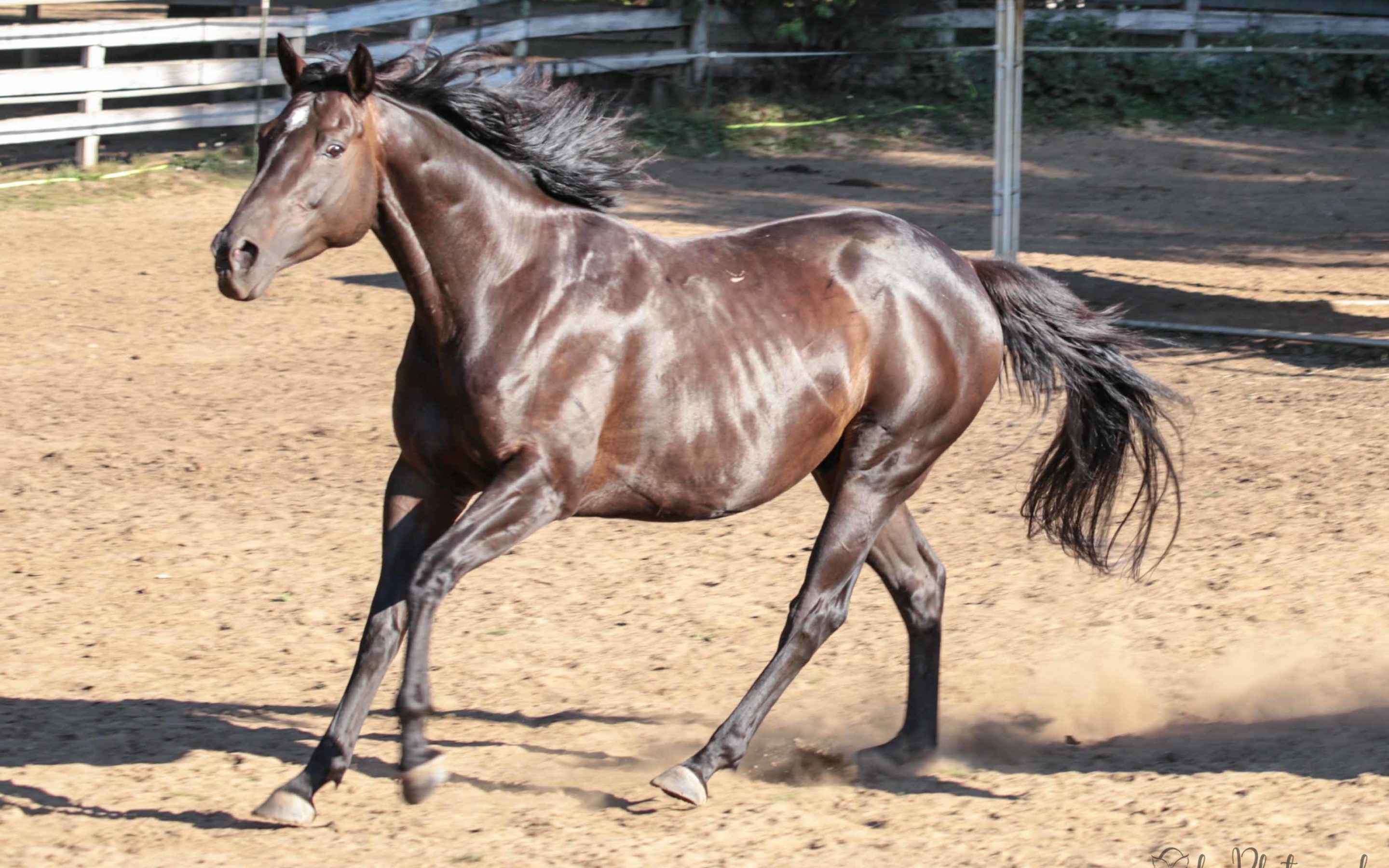 After months of chiropractic adjustments and careful rehabbing, Remy seemed as recovered as he could be from his back issues and went back to training with Nick Donohue. Nick brought him along slowly and mindfully, being sure to pay close attention to the situations that brought out the trouble in him in the past. We were hopeful that we had gotten to the source of his pain and fixed it.

But it was not to be. Even with Nick taking all the necessary precautions and bringing him back to ridden work methodically, Remy’s trouble reared its ugly head again. Literally. He went back to the same behaviors that he was exhibiting last time, and it’s been decided that he is no longer safe to ride. Remy will be retired from ridden work and available for adoption as a companion horse.

We plan on speaking with our vet about possible further diagnostics once Remy gets home from training. Kissing spines or some other musculoskeletal or neurologic disorder remain possibilities that might provide us with a solution. At the same time, we are realistic about the possibility that he may never again be a riding horse.

The nice part about “companion” status is that, even though horses like Remy can’t be ridden, they still have plenty to offer their owners. Many non-ridden horses find second careers with liberty training, trick training, horse agility, and more. They don’t have to just be pasture ornaments. Remy is a smart guy with a great personality who could likely excel at any of these other activities.

We’ll be bringing Remy home next week. We’re sure his buddies will be happy to have him back in the pasture, and it’ll be good to see his handsome face again. We had hoped the next time we saw him it would be under saddle, but we’ll just embrace this new chapter for him instead.