An update on Rocky, our champion fighter! After intake, Rocky was transported immediately to Cedarbrook Veterinary to begin his rehabilitation. Hoof care specialist Daphne Jones (The Bare Horse) was called in to begin the process of addressing his severely neglected feet.

After a few days in the hospital, there was concern about Rocky’s lack of appetite. He was simply not interested in eating. At the same time, he was exceptionally footsore. X‑rays were done to determine if laminitis was the culprit, and a small amount of rotation was found. Diagnostic bloodwork revealed that he had uncontrolled Cushings Disease (a pituitary gland dysfunction). He was carefully started on the appropriate medication.

Rocky wore protective boots nearly 24/7 to help alleviate his foot pain. He also had daily Theraplate sessions, generously donated by Cedarbrook. His appetite improved ever so slowly, and a little personality started to show through.

In mid October, Rocky gave us a little scare with a mild colic episode. Rehabilitating starved horses can be a roller-coaster of progress and setbacks. Fortunately, this setback was small, and with a few days of extra supportive care he was back to normal.

As his feet started to feel better, his appetite slowly improved and he *finally* started gaining some weight. By early November, he had gained enough weight and strength to undergo his dental float, a huge milestone. When turned out in the arena, he was seen picking up a little trot for the first time!

As of today, Rocky has been given clearance to leave the hospital and we are making arrangements to continue his rehabilitation in a foster situation. He will need continued frequent hoof care, and daily medication for the Cushings…but we believe that Rocky has proven he will continue to fight to make a full recovery. 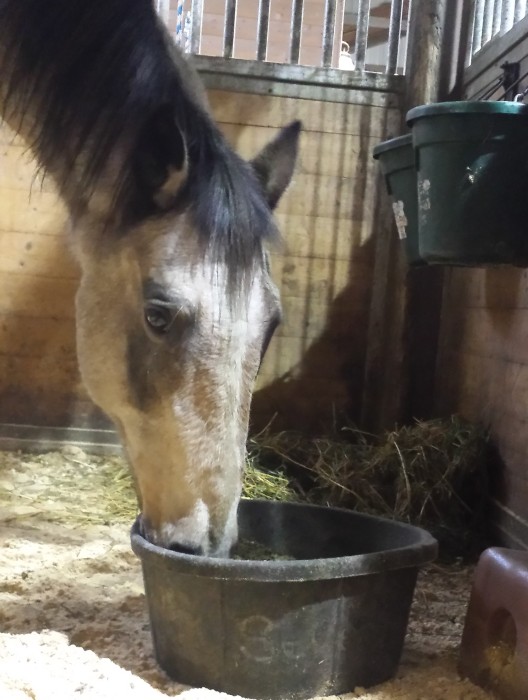