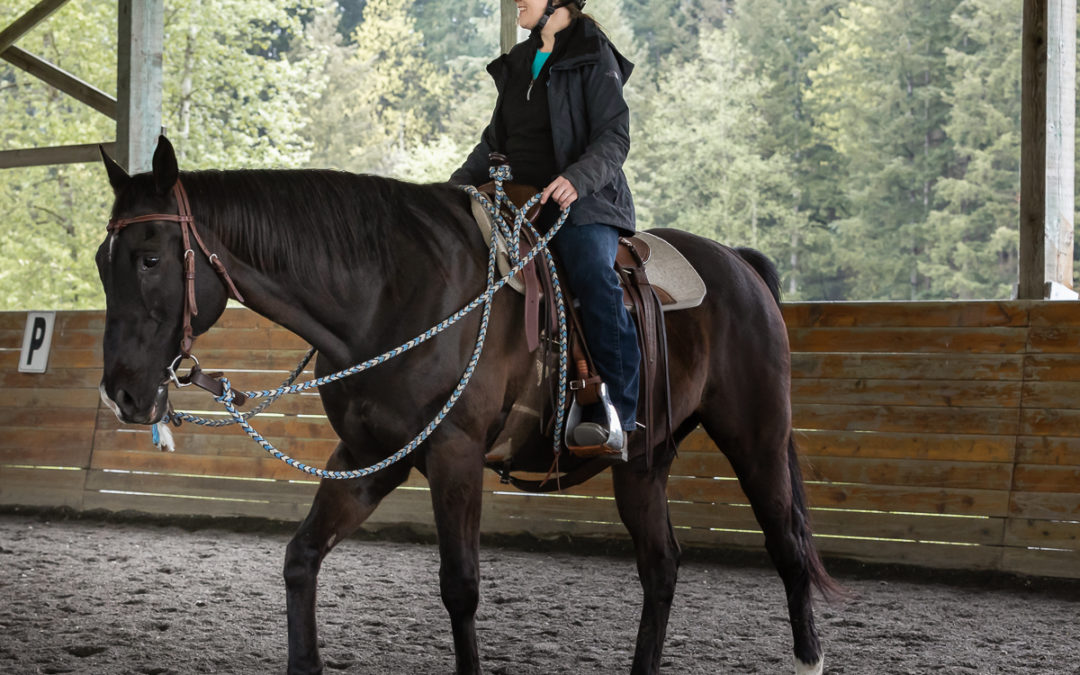 I got to work with Ru for the groundwork and riding portions of last weekend’s Joel Conner clinic. The changes I saw in him over the two days that we participated had me smiling from ear to ear! I was so proud of this sweet boy’s “try.” The first morning was a little rough, as he was distracted by his old pasture mate Valencia whinnying in her paddock. It was a good opportunity for the two of us, though, as his tendency toward herdbound behavior is something that we needed to learn how to work through. Joel gave me pointers on effectively bringing Ru’s attention back to me, and he was very responsive to it. On the second day Valencia was in the arena, and he barely gave her the time of day.

Ru started the weekend being a little stuck in his hind end. Since he hasn’t been worked much his hind end is on the weak side, and as a result he’s a little uncoordinated. It took him a bit to really get smooth at disengaging his hindquarters, but by the end of day 2 he was light and responsive when I asked for it. Backing a circle was our biggest struggle. He’s a little on the dull side since he’s an older gentleman who hasn’t had much groundwork. It took me some time to get the hang of how much I had to firm up to get him to respond to my asking for it. With a little help from Joel, he was backing softly by the end of the second day. I was happy to see that this lesson carried over when I worked with him last week, and it’s something that I will continue to work on with him so that he stays soft and doesn’t revert back to his old ways.

Under saddle Ru did great. Just as he did in the groundwork portion, he started the riding portion of the first day a little distracted by Valencia. We focused on bringing his attention back to me, and It didn’t take him long at all to figure out that when his attention drifted to her then he would have to work harder. Ru is a fun horse to ride. He’s smart and seems to enjoy learning. He also has the loftiest trot I think I’ve ever ridden. I noticed right away how responsive he is to seat aids, and he transitions from a nice, relaxed jog to an extended trot then back down again very well. He’s definitely out of shape, though, so we called it a day a little earlier than the rest of the group.

I’ll be working on carefully building up Ru’s strength and stamina. We have also decided to try him on Equioxx for minor arthritis, and have put glue-on shoes on his front feet to help build up his thin soles. I think after he builds a little muscle he’ll make a lovely light riding horse. Even as a senior, he has a lot of potential! 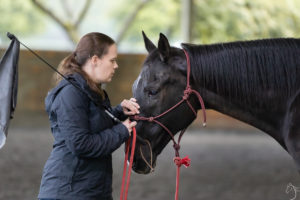 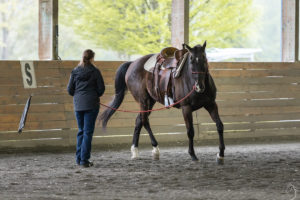 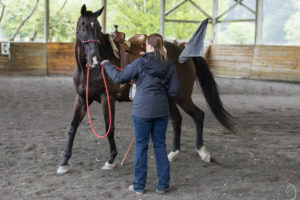 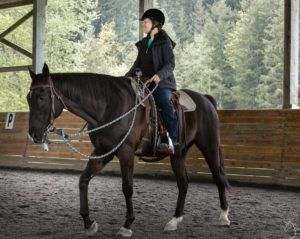 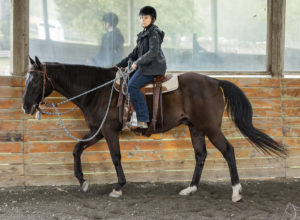 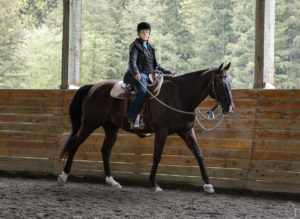 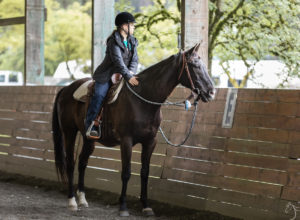 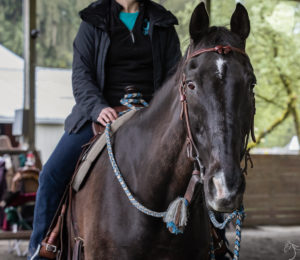 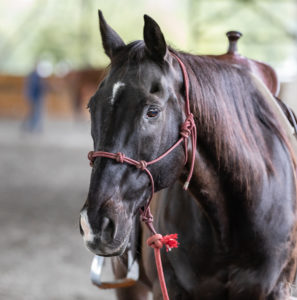 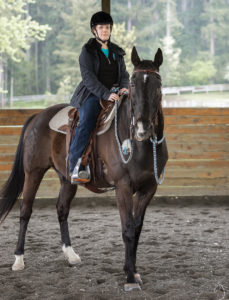