Sage Gets a Spa Day, and Health Update 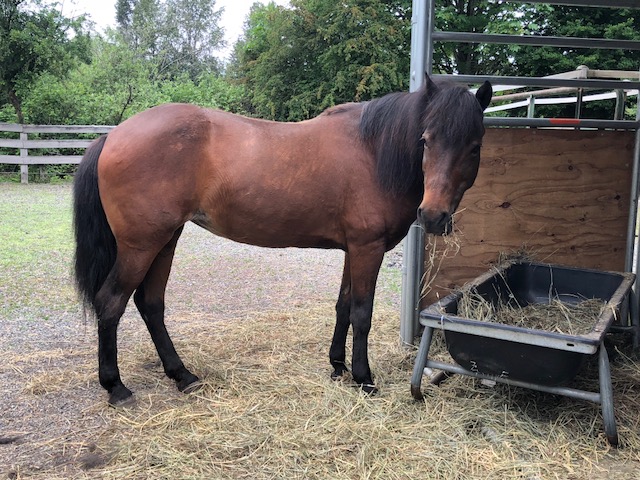 Our little Sage has blossomed! She came to us with a long, dull coat from neglect and malnourishment–so long and scruffy, in fact, that some of us referred to her endearingly as our little yak-pony. But after some good nutrition, a few baths, and a round with the clippers, she is a beautiful little pony. 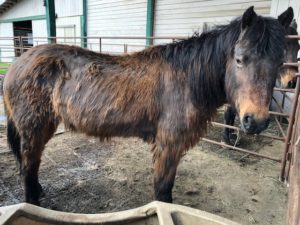 Sage before arrival at SAFE 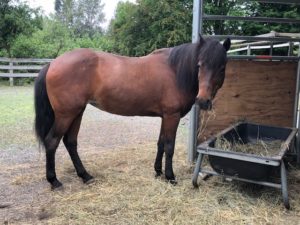 When Sage first arrived, Dr. Fleck suggested we test her for pituitary pars intermedia dysfunction (PPID), also referred to as equine Cushing’s disease. Her physical appearance and aged pony status checked several of the boxes that are considered to be characteristic of this disease. Blood was drawn, and her ACTH level came back at the high-normal end of the acceptable range. This does not diagnose her as Cushingoid necessarily, but was enough of a nod toward pre-Cushing’s status that she has been prescribed Prascend, a medication that manages PPID. We will be re-testing her ACTH levels in a few weeks, and at that point will have a better idea of whether or not she will need to be considered a PPID horse and need lifelong management of this disease. Several factors other than PPID can cause an increased ACTH level, and Sage also fit those characteristics–most notably, a horse under stress from undernourishment and neglect. We are hopeful that now that she is at SAFE, getting proper care and appropriate nutrition will cause her blood levels to fall back to a more normal range.

Regardless of her PPID status, one thing will probably never change for Sage… her eating habits are less than tidy. But we love her anyway.