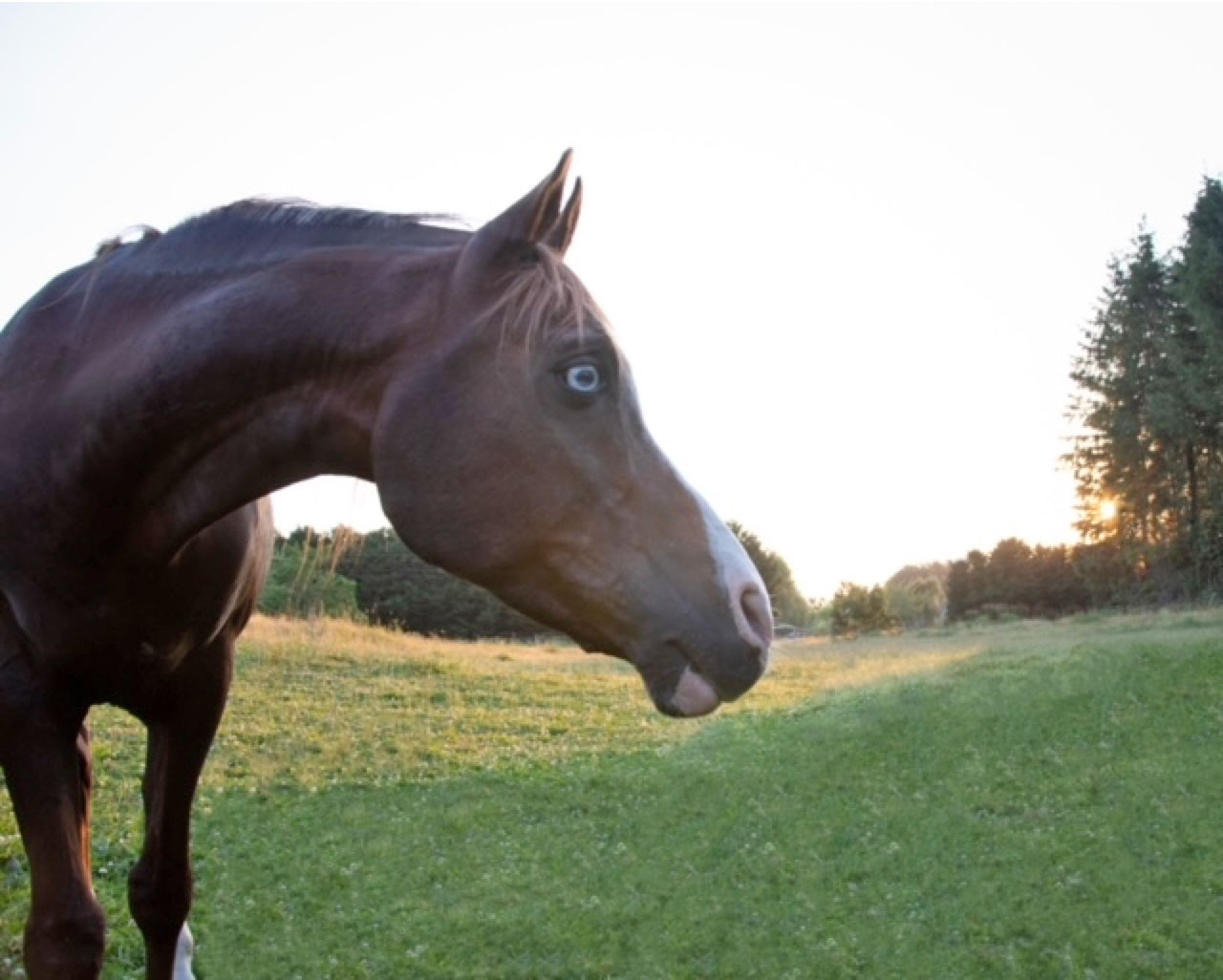 Scooter came to SAFE early in 2012 as part of a group of Arabian horses seized by Animal Control after terrible neglect. Scooter was one of two stallions in the group (the other being Oscar) and the information SAFE was given about these two in particular was horrifying. They were both 15 years old, and had been used in a breeding program. They were found locked in tiny pens, standing on concrete pads and isolated from other horses. All of the seized horses were thin and filthy. It was truly a tragic situation.

In 2012, SAFE was a much different organization than the one we are now. We saved and rehabbed plenty of horses and found good homes for them. But we didn’t have much of a training program, and when it came to challenging horses like Scooter and Oscar, we were often out of our depth. Plainly speaking, we didn’t know what to do with these two. They were untrained, unruly, difficult to handle, and rather intimidating to be around. All they really knew how to do is breed mares, which made them dangerous. And at age 15, we weren’t sure that gelding them would change their behavior much if at all. We did not have a lot of experience with horses like these, and we were afraid that someone could get hurt by one of them. I have to admit that we considered humane euthanasia as a possible solution to this problem.

SPOILER ALERT: We didn’t euthanize either of these horses.

With the help of Dr Hannah Mueller, who took them in at her clinic and worked with them before and after their gelding surgeries, both Scooter and Oscar had their lives transformed for the better. Oscar was the easier of the too, and was successfully started under saddle by dressage trainer Andrea Lucianna and adopted some time later. These days he’s retired from riding, but still living his best life as a gelding with his adopter Vickie and her other horses.

Scooter proved to be much more of a challenge. Even as a gelding, his difficult behavior persisted, and he wasn’t completely sound. His lack of socialization during his life as a breeding stallion made it difficult for him to behave around other horses, so we weren’t sure we could even place him as a companion horse.

That’s when Lorinda entered the picture. She was introduced to SAFE and Scooter by someone who knew that she had lots of experience training horses, especially difficult and challenging ones. When she met Scooter, he reminded her of another stallion she’d known, and the two seemed to make an immediate connection. Lorinda was up for a challenge, and as we got to know her better, it was clear that she had the ability to help this horse, and a good plan in place to help him through his issues. So Scooter was adopted, renamed Pistol, and his new life began.

Over the nine years that Lorinda and Pistol were together, we got amazing updates on his progress. As his testosterone ebbed, he became easier to handle and Lorinda was riding him successfully within months of his adoption. Later we were treated to photos of him happily being ridden bareback, and being led around by small children. In the herd, he was the low man on the totem pole, so he got along great with other horses. As he got healthier and fitter, his resemblance to his famous sire Padron become more obvious. And the relaxation and happiness in his eyes were unmistakable.

Several weeks ago, we received the sad news from Lorinda that Pistol was gone. He’d broken his shoulder while playing in his field and had to be humanely euthanized. It’s devastating when a horse leaves this world too soon, but knowing that he had nine years in which he was cared for and respected and loved eases the hurt a little. SAFE will always be grateful to Lorinda for taking him in and taking him on and giving him that gift. She shared these beautiful photos taken not long before Pistol passed away, and at age 25, he was still a very handsome and vibrant horse. 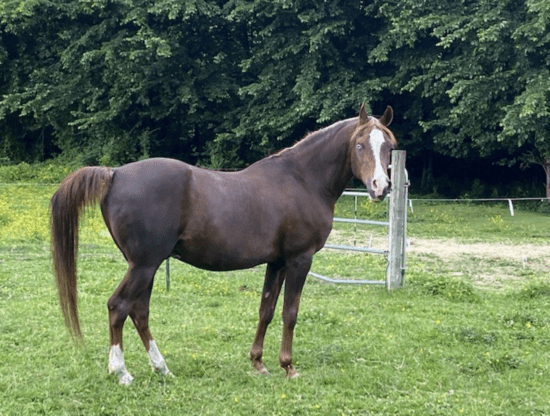 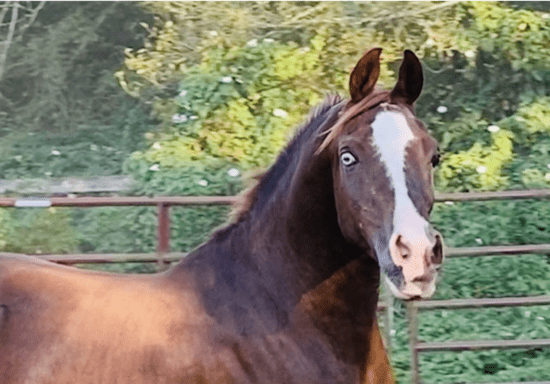