Terry worked with newbie Sienna in the groundwork portions of the Joel Conner clinic, and had this to report:

Sienna was a superstar for the Joel Conner clinic! She became very relaxed and calm in the clinic setting with the other horses around. She even stood quietly with me and almost fell asleep during a break. This smart, athletic mustang mare is making amazing strides and transformation in her training at SAFE. We have taken it slow with gentling her, allowing her time to adjust to life as a domestic horse. She’s had a lot to get used to over the last month. SAFE being the busy place it is with lots of people and horses coming and going, there have been many first time experiences this once untouchable mare has had to conquer. This clinic was a good benchmark to see all our efforts are paying off.

As far as the groundwork itself, Sienna is a willing and bright partner. She is less afraid of what is being asked and her true personality is beginning to emerge. She is sweet and has a kind eyes. She also is very smart and you can see her trying to figure out what is being asked. She has an enormous amount of try. If she gets frightened, her first response is to bolt. But more and more, she is not as overwhelmed or panicked and will look for support rather then trying to flee the scene. She now allows me to groom her and brush her tail, pick up her hooves (still cautious with the hinds but we get there relaxed and managed) and the farrier has been able to trim all four of her hooves twice now. It is a slow process since she was so afraid but things are moving forward with many little successes along the way. She is still timid when new people approach her but even that is showing signs of improvement.

We plan to keep things slow and steady with Sienna’s training. She’s a long-term project so we’ll continue to put just enough pressure on to push through her trouble but not too much to overwhelm her. She continues to impress me with her willingness and intelligence. With the changes she has shown so far, I feel like she has a chance of becoming a riding partner and we will continue to make steps in that direction. 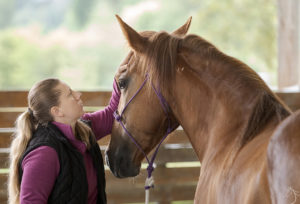 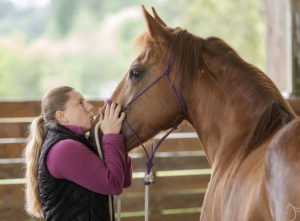 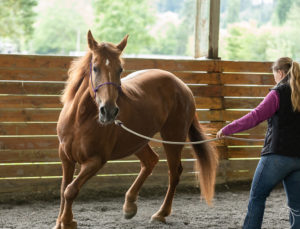 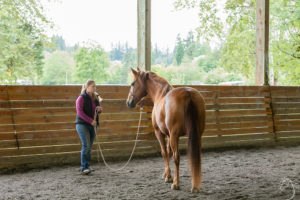 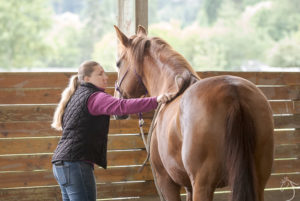 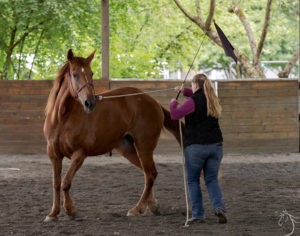 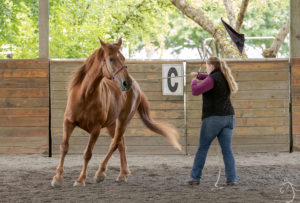 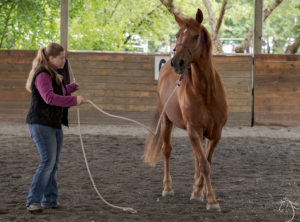 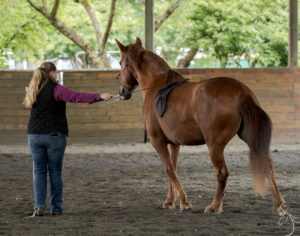 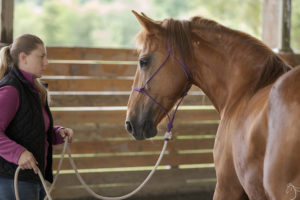