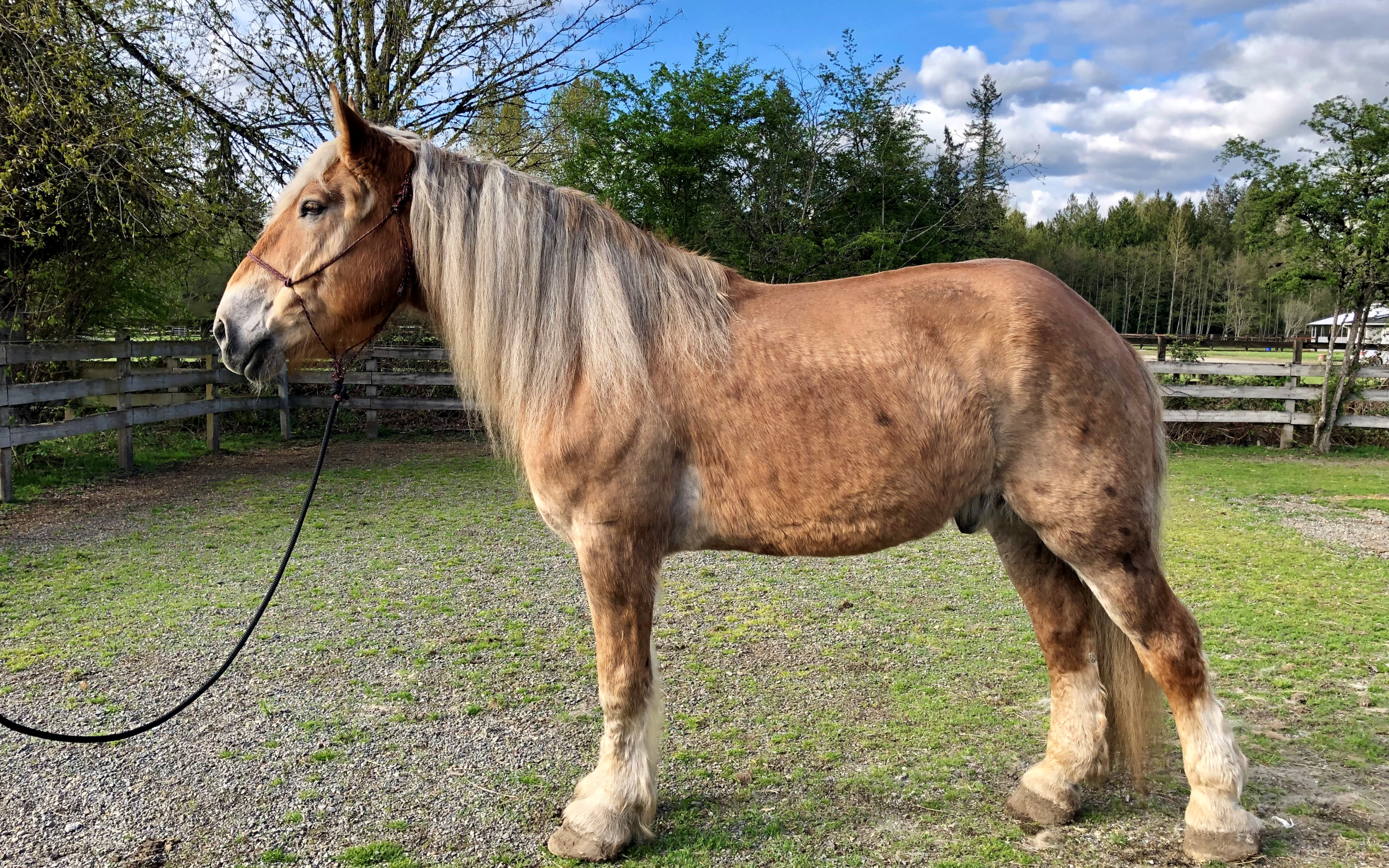 It’s been a little over a month since we took in this handsome draft horse and his friends. Slim has been fun to get to know (spoiler alert: he’s pretty great). He came in underweight, scruffy, matted, and covered in rain rot. But with TLC and elbow grease, he’s blossoming into a beautiful Belgian.

Since arriving at SAFE, Slim has gained back most of the weight that he needed to be at a normal body condition score. His scruffy coat was deceiving at first and he didn’t look too thin at first glance, but underneath that winter coat were prominent ribs, spine, and hip bones. The rain rot that covered most of his back and rump is now a thing of the past, and his overgrown hooves look normal again.

Due to his size, grooming this guy is a huge task. It’s often a two person job! Slim’s unhealthy coat and rain rot scabs began falling out in clumps, and for a few weeks he had bare patches where the healthy coat was just starting to grow in. He looked kind of like a patchwork quilt. Daily currying has helped to speed the process along. Today, Slim is looking smooth and stunning. He has a little ways to go yet, but he’s almost there! 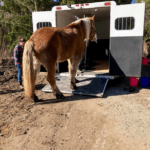 Slim on the day we brought him home–he barely fit into the trailer! 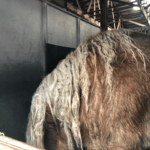 Slim’s dreadlocks on the day we brought him home 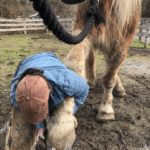 Our trimmer, Daphne, getting Slim’s hooves back into shape 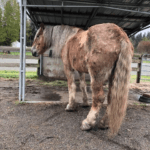 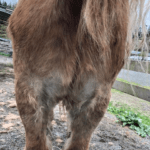 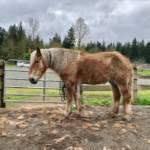 New hair growing in along his topline 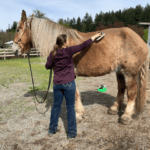 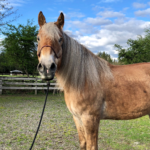 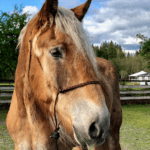