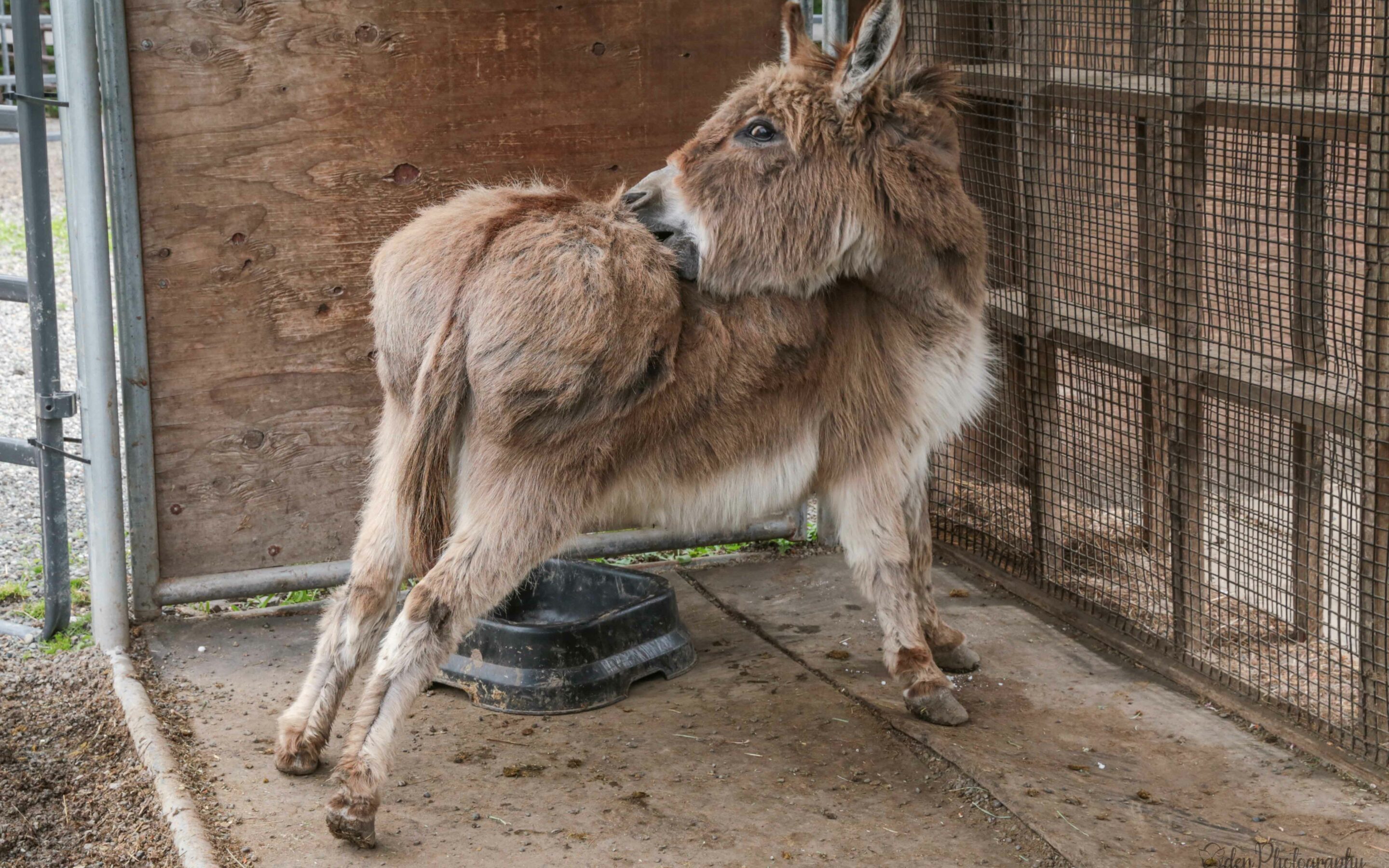 The novelty of meeting new horses as they come through the gates of SAFE never gets old. The horse person in all of us lights up with every new arrival — each new equine could be the very first one we’ve ever met, considering the way we act. And not to say that the sense of joy and wonder isn’t always present when our new residents become a bit more tenured, but acclimation is bound to happen.Until Sparky.Sparky sparks fresh joy each time we lay eyes upon him, and it sometimes seems that the feeling goes both ways. As you approach his paddock, it’s common to hear a hee-haw, enticing you closer. While he certainly enjoys his mealtimes, he seems equally if not more delighted by human companionship.When he first came off the trailer, his demeanor was subdued. He’s naturally of a stoic nature, but there was something a little shut down about him. This is not an uncommon phenomenon — one of the pleasures of SAFE is to watch as horses blossom with life as they settle in. We waited with bated breath to hear his first hee-haw, and when we finally did, reacted with the same glee as hearing a baby’s first word. Now that he’s found his voice, Sparky makes sure you can hear it!Sparky is a friend to everyone. With his gentle eyes and sweet personality, he draws the admiration of everyone on two legs. His own interest in people may stem from his selfish desires, because he knows exactly where he likes to be scratched (on the neck, thank you very much!) and that humans have hands very much suited for such a task, but regardless, it feels rather nice to be drawn in by his donkey siren song (and boy does it work like a charm).  At our most recent open house, Sparky acted as ambassador, making his rounds and greeting guests. He handled the barrage of children (and adults!) who wanted to say hello like an absolute champ, and seemed almost sad to be put back in his paddock at the end of it all. 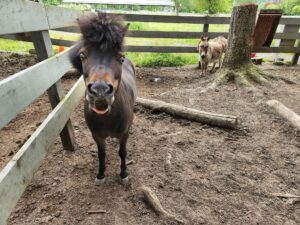 He has also made a horse friend in Ruckus, who he shares a turnout space with during the day. The two are mostly quiet companions, but will occasionally share a roll together, and when Ruckus comes out from his stall in the morning, Sparky is waiting at the gate for his buddy.There may come a day when the mere sight of Sparky no longer elicits oohs and aahs, but in the meantime, he will continue to draw a chorus wherever he goes.