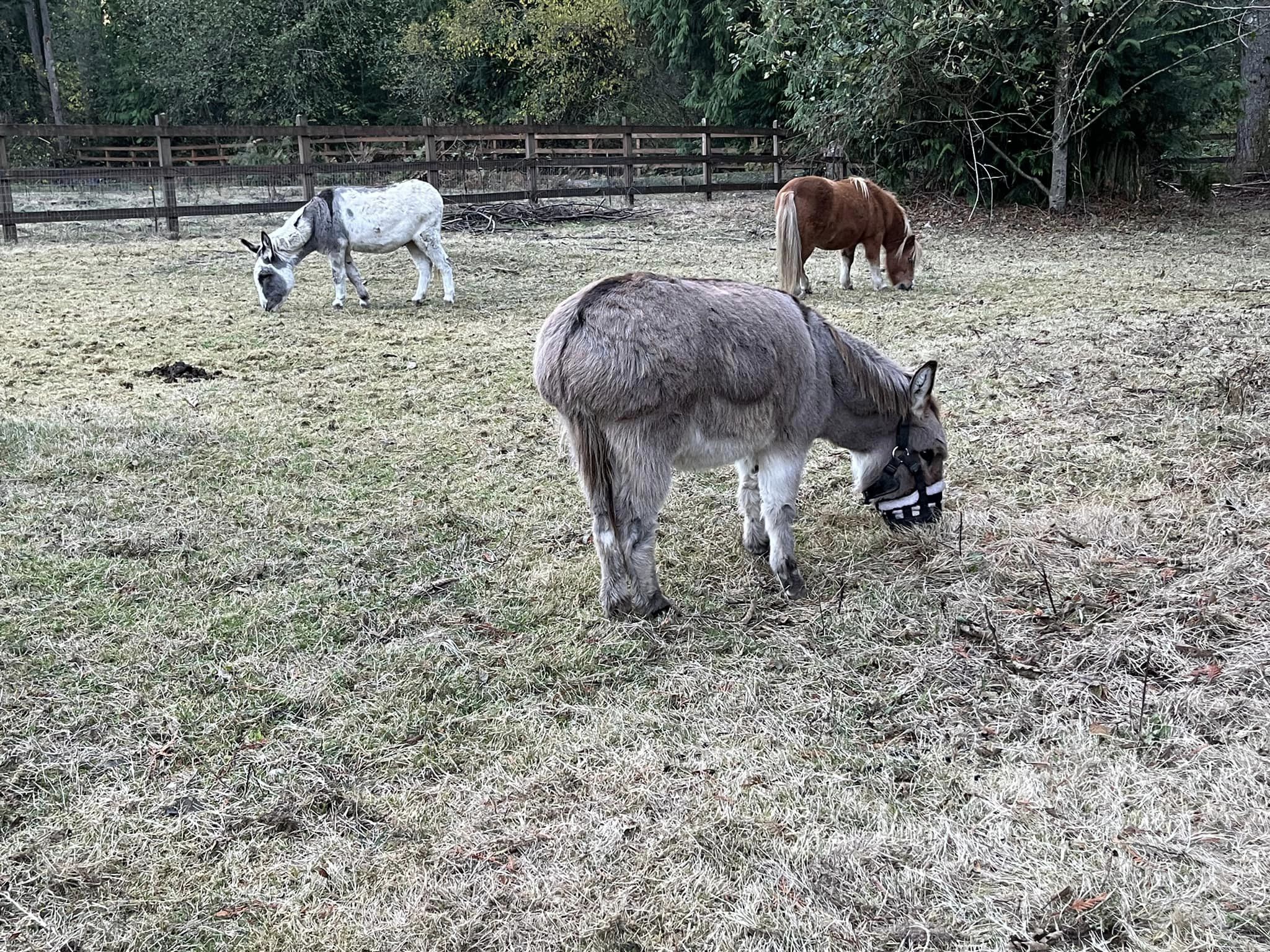 Since Sparky arrived last May, we’ve tried pairing him with a few friends for company. At first it was Ruckus, a pony, but he was adopted shortly after we paired them up. Then we tried our minis, Sunny and Shasta, but they had their routines and little home and decided they weren’t keen on sharing it with the new guy just yet. Sebastian was the first horse we introduced, because of his gentle nature and easy going attitude, we were hopeful, but the two just seemed to ignore each other.

Then one of our long term fosters (and volunteers!) offered her home as an option. Jackie has horses, ponies, dogs, goats and most importantly, another donkey. So Sparky headed to Slacker Camp, as Jackie calls it, to search for a friend and a little more fun.

When Sparky first stepped off the trailer and towards his new life, Odie the donkey, let out a huge HEE-HAW! Sparky’s pace quickened and he let out a little squeak. The two met through the fence with no drama and now Sparky gets to spend his time with multiple friends. We all would be so lucky to live at Slacker Camp and just get to be ourselves, hanging out with friends, just eating and sleeping. Sparky will still make appearances for events, he really seems to enjoy the human interaction and scratches. In between his public appearances for SAFE he will get to live the good life at Slacker Camp, making the rest of us very jealous. A big thank you to Jackie for providing a loving and caring home for our little El Burro Esparkalo. We know he is in the most excellent (and fun!) hands. 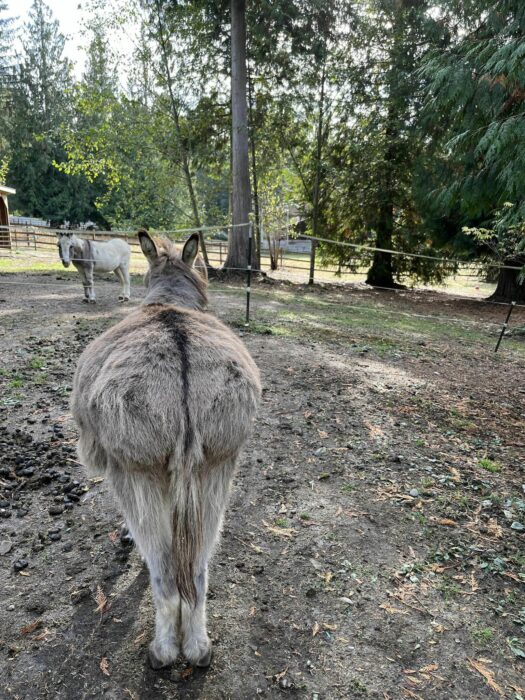 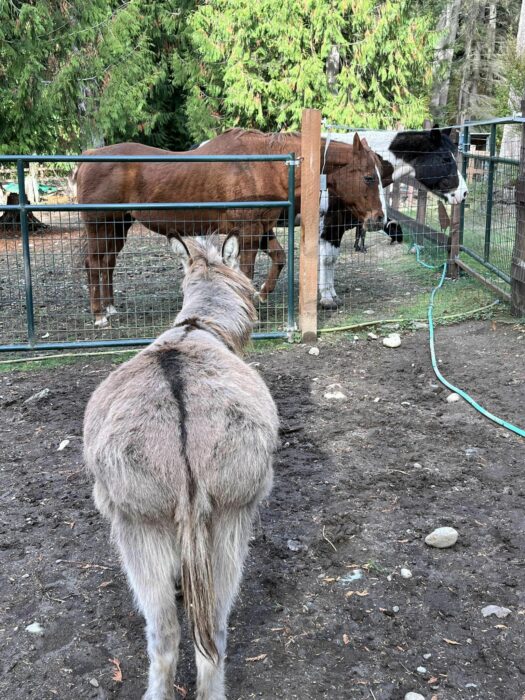 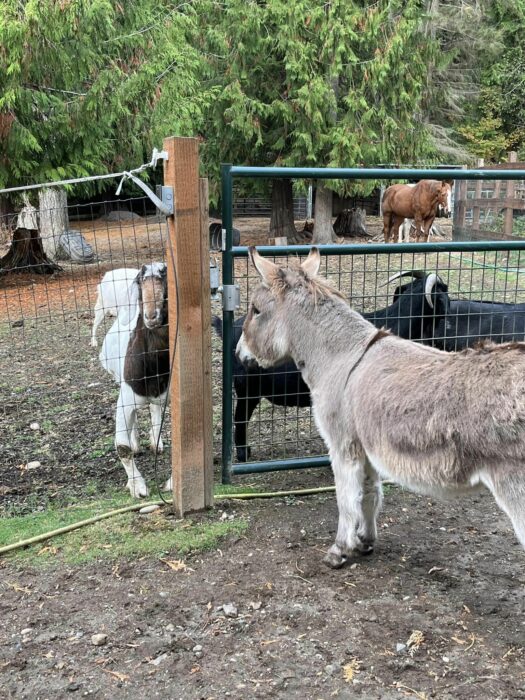 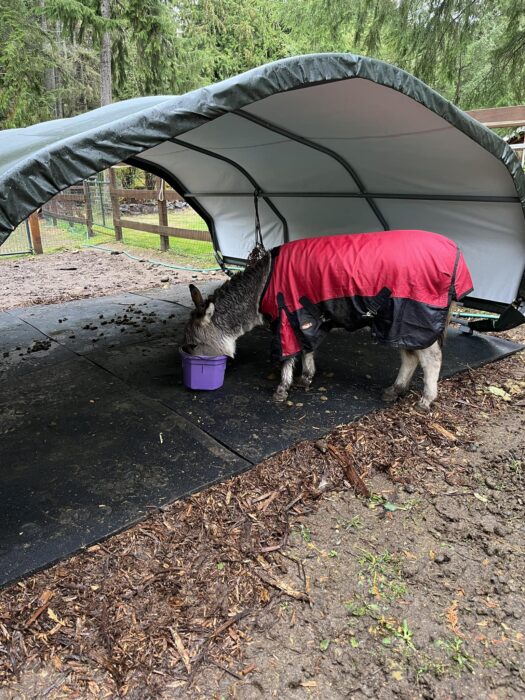 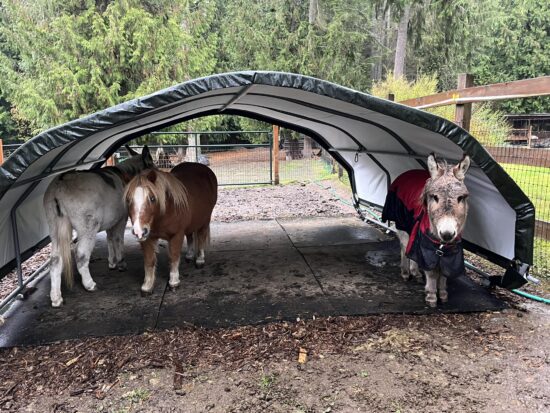 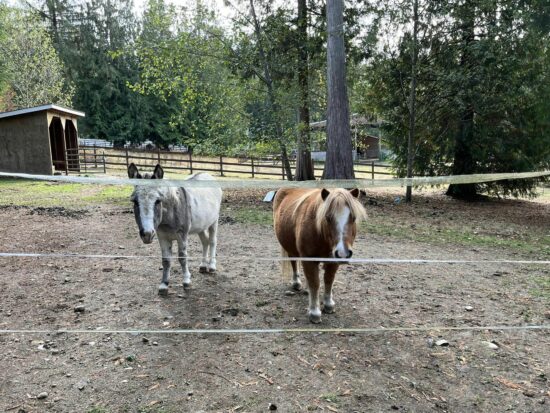 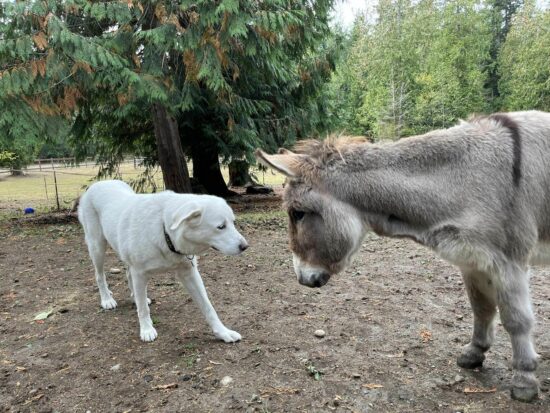