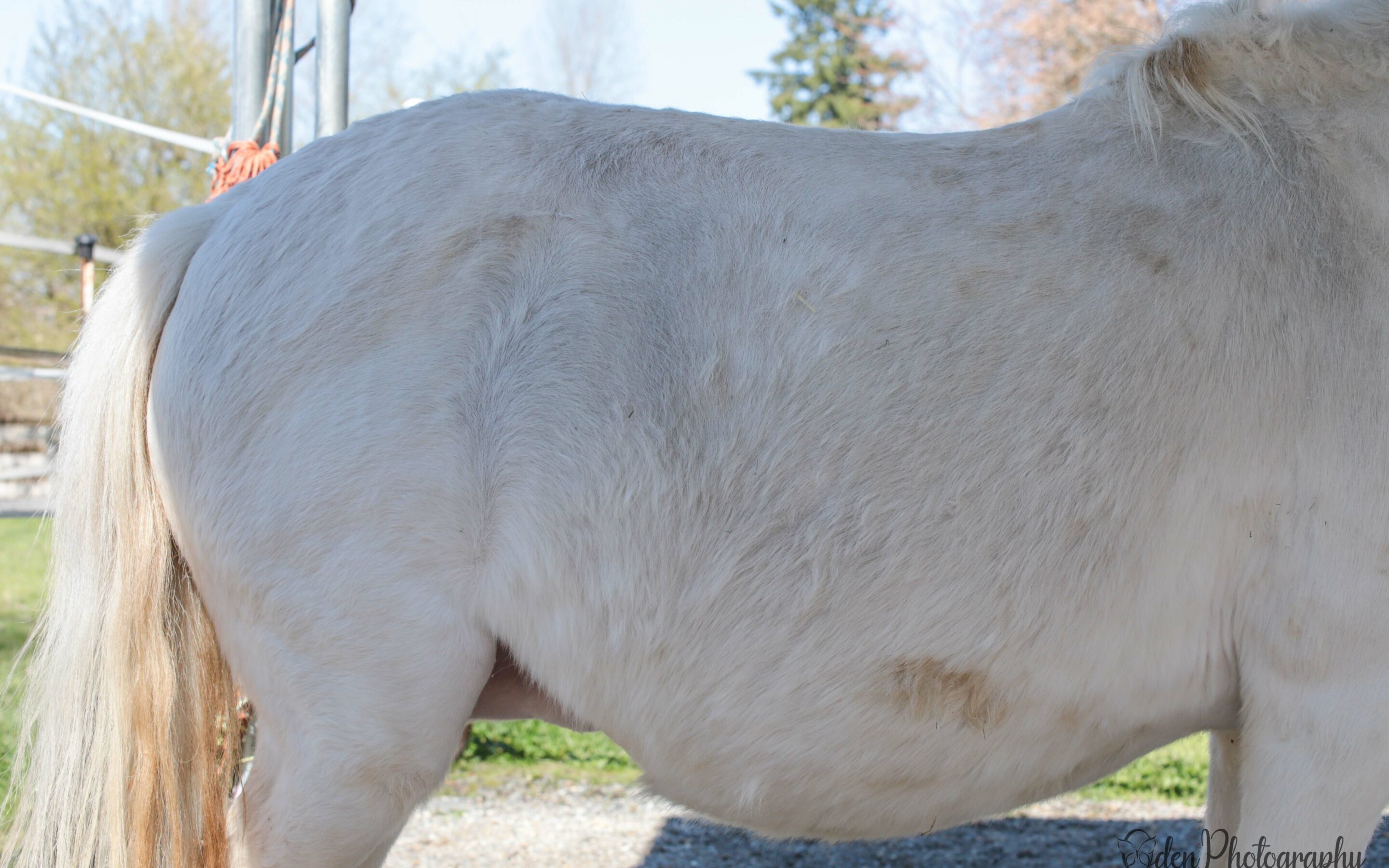 Sundae was one of a group of seven ponies seized from their owner by Animal Control. Two of the male ponies were stallions, and one was cryptorchid…so naturally we were concerned that some unplanned breeding might have taken place prior to their rescue. As it turns out, we were right to be worried. There’s a baby on the way!

We’re on Foal Watch here at Safe Harbor Stables, because Sundae could be giving birth at any moment. As you can see in these recent photos, our 25 year old pony mare is very very pregnant. 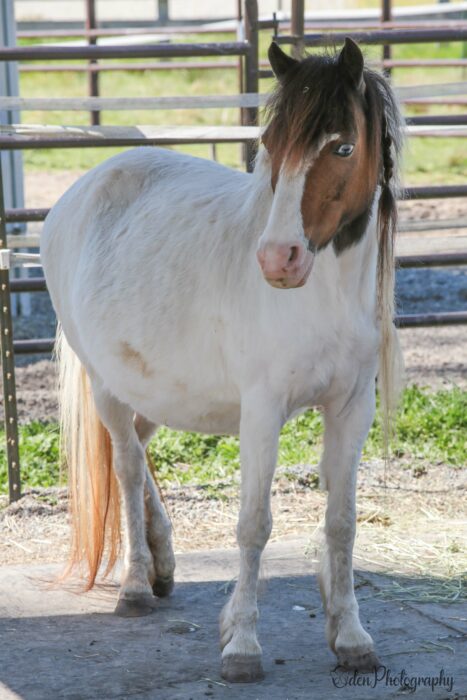 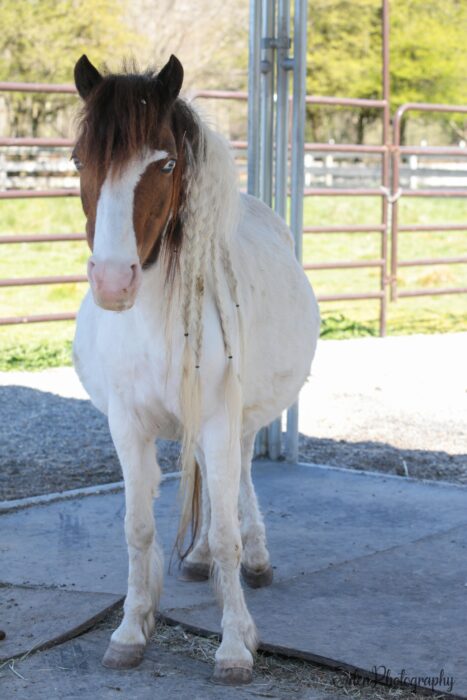 Because we have no idea when the breeding took place, it’s difficult to estimate when Sundae will have her foal. But she’s showing several physical signs that indicate the birth is not far off. We’ve been monitoring the pH levels of her milk, and as of earlier yesterday afternoon, the pH levels have dropped pretty close to the level that indicates a baby is on the way. That said, it could be several more days or even weeks before the foal is born, so we’re keeping a close eye on her through our foaling cam. 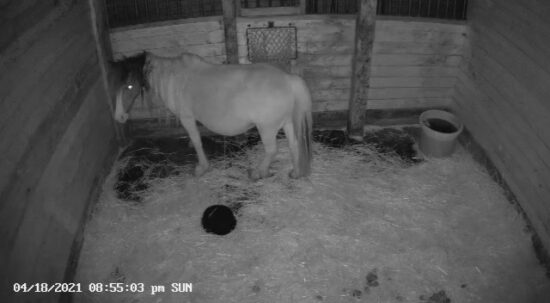 We’ve known about this pregnancy for about a month, and we initially hesitated to make a public announcement due to our concern about Sundae’s age and neglect. But we’re fully prepared for the foal’s arrival and we have the best veterinary care standing by to help us if we need them. Sundae will have her foal in a comfortable stall bedded deeply with straw, and with any luck, we’ll have some good news to share with everyone very soon!