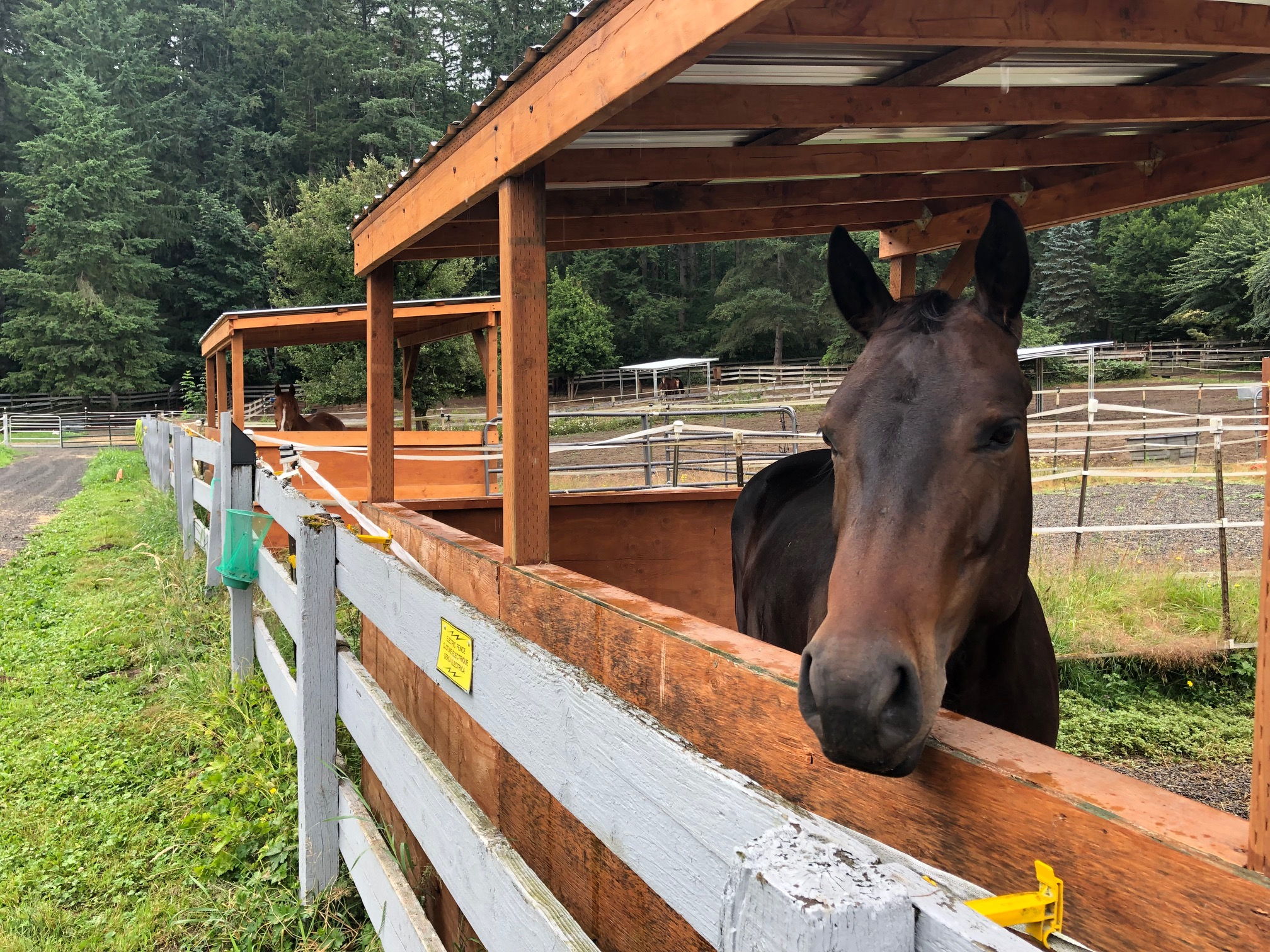 The very first time we saw Mina from a distance, we thought she was a gelding. But when we got a little closer, it became clear that she was actually a mare with an umbilical hernia. Umbilical hernias occur when the abdominal wall around a foal’s navel fails to close at birth. What you see externally is a bulge on the underside of the abdomen. This bulge is tissue and/or intestines being held in only by skin. If an umbilical hernia is small, it is unlikely to cause a problem and can be left alone. But larger hernias need to be corrected in order to prevent potential problems down the road, such as intestine becoming trapped in the hernia, which could become a life-threatening emergency.

Mina’s hernia appeared to be borderline size-wise, so we opted to have it surgically repaired rather than take any chances. She  took a trip to Rainland Farm Equine Clinic where Dr. Fleck performed the procedure. Once in surgery, Dr. Fleck realized that there was a fair amount of scar tissue, perhaps left from an attempt to (unsuccessfully) repair the hernia non-surgically in the past. Behind all the scar tissue, the hole was actually much larger than was first thought. So it’s a good thing we opted not to just leave it alone. Mina spent a night recovering at the clinic and is now home on stall rest, healing.

We were able to time Mina’s surgery so that she and Teddi could be stall-rest buddies. At night they are across the barn aisle from each other, and during the day they hang out as next door neighbors  in turnout paddocks that we modified to be about the size of a large stall. That way they’re able to be on “stall rest” but still get some mental stimulation outside. Mina gets hand walked twice daily, and she very much enjoys getting out and about. She’s tolerating the stall rest fairly well, but we’re sure she’ll be relieved when she gets to roam her pasture again.

The outlook for a full recovery from surgery is excellent for Mina. She’ll continue to be on stall rest for another two weeks and after that will be able to gradually go back to work and full turnout.