The Problem with Mara’s Eye 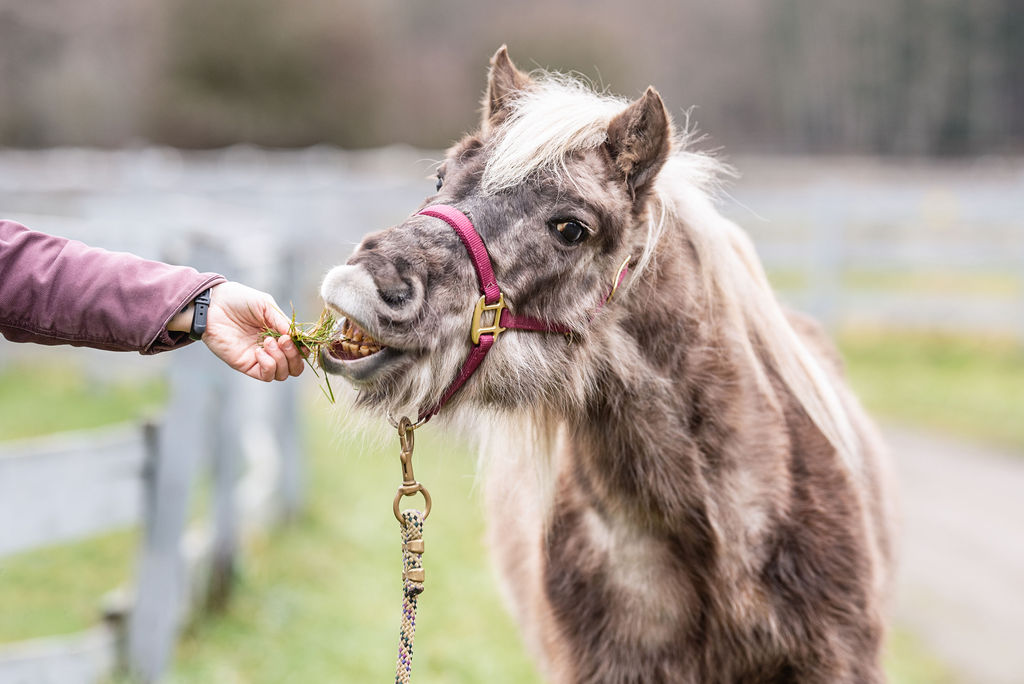 A few weeks ago, Mara’s left eye appeared to be hurting. She was squinting, had ocular discharge, and started trying to rub the pain away by scratching her head on the fence post. Dr. Renner from Rainland Farm came out to do an eye exam and found that she had a very large corneal ulceration and evidence of glaucoma and possible uveitis. He prescribed an antibiotic ointment to treat the ulcer and an anti-inflammatory to help with pain and swelling. Mara had almost immediate relief with the medications.

By her recheck appointment two weeks later, the ulcer had almost completely healed. Her discharge had cleared, and she seemed overall much happier. Dr. Renner said that he was pleased with her progress and that it looked like she could possibly keep the eye if she continued to be pain-free and we could keep flareups at bay. He wanted to give her a week without the medication to see if symptoms reappeared.

Mara had another recheck exam this week. This time, Dr. Renner took measurements of her intraocular pressure (IOP) to test for glaucoma. The IOP in both eyes was within normal limits, which is a good sign that the glaucoma is being kept at bay for now. Unfortunately, the day before the appointment Mara’s squinting and discharge returned. She had created a large new ulcer on her cornea. Dr. Renner said that it appeared as though Mara was having a uveitis flareup, which probably caused her to rub the eye and cause this latest ulcer. She has been placed back on the antibiotic ointment to treat the ulcer and we have started a new medication to treat the uveitis. The current plan is to recheck the ulcer in a week, and recheck the uveitis in one month. Because she still has vision in that eye, it would be great if she could keep it. But it’s possible that she might have to lose her vision in order to make her comfortable.

Because of her age, we want to avoid general anesthesia for Mara. Becuase of this, an enucleation (surgical removal of the eye) would not be our first treatment choice if the uveitis does not respond to medical management. It is more likely that our veterinarians would inject the eyeball with gentamicin. Gentamicin is toxic to the part of the eye that is the source of the pain. This procedure would still leave Mara blind in her left eye, but she would get to keep the eyeball and avoid anesthesia and surgery.

Luckily, Mara is a good little patient. Although she doesn’t like it, she willingly allows us to medicate her eye three times each day. Her sweet nature makes the whole process easier on everyone involved!