Time off for Oscar 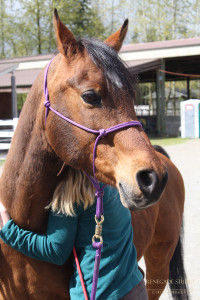 Oscar has been showing some front end lameness since his return to SAFE. This lameness, which appears to be in his right front leg, isn’t noticeable at the beginning of a ride, but seems to get progressively worse as he is exercised. Dr King of Pilchuck Veterinary Hospital donated her time to perform a lameness exam on Oscar and help us get to the root of the problem. X‑rays were clean so we are likely looking at a soft tissue injury below the fetlock joint. Possible diagnosis include injury to the collateral ligaments, sesamoidean ligaments, or suspensory extensor branches. An MRI would be necessary to pinpoint the injury, but since all of these injuries would require the same treatment, we’ve opted to move forward with stall-rest and hand-walking. We’re also going to change his trimming to rebalance his foot, as he appears to be putting all of his weight on the inside of his step which could either be the cause of the injury or the result of it. Either way, a change in the way he is trimmed will likely make him sounder and more comfortable over time.

We were a bit worried about how Oscar would tolerate stall rest and rehabilitation, but so far so good. Terry reports that he’s doing great for his rehab and walks. He loves to roll and get groomed. He is still itchy but per Dr Meyer’s suggestion we are trying him on Spirlina to help with allergies.

Here are some more photos of Oscar taken by Deunan Berkeley: 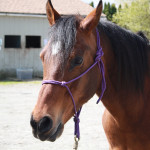 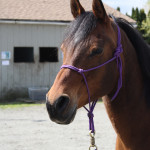 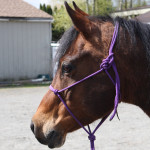 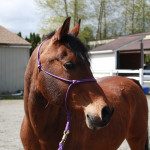 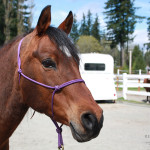 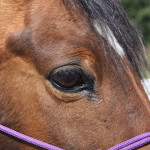 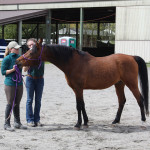 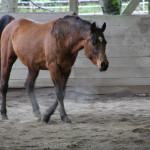 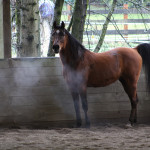 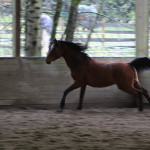 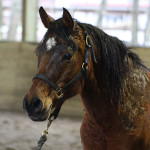 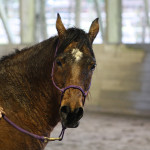 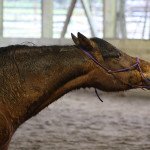