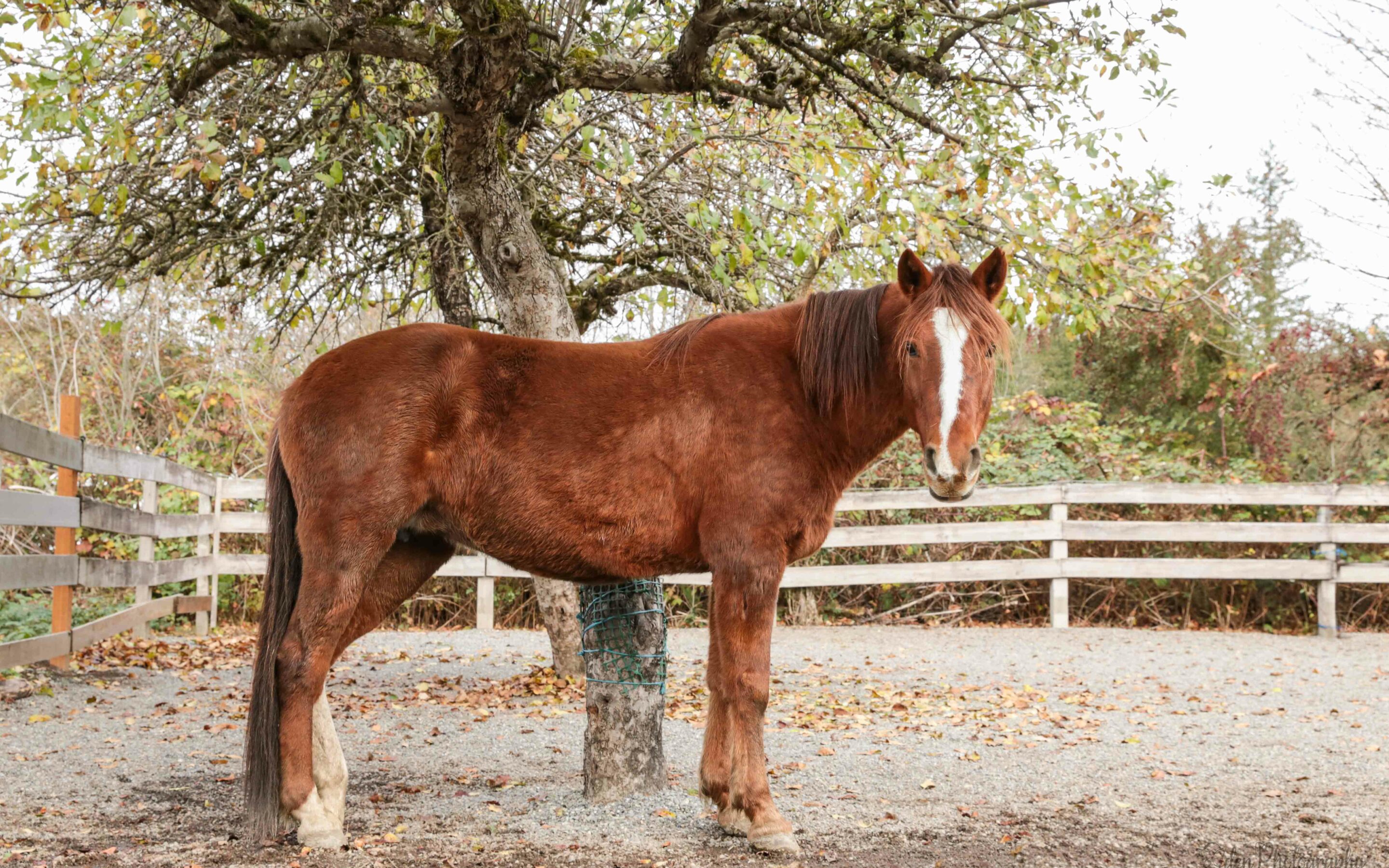 There is a journey each horse must make, a map laid out before them when they first arrive at SAFE, a pathway to a brighter future. Not every route looks the same. The topography and length vary as much as the horses themselves do – some are short and flat, some steep and winding, some end before they’ve even really began (and these particular paths, if using the map analogy, dump out into a sprawling meadow where the air is always warm and the grass is always green).

We at SAFE hope to be the outfitters for these horses, preparing them with what they need for their trips. And like the paths themselves, the supplies they need are not all the same. Some require very little, arriving with some gear, already well set up for success but needing a tune-up. Some come with gear that has been working against them, slowing them down, hurting them in some cases. Very few show up with nothing. Every experience they have before SAFE contributes to their story, in one way or another.

Tiva came to us with some baggage, a real heavy kind of load that was going to take some lightening. Her road was going to be a long one, but we would help her with traversal.

If she were to have a field journal, with excerpts cataloging her time spent at SAFE over the last 8 months, it might read something like this:

Tiva’s story is far from over, and her experiences here far exceed what has been catalogued above, but with each day that passes we hope to add another piece of gear to her tool box, so that the summits to come on her path feel far less daunting.