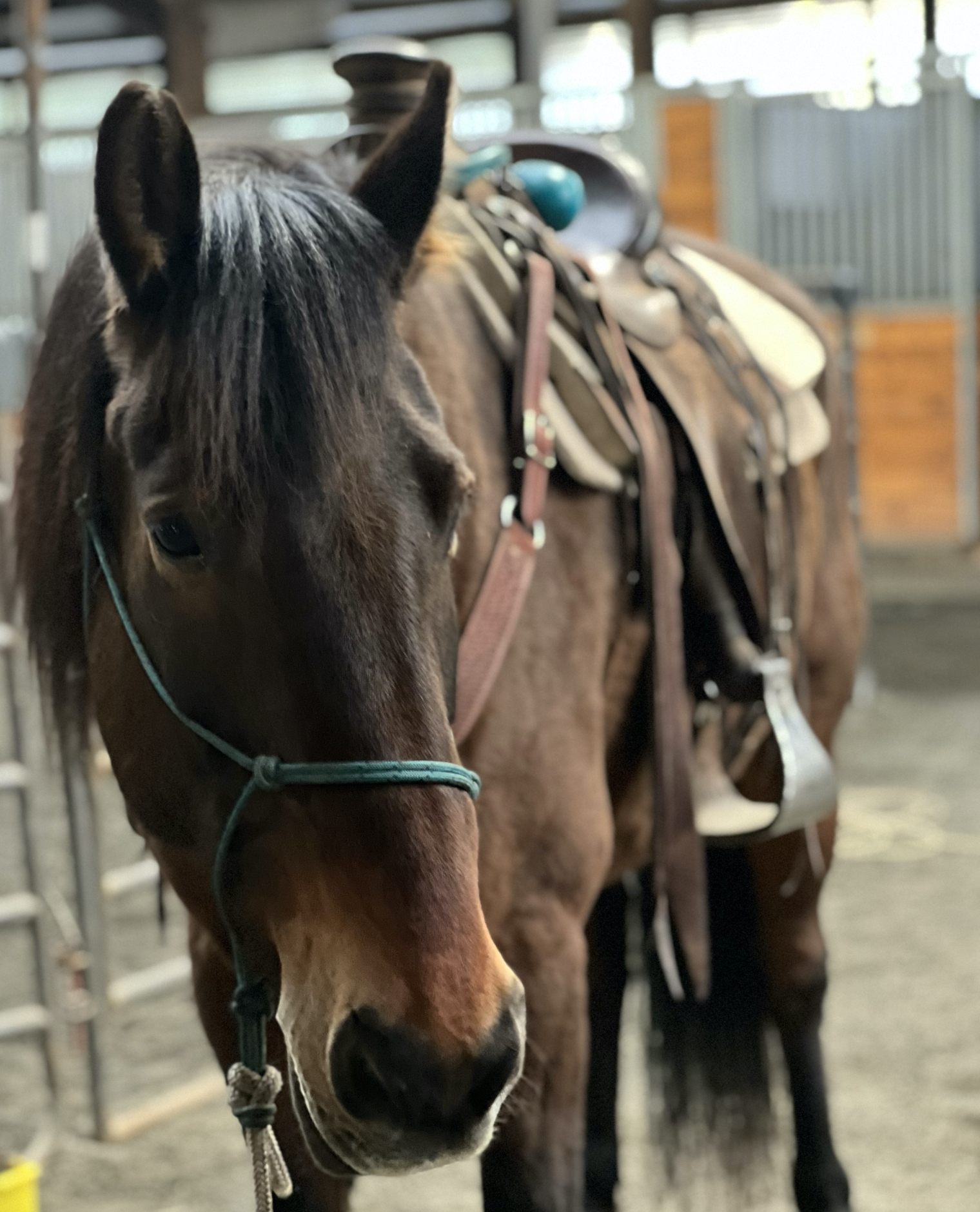 Nyx’s had his first trail ride with volunteer rider Lexee N! Here’s what she had to say about their experience:

On this Sunny Thursday (4/7/22) Nyx and 4 other SAFE horses went on a trail ride/walk. Nyx has gone on a couple of trail walks before but today was his first time with a rider and he did so well! He was mellow yet alert. Every time the path had an opening he would always turn his head to look down there to see if anything was coming, but he didn’t miss a beat walking forward and just continued on with his head low and supple.

There was a bunny that decided to run into the bush next to us, which scared me so also understandably him, too, however, he just sped up a few steps and returned to normal soon after.

Bikes are also scary. Totally valid. And we got lucky with some really kind bikers who stopped and talked with us so we could walk past safely. And although he had a rubber neck watching the bike as he walked past, he still continued a nice pace once we got around.

Nyx was so content, trails are clearly something he loves but I’m thinking he won’t be able to go alone, at least for now. He enjoyed the presence of the other 4 horses, but hopefully on the next rides we will change up positions so he can either lead or be at the end. Overall I’m so proud of this big guy and was impressed in the confidence of his steps and his head for our first ride. I look forward to more as the weather continues to get better for summer!