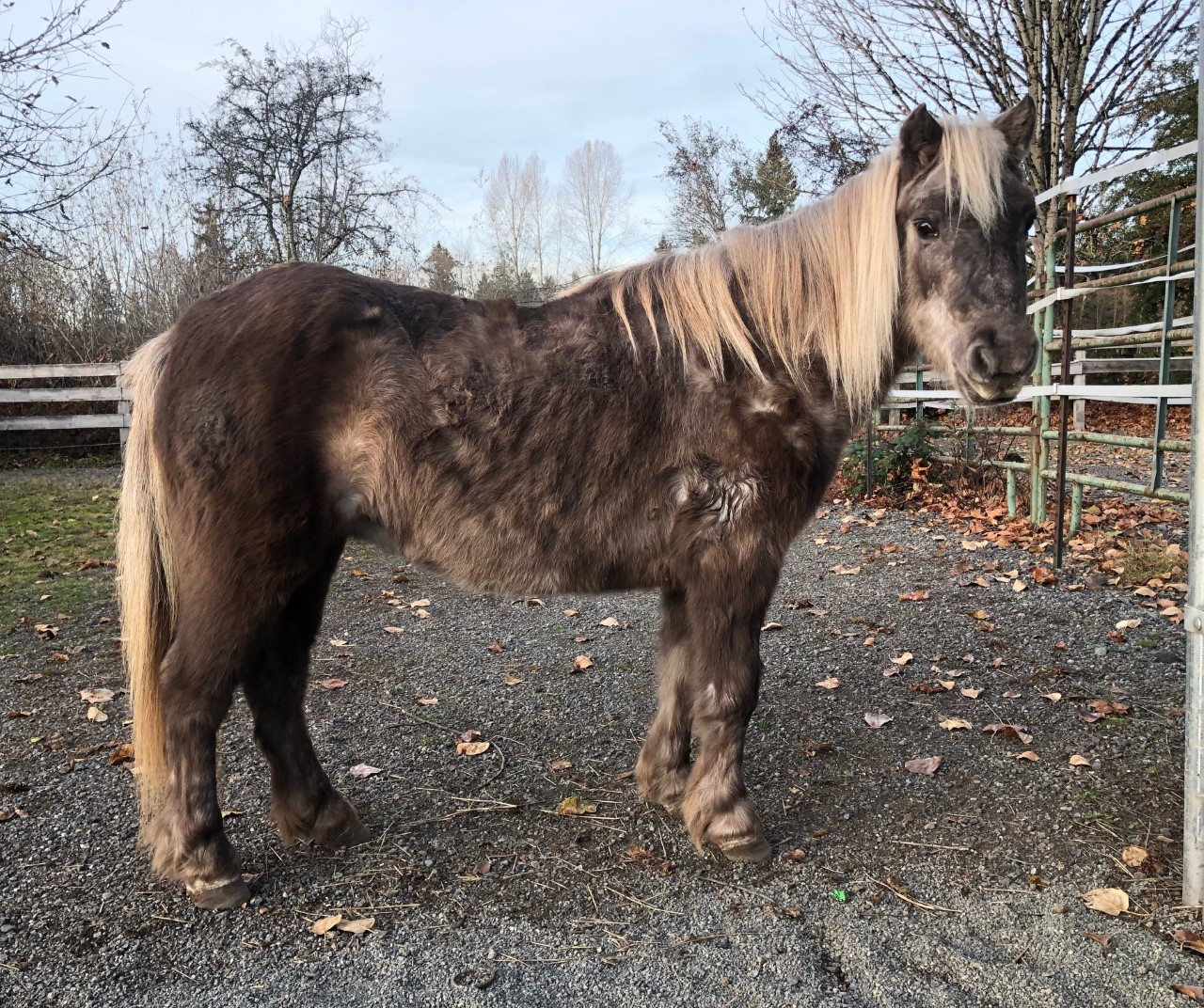 We’ve taken in several “shaggy” senior horses lately. Honeycutt, Butter, and Mara all came to us looking suspicious for pituitary pars intermedia dysfunction (PPID), and all of them tested positive. Last year, our cute pony, Sage, also got the diagnosis. PPID, also known as Equine Cushing’s disease, is a common disease among horses over the age of 15. Equine veterinarians have begun moving away from calling this Cushing’s disease because what we see in horses is different from the Cushing’s disease seen in humans and dogs. But you’ll still hear the terms used interchangeably in the horse world. In horses with PPID, the middle lobe of the pituitary gland (pars intermedia) grows abnormally large over time, resulting in the overproduction of cortisol and other hormones. This lobe can grow so much that it begins to press against neighboring structures, causing those structures to lose their ability to function properly.

One of the most recognizable signs of PPID is a long haircoat that doesn’t shed out like it’s supposed to (the technical word for this long, abnormal coat is hypertrichosis). Other common signs are increased drinking and urination, increase in or absence of sweating, a pot-bellied appearance, regional adiposity (fat accumulation in certain areas such as the neck, tail head, and above the eyes), decreased athletic performance, loss of muscling, recurrent infections such as hoof abscesses, high parasite loads, and laminitis. In really early cases, sometimes all you notice is the decrease in athletic  performance. Because PPID is such a common disease, it’s a good idea to familiarize yourself with the signs if you’re a horse owner. Early detection can help improve the quality and length of life for your horse. Although it is most common in horses over the age of 15, younger horses can also be affected.

PPID has no cure, but horses who have been diagnosed with it can have a better quality of life if placed on a medication called Prascend. Other important things to keep on top of when managing a horse with PPID are body clipping during the warm season to keep the horse comfortable, monitoring hormone levels with bloodwork periodically to be sure the dosage of medication is sufficient, routine dental and hoof care, a good deworming program, and maintaining the horse at a good body condition score with proper nutrition. Another consideration is screening for insulin resistance. About a third of horses with PPID will also have insulin resistance (IR), also called insulin dysregulation. It is this portion of PPID horses that are prone to bouts of laminitis. These horses need special dietary management and exercise in addition to Prascend. Feeding hay that’s low in sugar, eliminating grass turnout or use of a grazing muzzle while on grass, and soaking hay to remove excess sugars are management techniques that are important for horses with IR.

With proper care, a horse with PPID can often still live a long and happy life. The additional diagnosis of IR can complicate things further, but management of both diseases is possible and quite doable with a little effort and education on the part of the horse owner.