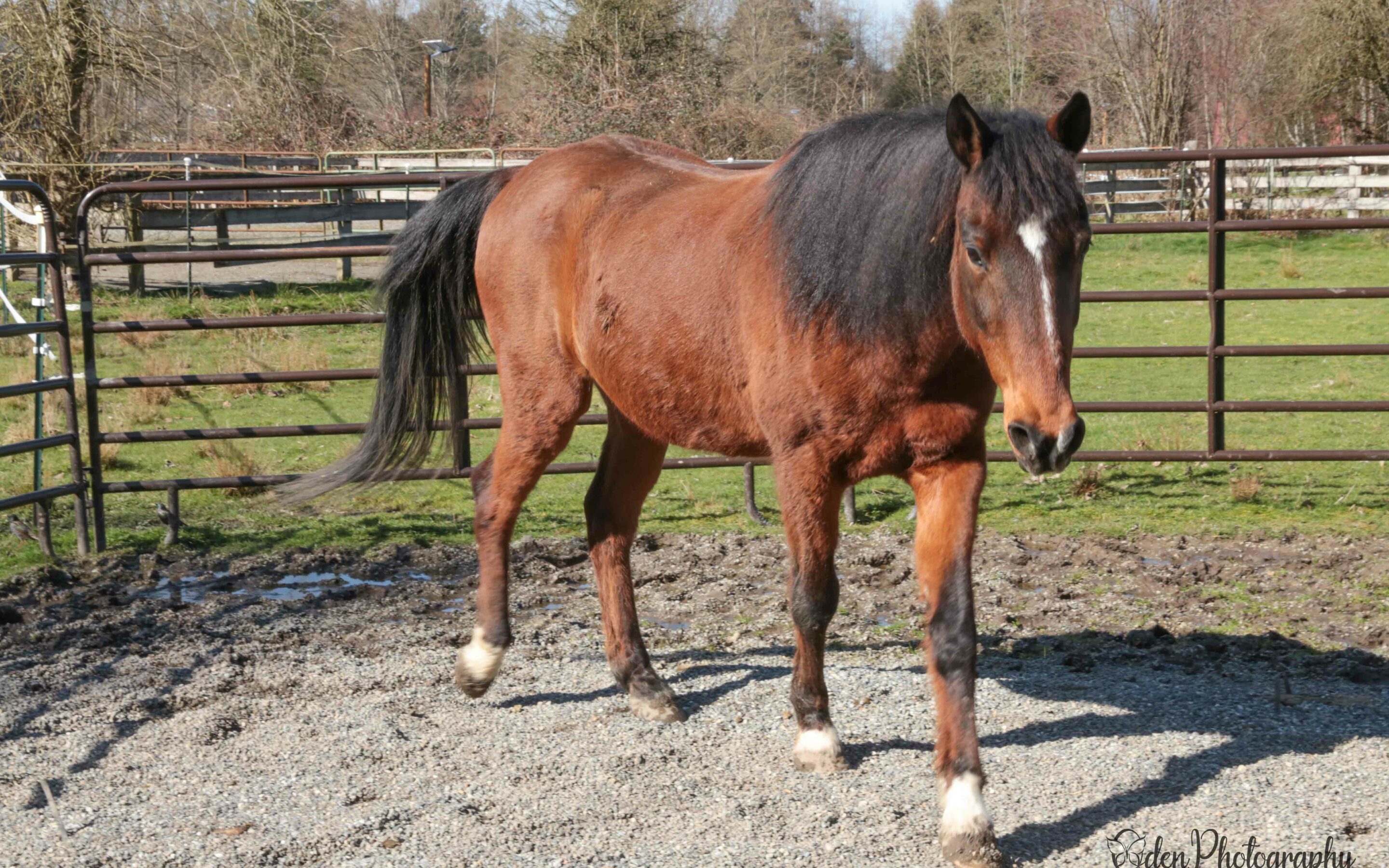 Mac’s bandage was changed on Monday and it looks good! The wound is starting to fill in and we will be starting him on oral antibiotics this week. He isn’t the best for worming, so we will see if he will eat it with a little grain. If not, we will try a feeding syringe. Our backup plan is to have our vet come out to give him a shot of Exceed, but if we can avoid that, it will cut down on Mac’s considerable vet expenses.. He has another bandage change scheduled in 5 days. Once the wound has filled to a flat surface, we will change the bandage ourselves.

For now, Mac is on stall rest. He misses being next to his buddies when all the horses leave the barn in the morning. To keep him company, we’ve created a small little pen outside his barn door window. Sunny and Shasta keep him company during the day in the hopes he won’t pace in his stall as much. It seems to be helping. He takes a bite of hay, peeks out to check on them, and drops a little hay on the ground for them. It’s mutually beneficial. Sunny and Shasta get a little extra hay from the sky and Mac has some friends. 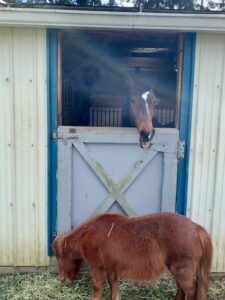 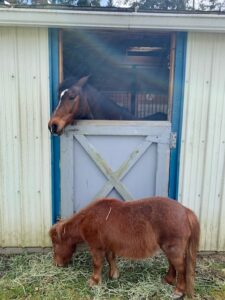