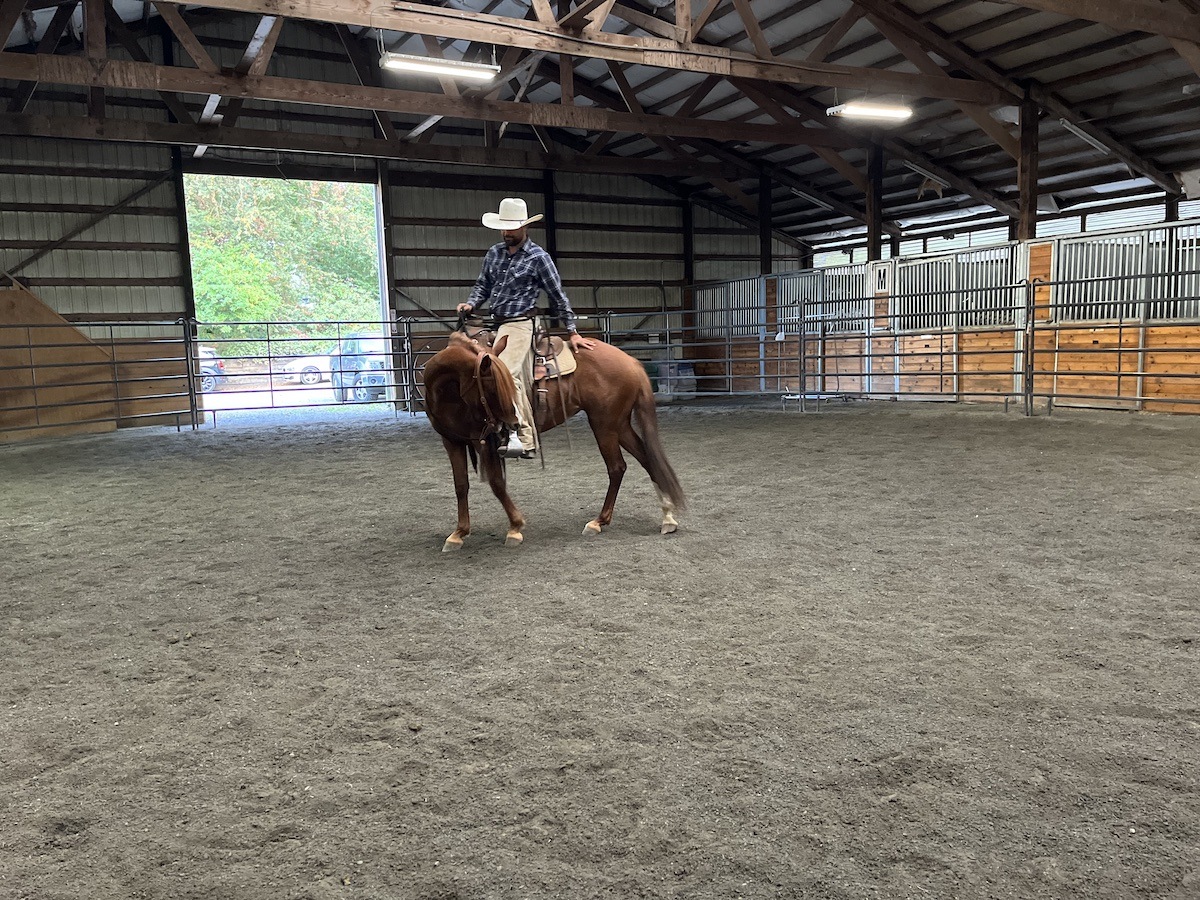 Veronica is a riding horse!

There is a spectrum here, of course. Veronica’s first rides would have been more suited to a rodeo setting – she would have made a fine saddle bronc, don’t let her size fool you. And while she’s still quite some time away from being ‘grandma’s horse,’ she has certainly made some serious progress from those first few times with a rider.

Veronica’s sense of self-preservation is immense. This might work to her advantage if she were a wild horse, because she would be on high-alert for predators and ready to run (not to mention kick) at the drop of a hat. But for a horse bound for domesticity, and ideally one with a future as a riding partner, these traits are not the most beneficial. She is a sweet, sensitive mare, but when she enters her flight or fight mode, it becomes difficult for her to look to us humans for support. There are points where you can see her ability to rationalize vanish, and all she can do is run or buck or kick. With each hour spent in the round pen with Veronica, having her change eyes on the rope around her legs, drag a tarp around, hook on, get touched by the flag, bump up to the panel, and all manner of other activities, we train Veronica’s thinking brain to be the one that takes the driver’s seat when the road gets bumpy, with the hopes that eventually she will know that she has all the tools she needs to handle any situation she encounters.

One of her major challenges is turning loose to her outside eye, which means that a stirrup moving (or sometimes just being present) can set her off. It was hugely important that a skilled horseman like Joel was able to put the first few rides on Veronica, because he was able to really ‘go with her’ while she moved and not reflexively squeeze or touch her with his legs. As she grew a bit more confident with a rider, he would pet her a little with his leg as they rode, just so she could get used to the sensation, since eventually there will come a time when someone gets on her who might squeeze a little (or a lot!), and it’s important for her continued success that she be able to handle all kinds of differences amongst riders. It starts slow, in the beginning, but the goal remains the same – for Veronica to be safe for people, with security in her own self a crucial step in helping achieve that goal.

With each ride, Veronica gets a bit more accustomed to having a rider, and is continuously rewarded for her try. What started out as a veritable bronc ride, with Joel having to talk her out of trouble, has now become a much more relaxed journey through the gaits – now with a snaffle bit!

You can see a pretty comprehensive cross-section of Veronica’s rides documented here — from her very first, to her most recent at the time of this post. Veronica would not be where she is today without the sweat, tears, and very hard work of Candi, Joel, and Terry, whose dedication, patience, and tenacity help empower Veronica every time they interact with her. This is a special little mare, and we all look forward to continuing the journey alongside her.