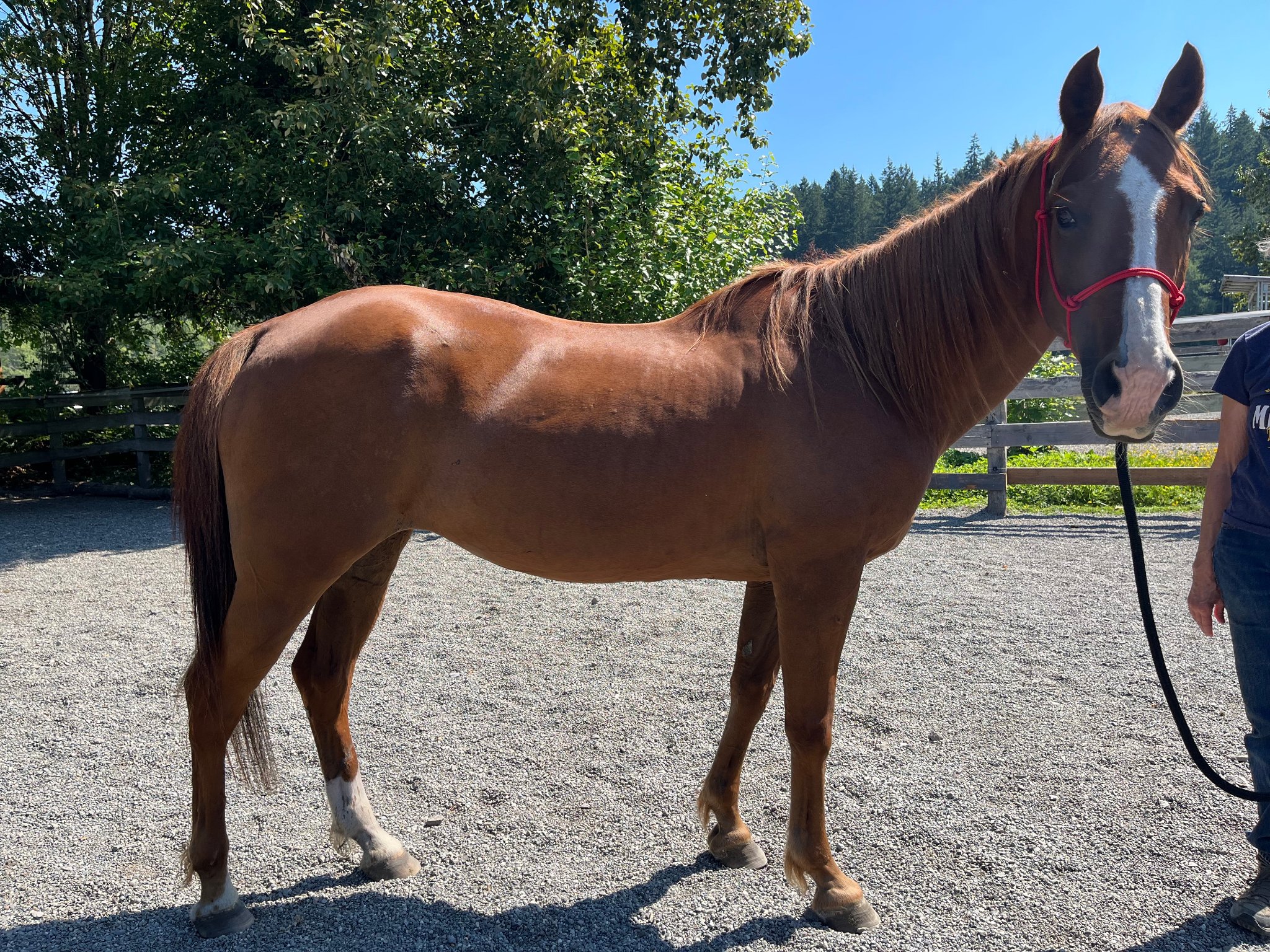 Sometimes, the rescuing begins before horses even arrive at SAFE. When the horses now known as Pomme and Dolly were first seized by animal control, they were in rough shape. Pomme, a 25-year old sorrel grade mare, had the concavity between rib cage and spine that is indicative of the lowest body condition scoring numbers, a ratty coat that had not fully shed out, lice infesting her deadlocked mane, and overlong hooves. Dolly, her 10-year old Tennessee walking horse companion, had fared a little better in this neglectful state, but not by much – while she wasn’t quite as thin, she was still a bit too pointy, and had the same tangled, lice‑y mane and long feet as her friend. The mares were taken into Pierce County Animal Control’s care at the end of May, and were with them until they arrived at SAFE the last weekend in July. 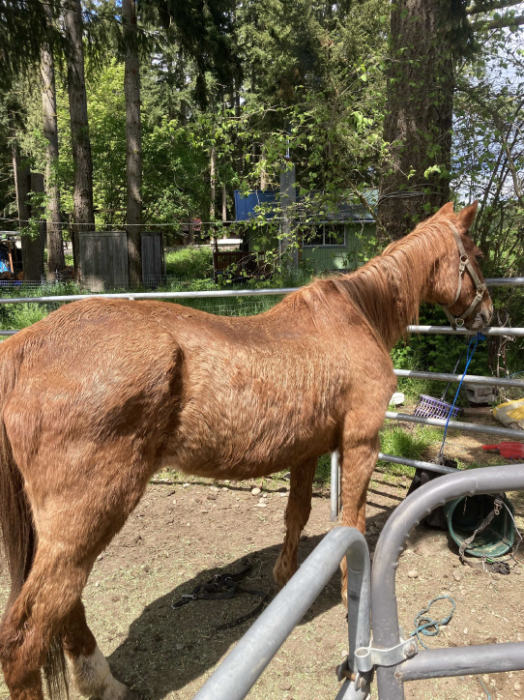 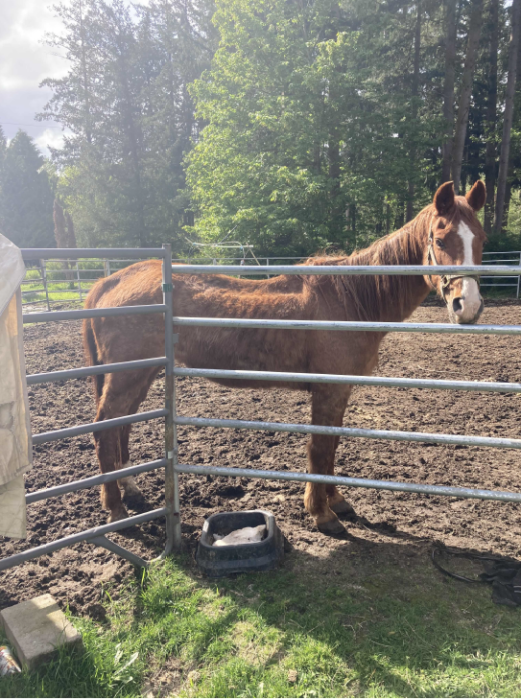 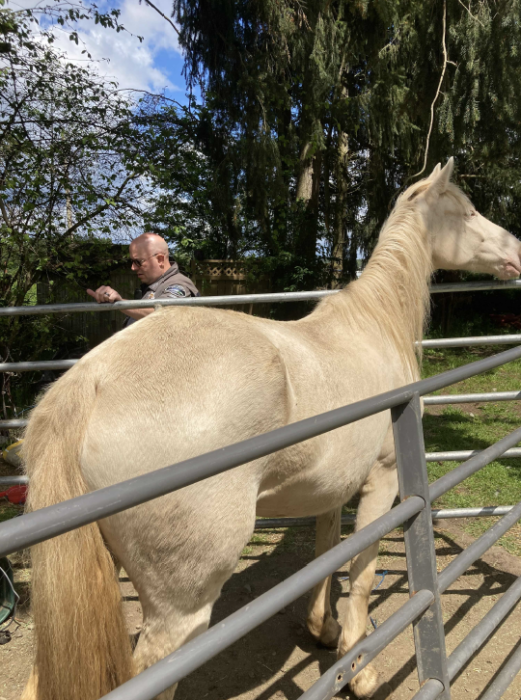 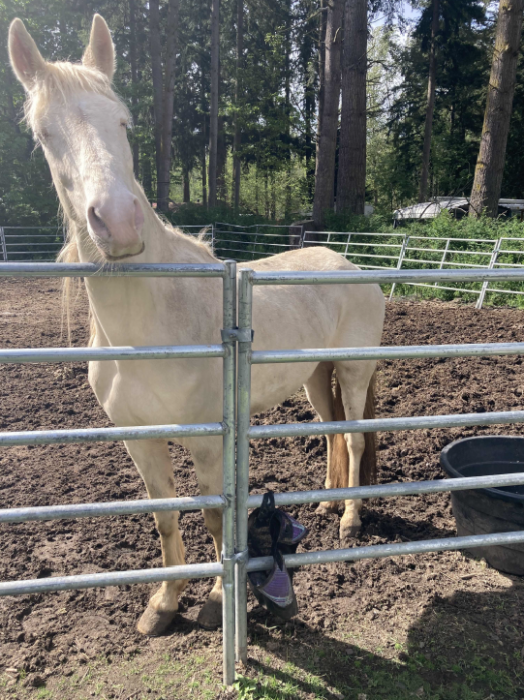 When they stepped off the trailer at SAFE, Pomme and Dolly were almost unrecognizable from their intake photos. Pomme, now sporting a shiny slicked-out coat, was much more round than the skeletal version of herself who had existed only a few months ago. Dolly was equally as shiny, and had put on all the weight a healthy horse should exist with. Their once tangled manes were now lice and tangle free, such that you could run your fingers through. They arrived vaccinated, having recently seen the farrier for an initial trim, and with their teeth floated and their worm-loads taken care of. These mares, who had seen so much neglect, found the softest of landings under Pierce County Animal Control, and the wonderful volunteers they work with’s, care. We are extraordinarily grateful to be able to partner with such phenomenal people who do so much to aid in the transformations of horses like Pomme and Dolly.

These two mares haven’t been with us for very long, but have already made an impact. Both are total sweethearts who enjoy pets, grazing with friends, and all the attention they’re getting here at SAFE. It is early days yet, but we look forward to getting even more acquainted with these two and getting on the road to finding them loving homes. 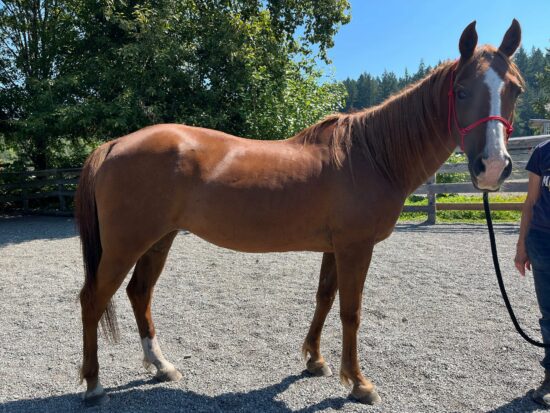 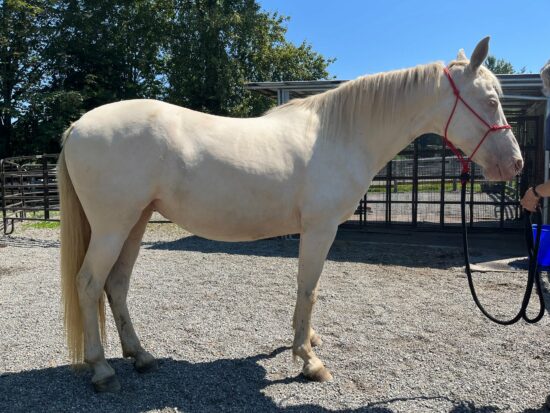 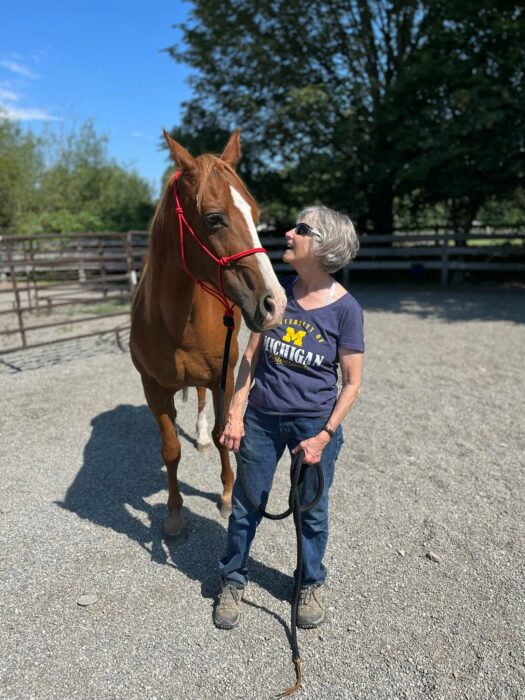 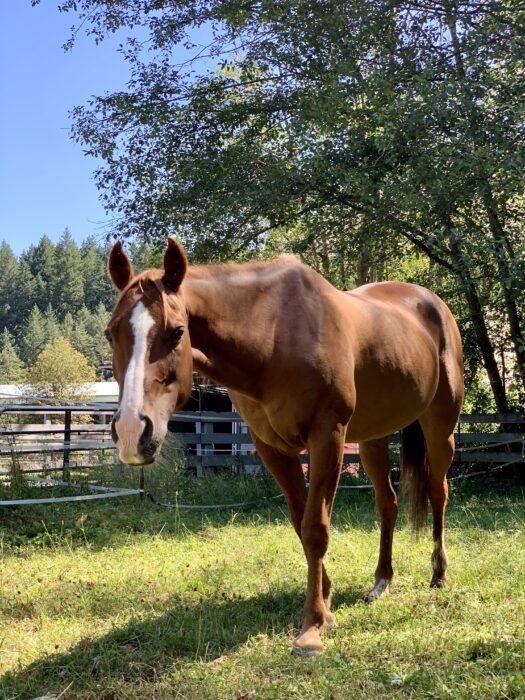