Whisper was rescued a week ago by Snohomish City Animal Control. Whisper was being kept in the backyard of a Snohomish city resident along with 3 other horses and severely neglected. Apparantly, Whisper went down and couldn’t get up, and she called Pilchuck out. They found Whisper on her back in a trough she had dug for herself, feet in the air. She was severely emaciated and dehydrated and the vet administered an IV and told her to blanket the filly. The owner contrived a blanket out of a sleeping bag and a shower curtain, tied on with baling twine. The owner had put the other three horses in an neighboring pasture and told the vet they were not hers when asked. The next day, a neighbor saw that one of the other horses (a half sister to Whisper) was dead and contacted Animal Control and the police, and when they arrived on the scene, Whisper was nearly dead. Laura Clarke, msclarkee here on the bulletin board, is also a Snohomish City police officer. The city Animal Control, since they had no place to put a horse, contacted Laura knowing she had horses and has worked with horse rescues, and asked her to take the horses, and Laura obliged. A vet was called for the filly and the city, worried about the expenses of caring for these horses with no budget to do so, reached out to the media for help. But what these horses really needed, were a place to go, a rescue group. And Laura called the rescue groups, and the response she got was the same — all full. That was true even for SAFE, we simply did not have room for the horses, not even Whisper.

As Whisper was near death at the time of her rescue, and had to be lifted into the trailer, she continued to struggle after her rescue. She was having trouble maintaining her body temperature, and having trouble getting to her feet after lying down. She has several large pressure sores on her body from being down and struggling, including one on her left stifle that is very large and swollen. She’s got very bad mud fever and her legs are very swollen. She has several areas where her skin has been rubbed raw — including on her face from what must have been a halter. She supposedly around 2 years old, but she’s very small — about the size of a yearling. Her body condition score is about a 1.5, so she is heartbreakingly thin. But her appetite is good, and she’s bright, alert and interested in her surroundings, and she seems to have a strong spirit.

Eventually however, Whisper’s care needs were taking the toll on Laura and her husband, who work long hours in addition to caring for their own farm, horses, and boarding business. When Whisper began lying down and having trouble getting to her feet, requiring as many as 7 people to get her up, she quickly felt overwhelmed at the care requirements of such a compromised filly, and she reached out to us and Dr. Hannah for help again, and offered a solution to our space problem by offering to take one of our horses (she is currently fostering Summer), so that Whisper could come here.

Whisper’s currently bundled up under two blankets and heat lamps to try and keep her warm. She’s doing well, so far, but her condition is still very guarded, as she is still very weak. Because of the extreme cold, I will not be taking photos without blankets on until it warms up a bit.

Here is a link to a video that aired on KOMO about the story:
http://www.komonews.com/news/35765099.html?video=YHI&t=a

Here are some photos that Laura provided me from her first week after rescue: 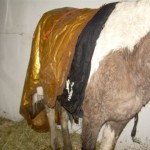 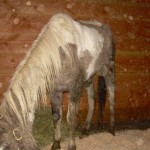 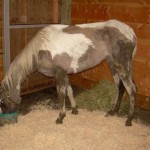 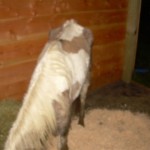 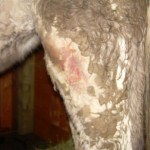 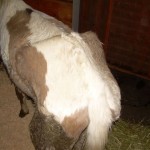