We could not be happier to officially announce that Atticus has been adopted! Our sweet old man has found himself a wonderful new home where he will live out the rest of his life in comfort, and receive the kind of care that he has always deserved. We’d like to thank Bernice and Joe S for opening their home and hearts to Atticus. Bernice tells us it feels like Atticus has always been part of their family, and that his homecoming last week felt like it was absolutely meant to be. I think we all breathed a contented sigh of happiness when this particular adoption came to be…it’s hard to imagine a nicer horse finding a nicer pair of humans, and it’s such a comfort to know that Atticus has a place of his own and that he will never again be mistreated.

But there is something about this situation that makes it even more perfect that what I’ve just described. When Atticus was rescued last October, he was one of two neglected horses found on a property in Snohomish. Atticus had a close friend, a beautiful paint mare that we called Scout. Help came too late for Scout, who was suffering from painful laminitis in her front hooves, a pain so agonizing that she could barely walk. There was nothing that could be done for her, and with deep sorrow and regret, she was humanely euthanized to end her suffering. Losing Scout had a profound effect on her friend Atticus, who continued to call for her and look for her, days after her passing. Eventually his heart recovered along with his poor neglected body, and he would go on to make friends with other SAFE horses and former SAFE horses during his time in our care.

So imagine how it felt to all of us when Atticus arrived at his new home and met his new pasture mate: a beautiful paint mare named Jazzy. It was love at first site for these two elder horses, and Bernice tells us that Jazzy is absolutely smitten with her new friend. They have settled into a happy routine together, and will even share their hay. Jazzy is a bit older than Atticus and doesn’t always move as quickly or as easily as he does. On their first turnout together, Atticus went exploring up the hill in the pasture. Jazzy wasn’t quite up to the task, and when he got too far away, she called out to him. Atticus looked back in surprise, then proceeded to gallop straight back to her to take up his usual place by her side. It’s beyond joyful to know that Atticus has found someone to ease the heartache of losing Scout, and take her place alongside Scout in his heart. We couldn’t have dreamed up a better fairy tale ending for this dear old horse. We hope that he and Jazzy will have many happy days together.

There are plenty of SAFE horses who hope to some day be as lucky as Atticus has been. Every horse deserves a person of their own, a home of their own, and a friend of their own. The joy and happiness that Atticus gets from his new family is joy and happiness he gives back to them every day. Surely there is a place in your home and your heart for a horse that needs you? We have so many fine individuals who are ready to leave the rescue and start their new lives. See them all right here: Meet the SAFE Horses 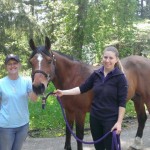 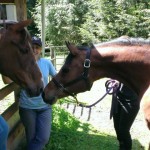 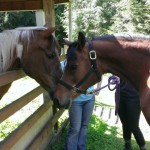 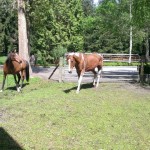 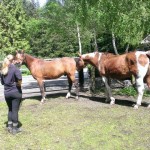 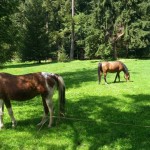 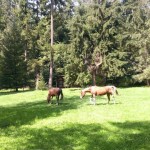 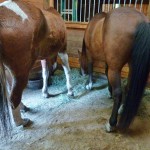 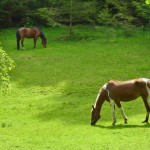