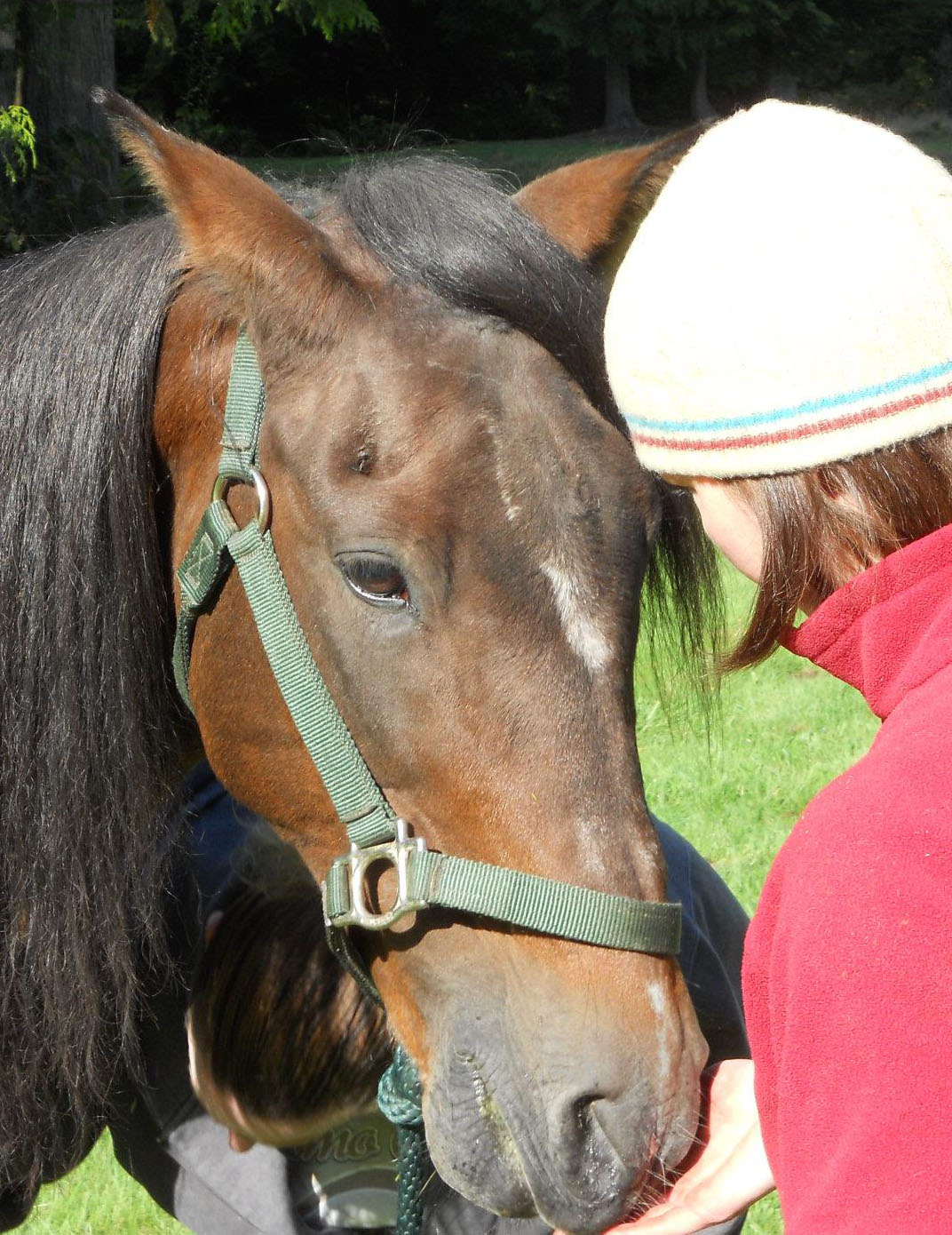 Horse rescue has its highs and lows, and in order to keep going, we focus on the highs whenever we can: the before & after photos, the success stories, the happy adoptions. But today, we’re feeling pretty brokenhearted. We know that we can’t save them all. But that hardly eases the pain when we’re faced with a horse that we can’t save.

We didn’t know his name, so we called him Brio. He was a small bay stallion with a smudge of a star and two white socks, and our best guess was that he was a Peruvian Paso. He had been abandoned, found by a realtor locked in a stall alone in a barn on a property that was for sale. Picked up by King County, he was held as a stray for 5 days while they tried to figure out who he belonged to and when they couldn’t, he was released to SAFE. As soon as we got a good look at him, our hearts sunk. Brio was rail thin with a protruding spine and hipbones. His joints were all enlarged, especially his hind fetlocks which were enormous and painful-looking. His skin was weirdly elastic in several places, and could be lifted away like it was unattached to the muscles below. He was transferred to our vet who diagnosed him with Degenerative Suspensory Ligament Desmitis (also known as DSLD/ESPA).

It was clear to everyone that Brio was uncomfortable and in pain. In light of his condition and his age (estimated at 25), the decision was made to let him go. So today, on a stunning Northwest fall day, with a belly full of grass and in the warm light of the sun, Brio was humanely euthanized. His suffering is over and for that, we are very grateful.

But now that it’s over, we’re all feeling especially heartbroken over Brio. We only knew him for a few days, but we liked his pretty face, his talkative nature, and the cute way he would peer through a crack in the back corner of his stall to watch the horses in the arena. We all feel very strongly that humane euthanization was the right choice for this horse, and we are relieved that his suffering is over. His death was dignified and humane…but his life, at least in the end, was a tragedy. This horse belonged to someone who cared so little for him that he was thrown away like garbage. And we will never have the chance to make it up to him. That makes us very sad. It also makes us very angry.

All we can do for Brio now is continue to fight to keep other horses from suffering the way he did. That is why SAFE is committed to supporting local Animal Control agencies whenever we possibly can, so that people who abuse and neglect horses can be found, stopped, and punished.

Godspeed, Brio. We will never forget you.