Bucky B Lucky: a TV Star!

January 5th was an exciting day for SAFE and Bucky B Lucky.

A few weeks ago, we were contacted by a reporter named Jenny Cunningham from KCTS‑9  (the Seattle PBS television station). She told us that she was working on a story about what happens to racehorses once they leave the track.  She had seen the Seattle Times article about Lucky and decide to use Bucky B Lucky as the centerpiece of the story.

So on January 5th, Jenny and her film crew came out to SAFE to film Bucky B Lucky for the story. Lucky wasn’t sure what to make out of the camera being pointed at him at first, but he quickly figured out that it meant him no harm. He was friendly and charming, and acted as a great ambassador for off-the-track thoroughbreds. 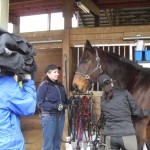 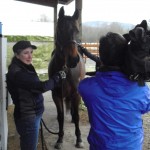 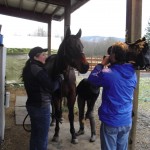 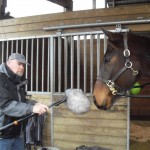 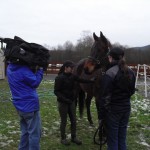 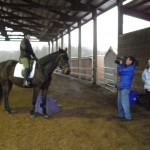 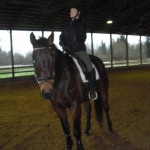 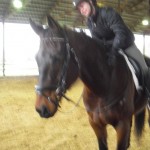 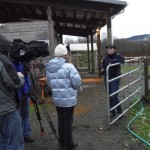