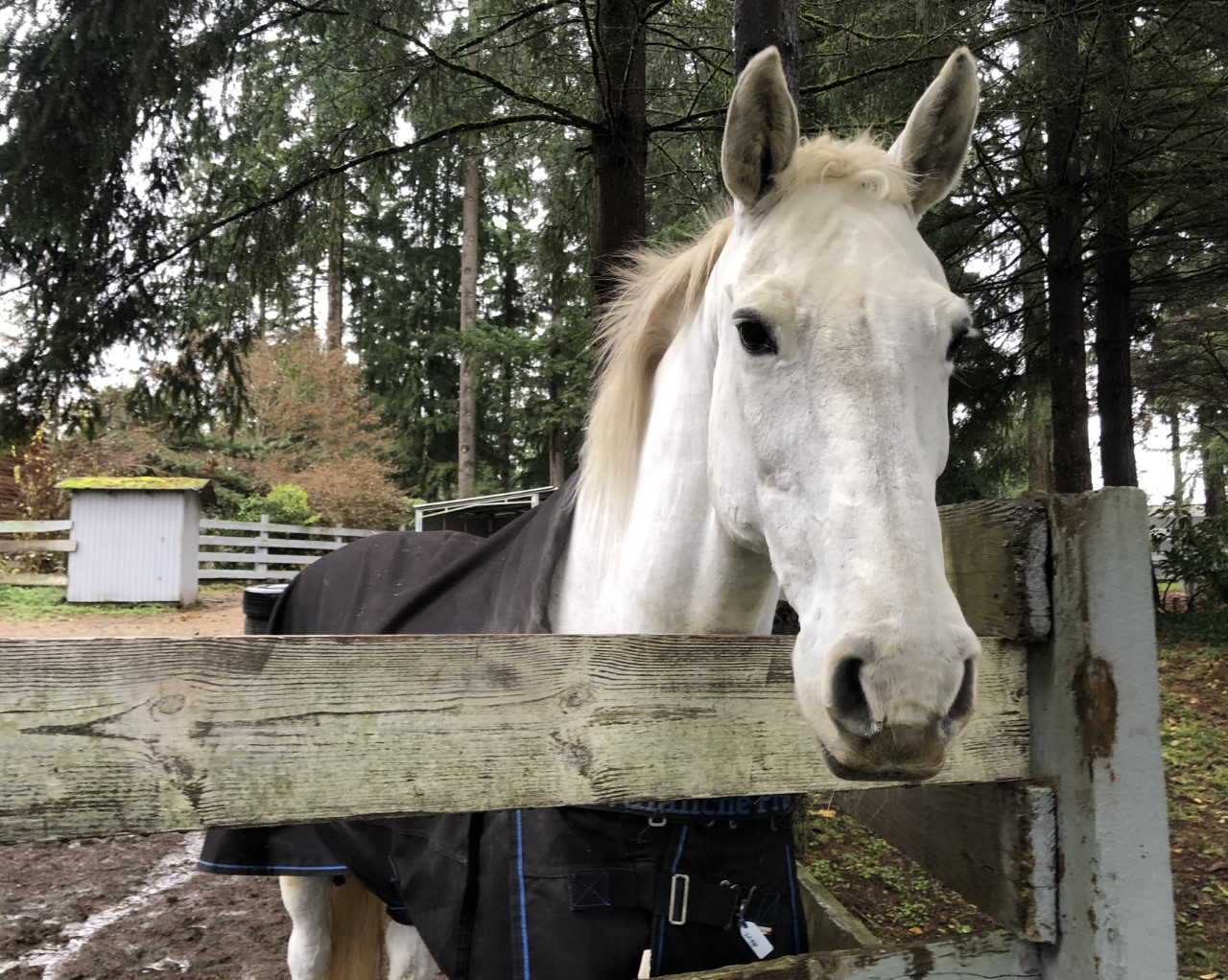 Bathing Butter has been something that we’ve wanted to tackle due to her perpetually grimy, shaggy haircoat. The hope was that a bath with a medicated shampoo would help her be less itchy. None of the oral supplements and antihistamines that she’s been on have seemed to help the matter, and our next option would be oral steroids. Due to her Cushing’s disease we want to reserve the steroids as a last resort because that has the potential to cause laminitis. But getting a medicated shampoo down to her skin was a struggle with her long hair, and the nice warm days that are conducive to bathing are behind us. That long, thick hair takes quite a while to dry. 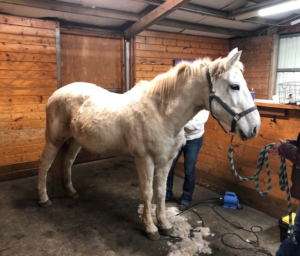 We reached out to Stacey of Equine Clipping Services to see if she had time in her schedule to do a body clip for Butter. Luckily for us, Stacey had a cancellation and was able to squeeze Butter into her otherwise packed schedule the following day. Our sweet grey mare was a champ for the clipping. We were told that she had been body clipped without sedation upon her arrival at the animal control facility, so we weren’t surprised to see her stand patiently for Stacey. She didn’t so much as flinch at the clippers. There was a little spook from her when rain started to pour down on the barn roof mid-clip, but we occupied her with hay and she settled right down again.

The post-clip bath was uneventful, as well. Butter told us that she’s got a lot of life experience and that a warm bath on a stormy night was no big deal. She really seemed to appreciate the scrub down. We’re amazed to see what a beautiful mare was hiding under that shaggy coat. She almost looks like she has some type of warmblood or even some Spanish breed in her. And she looks 5–10 years younger now! But the best news of all is that Butter’s itchiness seems like it may now be a thing of the past.

Because she was un-medicated for the Cushing’s until she arrived at SAFE, her long coat grew back in pretty quiickly after her first body clip. But now that she’s on Prascend, we hope her hair will grow in a more controlled manner.

Many thanks to Stacey for helping Butter look and feel her best! 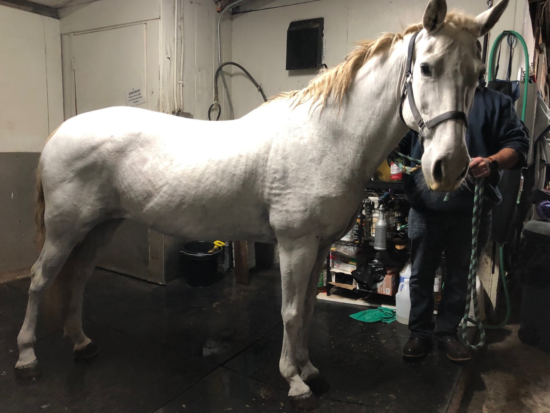