Chip has made such great progress in the past few months and I can’t help but be proud of all his accomplishments, no matter how small they may seem. When he first came to my farm, he was very timid. He seemed to have some difficulty getting along with the bigger horses, not because he was behaving aggressively towards them, but because they were pushing him around. But given time, he has forged tentative friendships with the other geldings, and it’s pretty great to see him seeking out their company.

Towards me, Chip is a real sweetie. He’s very vocal and always has something to say. He’s very bright and friendly, and seems to enjoying being petted and even being hugged from time to time. He’s naturally very gentle and respectful of my space, and I never feel unsafe around him, even though he hasn’t had a great deal of handling in his life. He still likes his stall an awful lot, but things are much more pleasant in the barn because he now consistently goes outside into his paddock to urinate instead of doing it inside. Like I said, we celebrate the small victories around here.

I could tell from looking at him that he would occasionally enjoy a roll in the dirt (or mud) from time to time, but the first time I spotted him lying in the pasture enjoying the sunshine was a very special day for me. He really is a very brave horse, and you just have to admire him for everything he’s overcome since his rescue. I really hope that he continues to gain confidence as time goes on. He’s a pretty special horse. 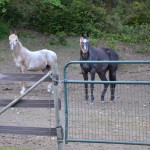 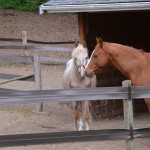 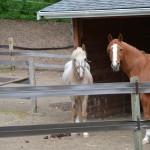 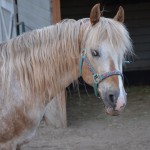 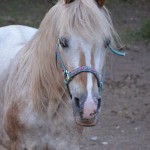 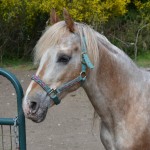 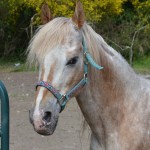