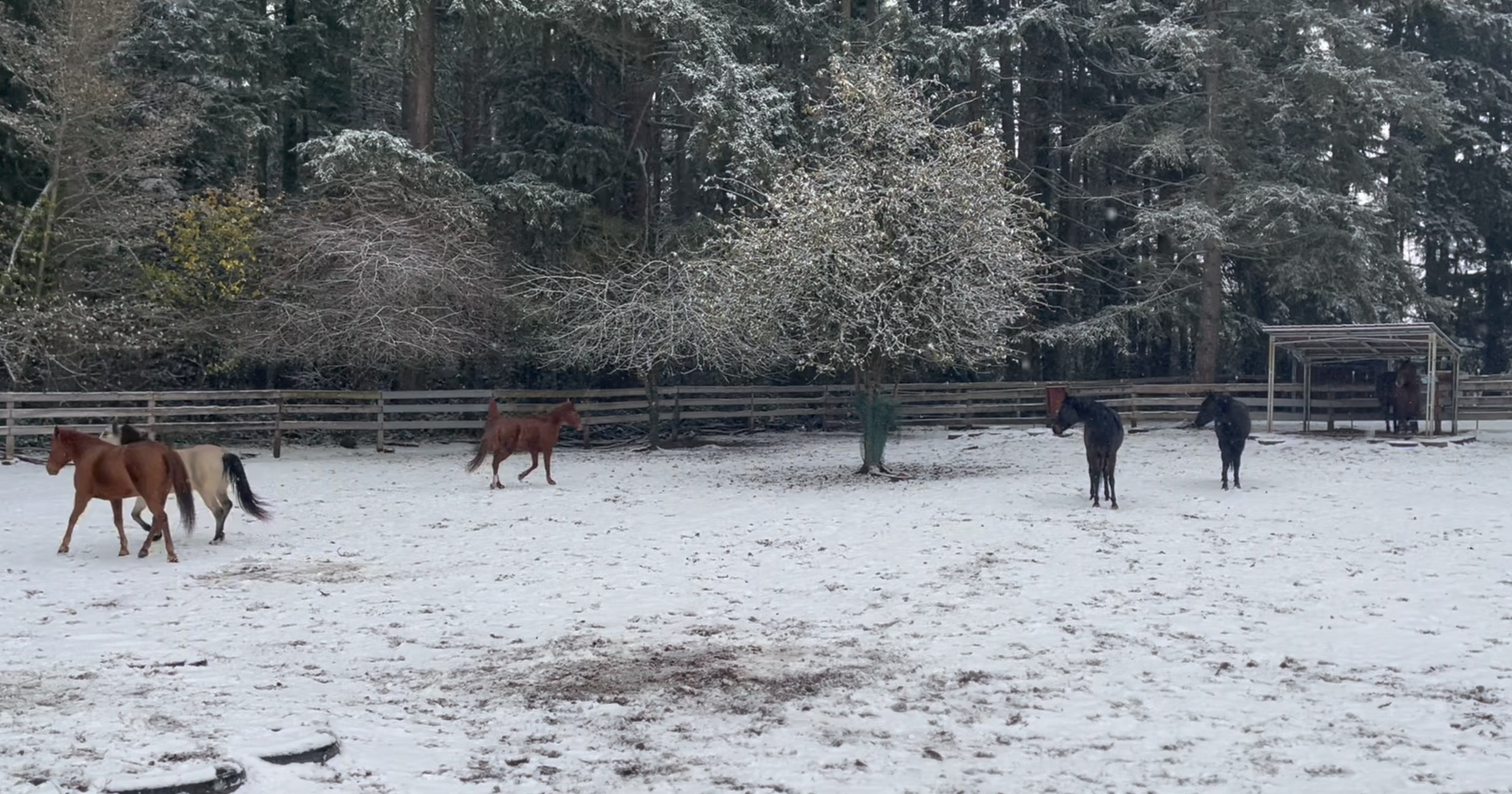 The nature of SAFE is that it is a transient place, meant to be a pause in the life of the horses who come here, a comma in their lives, not a full stop. What this means is that things change on a regular basis – we play musical paddocks quite often (though all of the horses have a chair at the end of it). What it also means is that herds grow and shrink as horses come and go.

For Nova, born on property, it is only to be expected that she has seen multiple shifts in her living situations. Over the summer, she was turned out with her fellow SAFE-born baby, Rae, and more recent addition, Valentine. The three enjoyed months of grass together and nights spent sleeping under the stars in what we colloquially call ‘the filly’s paddock. But Rae had a clinic to attend, pulling her from the group and into a separate space where she could quarantine upon her return, and Valentine found a home, leaving Nova without a herd. 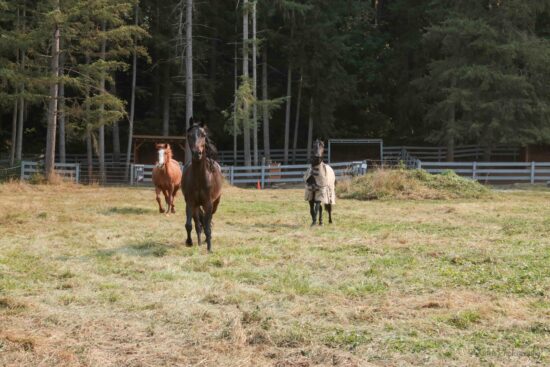 Valentine, Nova, and Rae having a romp together this past summer

But, as I said before, things never remain stagnant for long. We had intakes coming to SAFE who needed a place to land, which meant it was the perfect time to get a herd together – specifically, a mare herd.

Introducing horses is always a bit nerve wracking. As herd animals, they are born to work things out amongst themselves and establish a pecking order, but it certainly is difficult to remove the human emotion from the event. Our new mare herd would consist of 6 horses, all with different personalities and established roles in their own, smaller herds. There was bound to be a little drama. And there was, of course. Some kicks were aimed and some running was done, but everyone did, in the end, work it out, and we breathed a sigh of relief.

So – back to Nova. This herd, of which she is a part, includes:

her childhood friend, Rae, who she greeted with exuberance once they were re-introduced. Nova has always been the boss out of the two of them, and though she was clearly happy to see her friend, wasted no time in solidifying that dynamic between them.

Bijou, who Nova initially flocked to, the two of them getting into friendly spats over which hay box is the best one (“Oh you’re eating from there? Actually that’s the one I need to eat from!”).

Frosting, who despite being a youngster, has learned quite a bit about being the boss from Fancy, the herd’s current leader and Frosting’s long time friend. Frosting and Nova get along famously, and even though Frosting will pin her ears and Nova will squeal, the two have been seen snuggled up on multiple occasions.

These girls get up to daily shenanigans, mostly consisting of playing games of tag and making little plays for dominance. Other typical activities include rounds of ‘ring around the hay net’ and mid-day slumber parties.

Each morning at turn out, Nova gives a gleeful little buck as she runs off to join her friends at the haybox, encapsulating the way we all feel about watching a happy horse in a herd: yeehaw!