Lucky is SUCH a sweet boy, with great manners, very neat and tidy in his stall. The LF leg is ugly, and he has a hard lump on his RH as well, just above the fetlock. He’s covered in bites and kicks from the other horses at the auction house. We took him out today for some hand grazing and grooming and he was just so sweet and polite. I really like this horse!

Unfortunately, Lucky appears to be a mild cribber. Not really very determined about it, and mostly I saw him grab and hold the stall rail, but not make that disgusting windsucking sound. (Removed as this behavior has not continued and he is not a cribber). My other concern, other than his LF ankle, is his left eye, which is quite noticably cloudy, although it has no discharge or sign of injury. He seems to see out of it just fine, but its something to add to the list to get checked out. But he’s eating well, settling in well, and getting a lot of admirers. 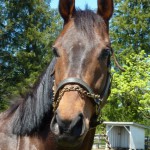 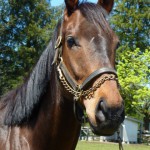 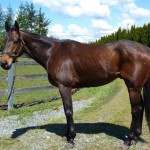 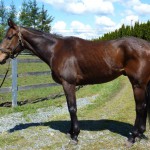 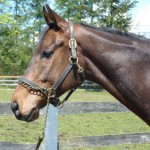 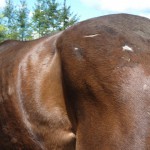 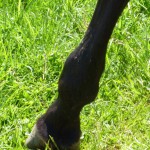 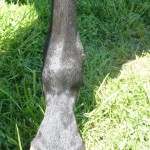 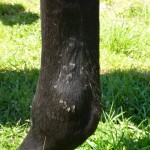 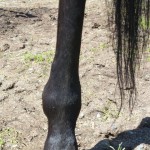 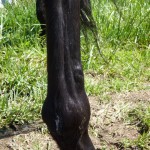