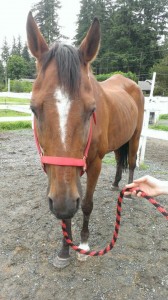 Portland is a 16 year old Thoroughbred gelding who was seized as part of a neglect case by Snohomish County Animal Control and signed over to SAFE late last week. Portland was removed from his owner with a Body Condition Score of 1 (out of 9) meaning that he was very close to starving to death when he was seized. His owner is now facing 1st Degree Animal Cruelty charges in Snohomish County.

Portland has been in Animal Control custody for the past three weeks under the care of their veterinarian and his condition has stabilized but he is still extremely thin and faces a long road to recovery. His ribs, spine, hipbones, and shoulder bones are all very prominent, he has no topline or neck muscling at all. He received farrier care while in county custody but as you’ll see from the photos below, a lot of damage has been done to his hooves due to long term neglect. He’s been treated for lice and fungus and both conditions seem to be clearing up.

In another life, Portland was a racehorse named Rose City Special, who ran 38 times with a record of 9–13‑4. He won the Oregon Sprint Championship Stakes at Portland Meadows in 2002. As for his life after the track, we don’t know much at all. We’ve been told that he belonged to a 4‑H kid who abandoned him with his previous owner, but we have no way of verifying that story. Until he has gained back the weight he has lost, we won’t know if he is rideable or not, but no matter what Portland is capable of, we are very grateful that he now has the chance for a much better life. Portland is a very sweet and gentle horse, and it’s heartbreaking to see him in such sad condition.

SAFE was also able to assist in this neglect case by persuading the property owner to allow us to bring in a veterinarian to geld his stallion, who was running free with his herd and breeding his mares. The stallion was successfully gelded about two weeks ago, and we have continued to monitor the situation to ensure that he is getting the proper aftercare. The cost of this procedure was covered by SAFE’s Community Outreach fund. We are happy to report that the former stallion is healing well and adjusting to a new life in which he will not be able to start any more unplanned equine pregnancies.

Below are more photos of Portland, taken shortly after his arrival at SAFE. He’s going to need a lot of care, and contributions to help him can be made with a tax-deductible gift to SAFE. We will keep you updated as his story progresses. 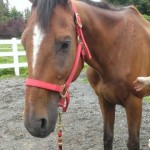 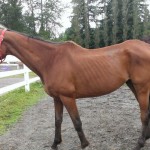 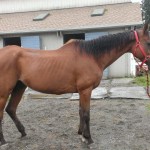 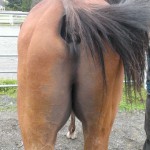 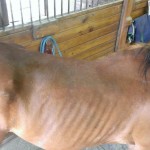 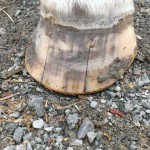 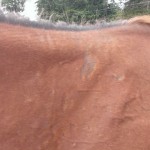 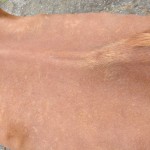