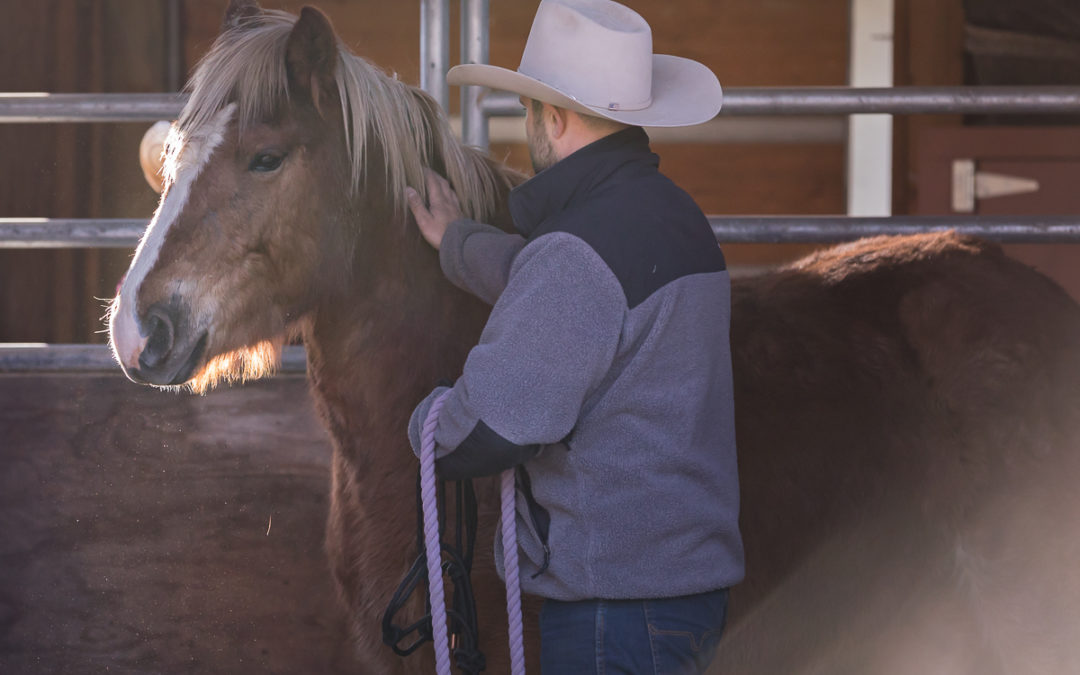 Justin, Glory, and Fancy were seized from their owner by Animal Control due to starvation and neglect. A few months earlier, Animal Control seized Roscoe and Teddi from the same person. The three are regaining the weight they lost, and are being treated for rain rot and other skin problems. Justin is 14 years old and may have been started under saddle already, but we’ll be handling him like an unstarted horse and starting his training from scratch. Glory and Fancy are both about two and a half years old. All three horses are in poor condition, but they’re all very cute and we look forward to getting to know them better. 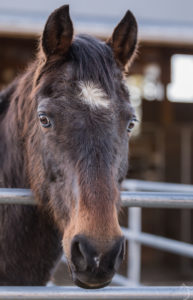 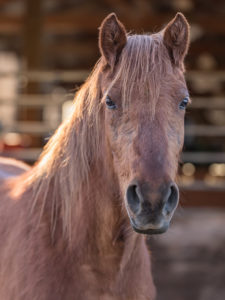 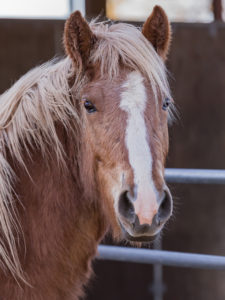