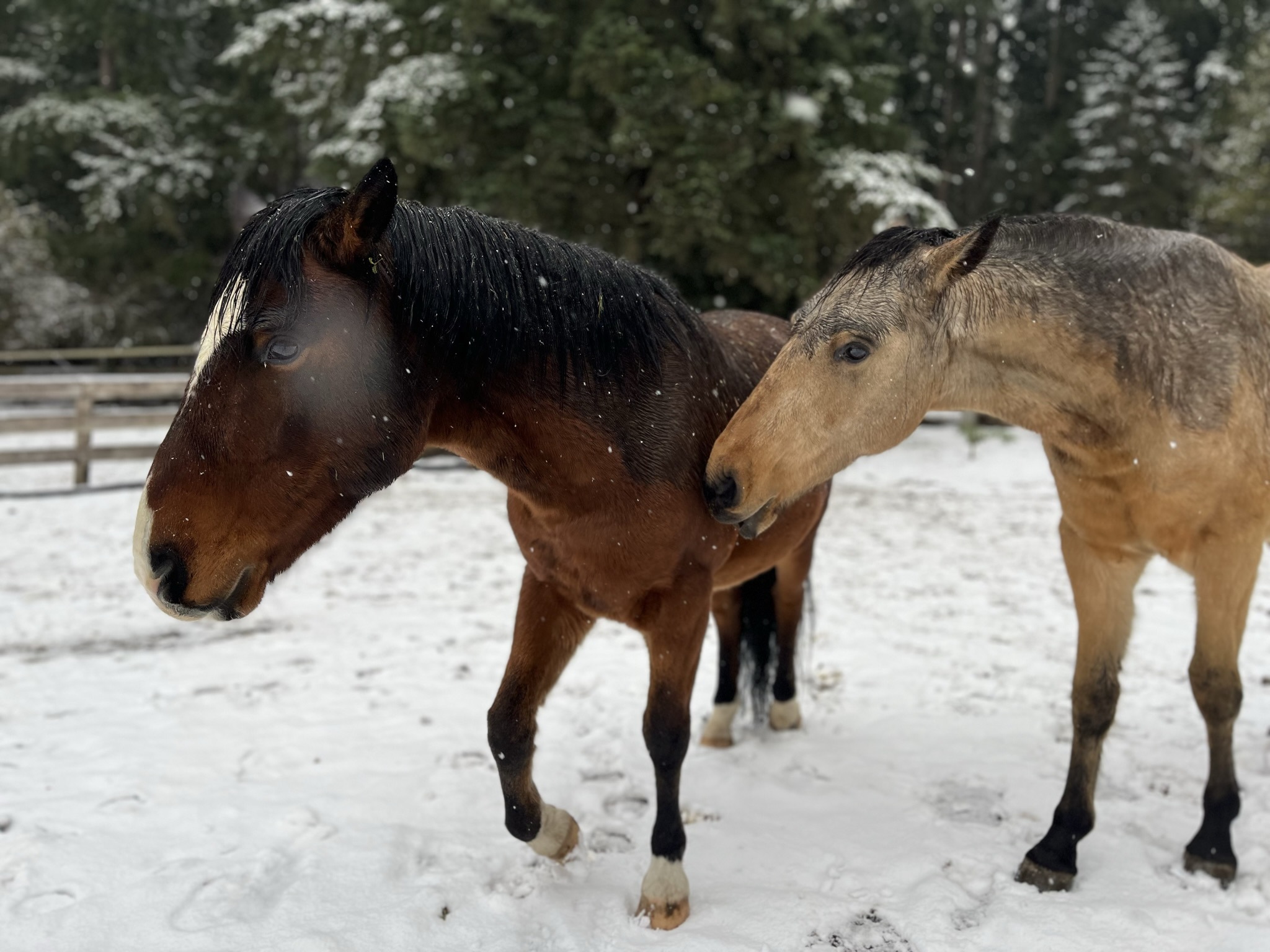 Though one might say he is mature for his age, based on how well he is going under saddle and his general level-headedness, the fact remains that Otto is still just a young lad, not yet 4. And boys, as they say, will be boys. Otto has been getting into some shenanigans as of late, with none other than his herd mate, Artie.

After they get turned out for breakfast and eat said breakfast (typically, Otto and Cramer share a net, as they have done since they were reunited earlier this year), it is play time. It doesn’t matter what Artie was doing before, or what his plans for the day were, because now, says Otto, it’s time to play. Playing, as it turns out, is a full time job, a real 9–5 activity. Every time you turn your eyes to the paddock where these two live during the day, it’s WWE.

And I say WWE because of its notoriously staged and scripted nature. The fighting that Otto and Artie do is (mostly) all bark and no bite. The majority of the time, it consists of Otto engaged in a slow-mo chase with Artie, nipping at various parts of him, until Artie gets fed up and nips back. Then the two titans clash – sometimes on two legs! – before engaging in a slightly faster chase sequence, separating for a moment, and starting the whole process over again.

While Otto might try to start something with Cramer on occasion, Artie is his go-to sparring partner on the daily. There is no limit to the amount of gelding mouth games they can play in an afternoon, and I’m convinced the only thing keeping them from going at it all night is the fact they come into separate stalls.

So far, any injuries they might deal to one another are minimal (“Tis but a scratch”), and we are sure to monitor their play for any hints of escalation. But for now, the boys seem happy to spend their days goofing around, bein’ boys, bein’ horses.