Sasha is looking for a new home

Due to some recent changes in her owner’s life, former SAFE horse Sasha is now looking for a new home. She is available as a SAFE-Assisted placement, which means that SAFE will be overseeing her adoption while she remains in the care of her current adopter, who has provided us with a wealth of wonderful information about this horse, as you will see below. Sasha has been given the very best care by her adopter over the past four years, and we are hopeful that we can find an equally great new home for this lovely mare. 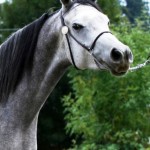 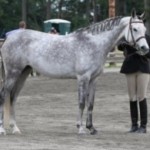 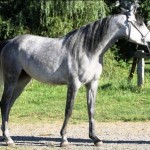 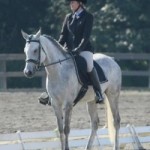 At the SAFE Horse Show 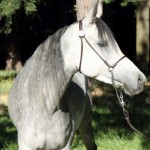 Here is the information that was provided by Sasha’s current owner:

Things she will need work on:

Sasha’s vet care for her suspensory:

The recent injury occurred on January 6th while she was being ridden bareback in the arena. There were about three other horses in the arena as well and all of them (including Sasha) were a bit antsy. Her rider says she was probably feeding off their energy and got a little excited and reared up and lost her footing and fell backward. She suffered a hematoma on the left-side next to her vulva and some cuts around her anus. She ended up going up to Pilchuck for a week because of the swelling on the hematoma as she wasn’t able to pass stool and was in danger of colic. They kept her quiet and fed her liquids and enemas to help her pass. When she returned to my barn a week later, she was on a special diet of wet hay and medicine and could be hand-walked. NW Equine came out about 2–3 weeks after she was back from Pilchuck and removed the blood clots from her hematoma and put in a drain. The drain came out about 3 days later and she healed right up. She is completely healed from that incident and she was cleared mid-February to have turnout and begin work again.  Work has consisted of lunging and then I get on her and walk her out. Last week, I have started to do some trot while on her as well as some other work that keeps her engaged (ie turning on the haunches and forehand and backing). She’s been relaxed and easy-going.