Sinatra’s trimming..his feet were the worst of all the babies.  Photos in album include before and after photos.   You can see an old, grown out abcess in one foot.   Also a few photos of Kokomo and Sinatra taking a nap after their trims. 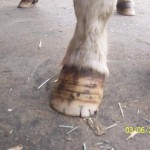 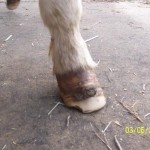 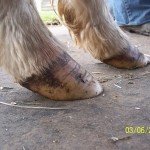 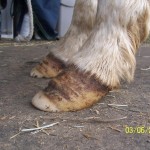 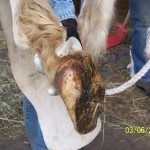 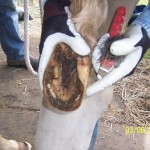 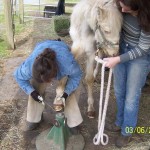 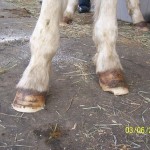 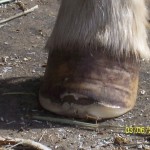 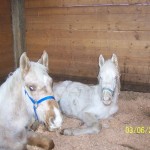 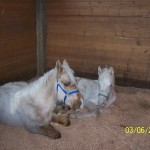 Sinatra is still a bit weak and tonight was lying down and had trouble getting up again. His tummy was a bit rumbly too, so he might have been having a mild gas colic. Once he was up though he seemed ok. I wish these boys were just a bit stronger, they still worry me!

Everyone is doing well today, except little Sinatra. This morning he was down again and not wanting to get up, so Dr. Hannah came out and checked on him. He had good gut sounds and was not colicky, but his body temperature was dangerously low — only 95 degrees. So Lily donated her blanket to the cause and now he has two thick blankets on to try and keep him warm. I went to the feed store today and picked up a new blanket for Lily.