Sinatra was gelded today! All went well, although his recovery was a little wild. Then he was forced to stand and watch Phoenix have his brain surgery. We tried putting them in separate stalls, but they were having none of it so they are sharing one for now. 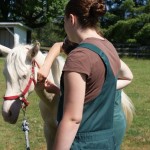 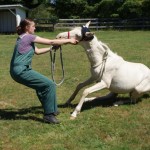 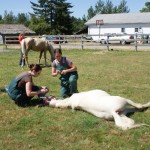 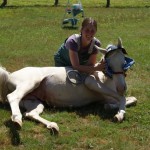 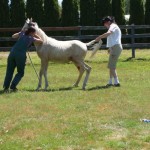 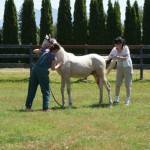 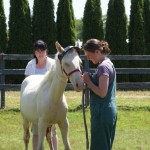 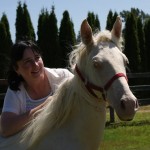 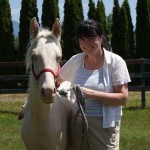 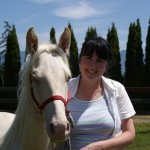 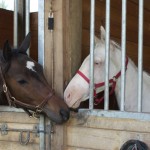 They are both doing well. Phoenix has a bit more swelling than Sinatra (he was a little more endowed as well)

Exercise time is pretty entertaining. Everything they do is done in tandem, usually with Phoenix simultaneously biting on Sinatra’s halter or neck. Every once in a while Sinatra has enough of him and stops suddenly so Phoenix has to let go, and then they settle right back to trotting side by side again.

I’ll try to get some video this week, its too funny not to video.