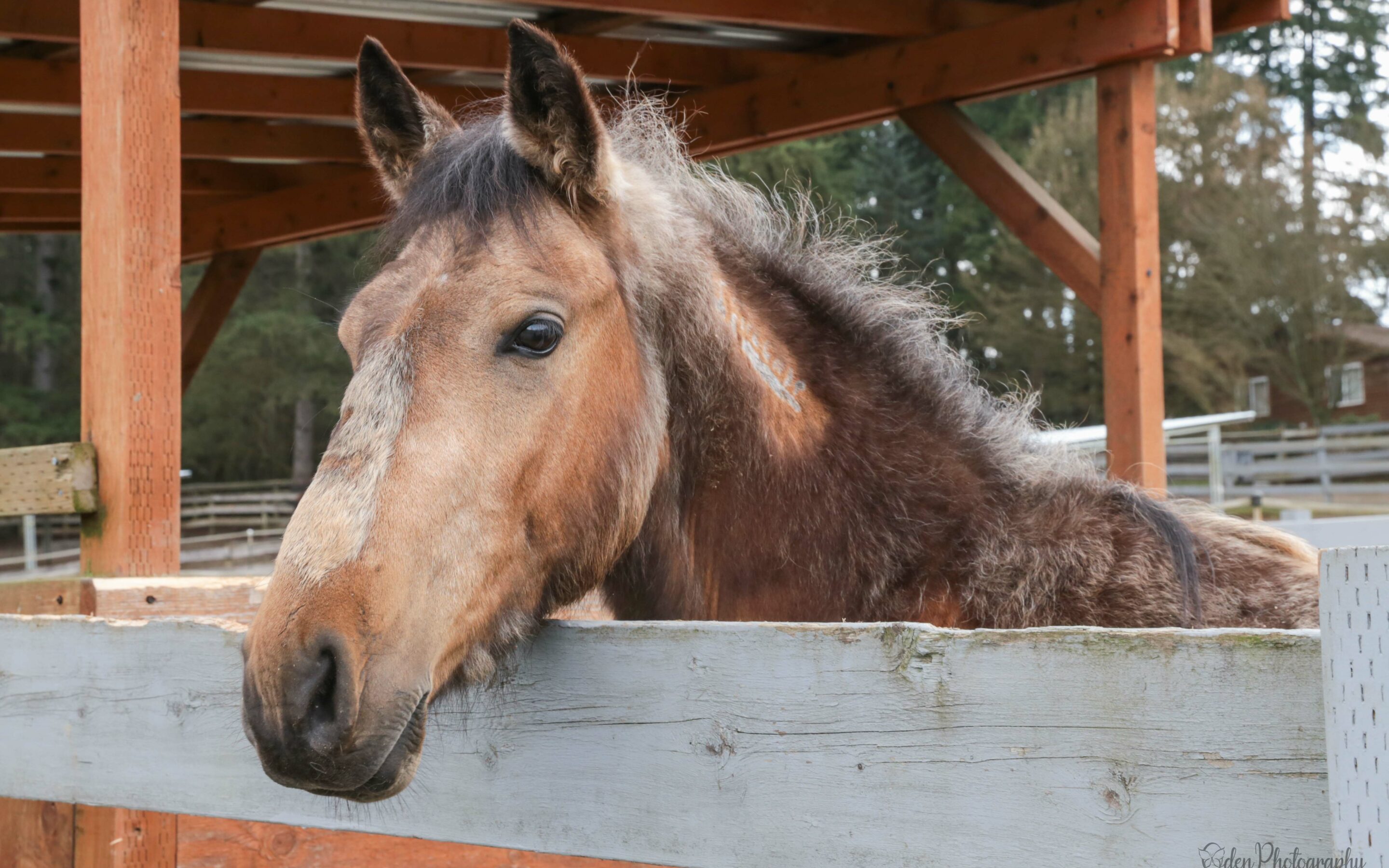 Though his follow-up appointment wasn’t for another month, a few days after he returned from his check-in with Dr. Hanson, Otto decided he was ready to go back. His now characteristic bump was appearing noticeably larger, and after a call to the vet, it was decided that it would be a good idea for him to be seen again. So back up to Mt. Vernon he went.

(A brief sidebar here: we are so grateful for volunteer and driving master Jackie L, who volunteered both times to trailer Otto the three hour round-trip to the vet.) 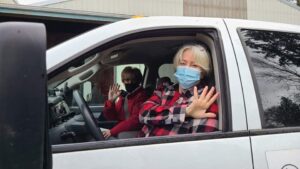 In Redmond, we waited for updates.

The tooth fairy was smiling down on Otto, for when Dr. Hanson called, it was with the news that he was able to successfully extract Otto’s infected tooth from the inside – the best possible scenario. It meant recovery would be much easier, since there was not a need to open a hole in the side of his face to extract the tooth. Otto spent a few days at the clinic while Dr. Hanson evaluated the best packing for his cavity. We scheduled weeks of follow-up visits with Dr. Renner at Rainland to re-pack the area and ensure the healing process was coming along smoothly.

Otto was seen three times for re-packs and checks, each time more healed than the last. He was to remain on the same course of antibiotics he was receiving until the cavity filled in at least 50% with granulation tissue. At his third check, Dr. Renner told us that the cavity was becoming more difficult to repack since it was closing up. Because of this, there was a good chance that the packing would not stay in as it once did, which would leave the cavity open to getting hay stuck in it. As this would inhibit his healing process, Otto temporarily switched to an all-senior grain diet – something he didn’t seem to mind at all!

At his latest check, Dr. Renner declared Otto all healed up! He was cleared to come off of the antibiotics, and was given the go ahead to start eating hay again. Going forward, Otto will need dental checks every 6 months to ensure that his other teeth are doing well as he continues to mature. And though it has gotten smaller, the bump on his face will probably remain in some capacity for the rest of his life – not only a reminder of what he overcame, but a perfect indicator of where best to place a kiss. 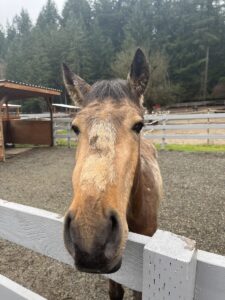