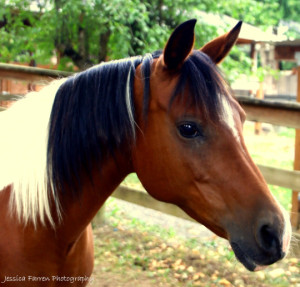 We have a wonderful group of volunteer riders at SAFE who not only make my life as the Operations Director easier but also are a vital asset to the horse’s preparation for adoption. The volunteers help with everything from turnout, hand walking injured horses, grooming, tack cleaning, groundwork, riding, taking the horses on the trails, showing and anything else you can think of that the horses need. The volunteer riders work with one of the SAFE horses and myself until they get to know each other. I help guide and oversee the training of the horse and step in if needed but for the most part the volunteer riders are very capable of handling and training the horses they are working.

I thought it would be nice to hear from two of these great volunteers, Ann and Claire, about how their work with Khianna is going so far.  Ann is a long time volunteer at SAFE and her quiet and mindful way around the horses is a very good skill to have when working with our rescue horses. Ann took Khianna into the Joel Conner clinic a few weeks ago and here is a little bit about what she has learned about Khianna and what they have been working on so far:

“I had not worked with Khianna before the Joel Conner clinic. I found her to be a sweet, sensitive and beautiful girl. She is a bit wary when I go to catch her but she warms up quickly. She stands well for grooming and seems to enjoy the experience. She especially likes being scratched on her forehead, above her eyes and around her ears. I am able to touch her all over except the inside of her ears.

As I started doing groundwork with Khianna she became anxious and showed a lot of tension in her body. Joel had worked with her in the round pen and we all saw that the skin on her sides was so tight that vertical wrinkles formed that looked like corduroy. We also all noticed that tension affects her digestive system causing her to poop a lot and be gassy. Doing circling exercises in the arena she wanted to trot rather than walk and would shoot past me when asked to go between me and the wall. When standing still she will tolerate a rope thrown over her back and the flag as long as it’s not snapping over her back but she was quite fearful of both the rope and the flag while walking. She was jumpy when other people were using ropes and flags near us as well.

Khianna made good progress from Saturday to Sunday. She was calmer and more focused on Sunday. She was more willing to walk on the circle and accepted the flag better. I still could not throw a rope over her back at the walk. She was tied for the first time on Sunday and did pull back a few times.

Khianna is really a fun horse to do groundwork with because she is so sensitive and responsive. She seems to learn quickly and wants to be a good girl. She will seek comfort from her handler, standing close to you to have her face stroked and cuddled.

Here are some of the things that Khianna needs more work on.

Claire is a young rider and has been helping with a few of the SAFE horses. She has great timing and patience and I knew that she would be a good fit to help train Khianna. Here is what she had to say about her experience working with this sweet mare:

“Kihanna has made a lot of progress in the week and a half since Joel’s clinic. She is extremely sensitive, so most of our sessions consist of exposing her to different things and letting her know that she is ok. When I first started working with her, you could feel so much tension in her from just touching her. She also took a very long time to lick and chew and sucked in her breaths instead of breathing relaxed. She is so much better now and I can tell she is really starting to trust people.

Joel worked with her a lot on “squeezing” her between him and the wall, even with someone standing on the outside just holding a flag in the air. He had her just go one step at a time so she could learn to stay with him instead of checking out and running away. I’ve been continuing to do this and it is so much better than it was before. We’ve also worked a lot on changing eyes, which she was really scared of at first but now is much calmer.

I turned her loose in the round pen last weekend and it was so cool to see her relax a bit and be playful! She was running and bucking and releasing tension, which was pretty awesome. I even gave her a bath today and she actually started to enjoy it. This is huge for her because she is still very afraid of anything that touches her. I’ve been doing relatively short sessions with her (20–40 mins) and trying to end them when she is as relaxed as she will get. I really enjoy working with her because she has helped me learn to dial my energy way down so I can meet her where she is at and help her build her confidence.”

I am very grateful for the time and energy these two ladies are giving to the SAFE horses. Their work with Khianna is truly a gift and is helping prepare her to find her forever home. We will continue to work with her at SAFE Harbor and when she is ready, we will send her out to be started under saddle. It is a delight getting to know Khianna and gaining her trust!