Stevie left for Ellensburg last week to begin training with Joel Conner. He was a good boy, jumped right into the trailer and was calm and not stressed even though he was traveling alone. He arrived and settled in well. I spoke to Joel about him and he said that he is doing well and he put the first ride on him today. We were also concerned about the transition to the colder climate but Joel remarked that Stevie is handling the cold very well. He also complemented SAFE again for all the prep work that was done to get him ready for riding. Casey did an amazing job with Stevie which will not only make Joel’s job easier but less stressful for Stevie. We can’t wait to see him going under saddle and getting Casey over to ride him as he transitions back to SAFE as a riding horse. Our plan is to have him with Joel for 30–60 days of professional training so he will be back either the end of February or the end of March.

Here are some photos from the day he left Safe Harbor with one of Stevie’s biggest fans, volunteer Caren M.: 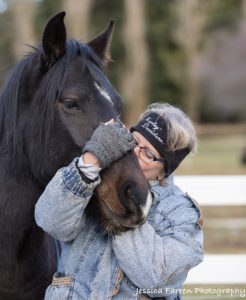 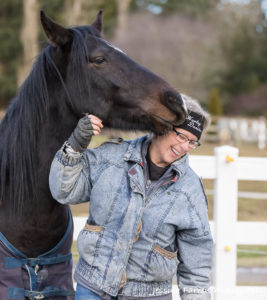 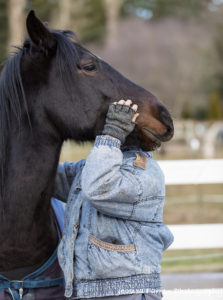 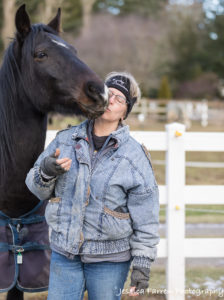 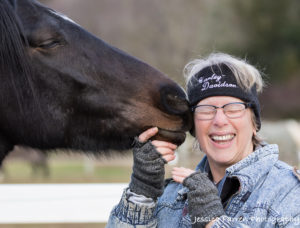