Vibrant Valor and the Case of the Sticky Stifles 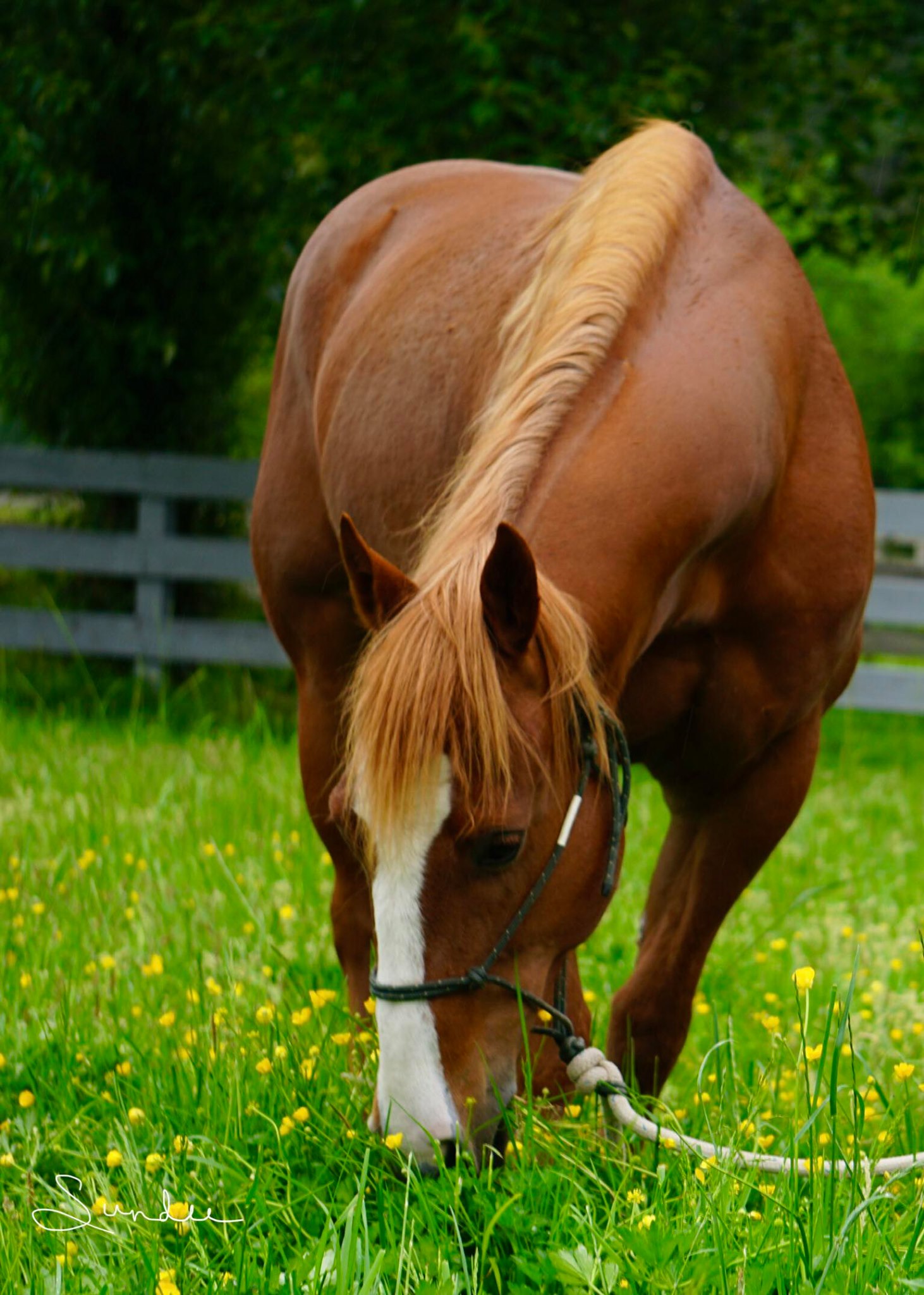 Unfortunately for Valor, his mother, Nashville, did not bless him with strong stifles. Since his arrival at SAFE we have worked to help cure him of his locking stifles (upward fixation of the patella), a condition that can cause a horse’s hind leg to appear to get stuck in place and unable to flex. He has gone through specific rehab programs designed to help him build up strength in his hind end in order to provide more support for his patellar ligaments, which often fixes this problem. We were doing pretty well with him until he had his setback with the minor trailer incident a few months back. Because he was on stall rest to allow his injuries to heal, he lost the muscling that he had built up in his hindquarters, and consequently began to have issues with his stifles locking up again.

Dr. Fleck of Rainland Farm Equine Clinic suggested we repeat the patellar ligament fenestration, the procedure that Valor had done in September 2017. We hauled him to the clinic for the procedure, which involves making multiple tiny cuts in the medial patellar ligament to encourage the growth of scar tissue. The scar tissue that forms is thick and tough, therefore helping to keep the patella in its normal position.

Dr. Fleck also recommended that we keep him turned out 24/7 to help encourage him to move around. His tendency to “lock up” occurred most often after he had been stalled overnight. Valor now lives outside next to his friends Moon and Cassidy, where he is quite happy.

Along with the weak stifles, Nashville also gave her son her flat feet and thin soles. He is currently being ridden in boots, but we will be putting him in a pair of metal shoes on his front feet. This is something that we were originally going to do last summer, but his hoof walls grew out enough that it became a non-issue for many months. But Valor is showing us once again that he really is just a guy that needs front shoes. Luckily that’s an easy problem to fix.

Today, Valor is going well under saddle once again. He barely missed a beat after this most recent rehab period, and he has a very positive attitude while he’s working. He is slowly regaining the strength in his hind end, and we’re optimistic that these sticky stifles are a thing of the past.