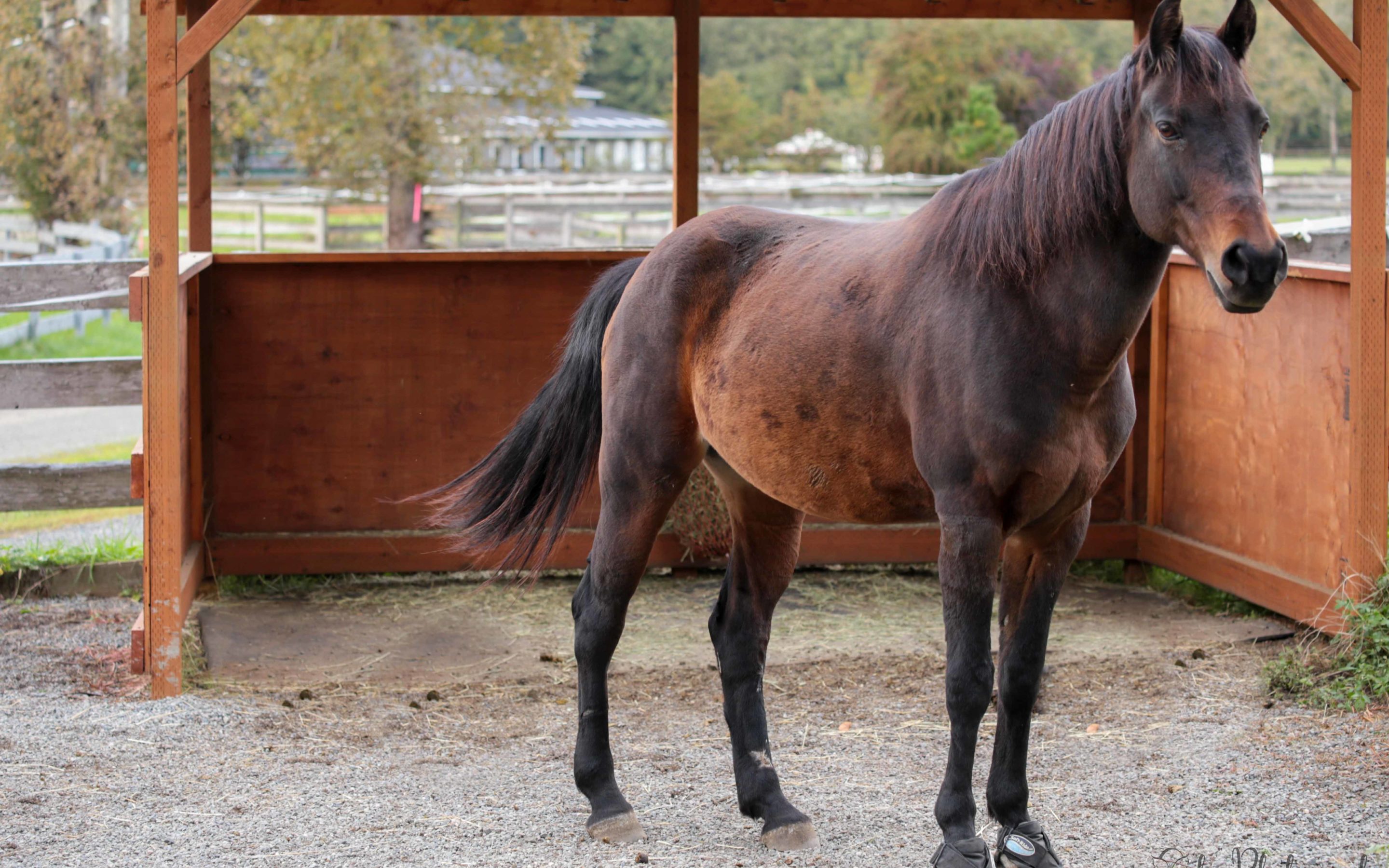 Zoe had a lameness exam with Dr. Fleck a few weeks ago. She was positive in flexion tests on the left hind upper limb and had a referred lameness (a gait abnormality that appears as lameness but is a result of pain in another limb) in the right front. It’s likely a mild case of hock arthritis, which isn’t surprising based on the prior injuries she came to us with on that leg. It’s mild enough that we’re not going to jump to hock injections, but she was put on Equioxx for pain management. She can still be ridden as before.

Zoe also has a tendency to wear her hooves down pretty short. Our farrier barely has to take any toe off when she trims her every 7 weeks. She has a tendency to be a little foot sore so she’s being ridden in boots and is in boots for turnout whenever she’s out on gravel. Her future adopter could elect to put her in shoes or manage her in boots the way we are currently.