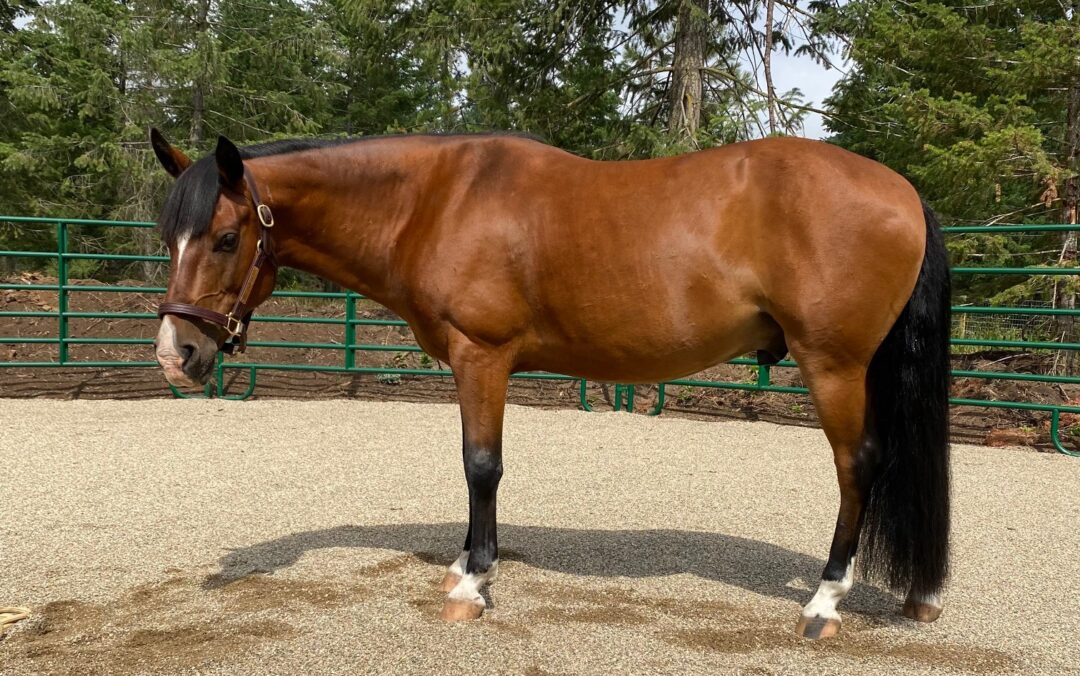 Artie is adopted and he lives with a SAFE Alumni pony, Ruckus! Jacquie was looking for a companion to live with Ruckus and turned to SAFE searching for a horse buddy.

As the Volunteer Manager, I like to ask volunteers if they have a favorite horse at SAFE. Of course, many reply with “I like them all! BUT if I had to choose, it would be…” There is usually a horse or two that stands out to each one of us. Artie was my standout horse and most recent favorites on the farm. Most people who spend a little time around SAFE talk about the transformations the horses go through. It’s a cool thing to witness a horse with an uncertain future arrive at SAFE fearing people and see them transform into a calm horse who now has a bright future. Spend some time in the barn and you will hear current volunteers telling brand new volunteers stories of how “That horse was so thin,” or “that horse was scared of everything” and “Wait until you see them now, they are a whole new horse.” Artie was one of those horses.

He was part of the Fall City 40 situation two years ago. Many of those horses were adopted out to qualified homes, but those who didn’t find homes, came at SAFE. Artie was still a stallion when he arrived, so he was separated from all other horses and only staff were allowed to clean his paddock. He was always very respectful, standing on the opposite end of his turnout, always calm, but keeping a watchful eye on you. Terry, our Operations Director, spent her time getting him to trust her and slowly introducing the halter and human touch. Artie took longer than most of our horses and Terry spent a lot of time closely working with him. It was a long time before we could walk him outside of his paddock. Artie was once a horse who stayed as far as he could from people and easily spooked and right before he left, he was a horse that walked right up to you to be haltered.

There are many reasons I love being part of SAFE, but one of my favorite reasons is they listen to the horses’ needs. Most of the time if a horse is young and healthy we start them on a path to becoming a riding horse. Most adopters are looking for a riding horse, so it makes sense to make them the most adoptable they can be. Occasionally along the way we learn that a particular horse is not suited for that path. After working with Artie for quite some time, the staff came to the conclusion the nicest thing to do for Artie was to offer him as a companion horse as he struggled with things coming down over him. How would he ever except a saddle and rider and how long would it take? We believe his time as a stallion he was constantly protecting his little herd of mares and babies from other stallions who would come down over him. As a healthy 8‑year-old horse, some might want to keep pushing him, but SAFE made the kindest choice for Artie to live his life free of the stress of something on top of him. This could make it harder to find him a home, but it was the best decision for him. So, you can imagine how overjoyed everyone was when we knew he was being adopted!

When Artie arrived at Jacquie’s place, she took a video of him being walked onto the property. All you can hear is his new buddy, Ruckus, calling repeatedly in the background. You can hear the excitement in Ruckus’ neigh and the giggles from Jacquie as she films his arrival. Shortly after we receive updates that Ruckus and Artie love each other, they are immediately playing, trotting around and insist on eating out of the same hay bag. Jacquie is in love with our handsome man and so is Ruckus.

Jacquie recently sent us this update: “It’s been a month since Artie arrived home and each day I’m more in love with this boy. Not only are him and Ruckus total buddies, but he is so smart and quick to learn. He has learned how to stand tied, be patient for things, get baths that make him feel good, wear blankets of all kinds and relax in his work. He is also learning his body has Dressage gears he didn’t know he was capable of. He is amazing to work with once he finds things are no big deal he moves forward with great confidence. He gets to take tours of the property and has quickly learned the garden rocks will not eat him. He is consistently giving me his eye, checking in and paying attention to what’s next. He likes to check out what we’re doing around the farm and he and Ruckus are both the gate greeters when you go over for a visit. He is an incredibly sweet boy with a wise and silly personality and I absolutely love him.”

The day Artie left to his new home, Terry posted on her Facebook page “You’ve taught me more in a year than any other horse. Our time comes to an end, but I celebrate every single accomplishment and the gravel you put in my guts! Artie, you will never be forgotten. My sweet boy, I will miss you. Thank you for trusting me. I love you.” Artie was very loved at SAFE and we are so happy we found a family who instantly loved him as much as we do. 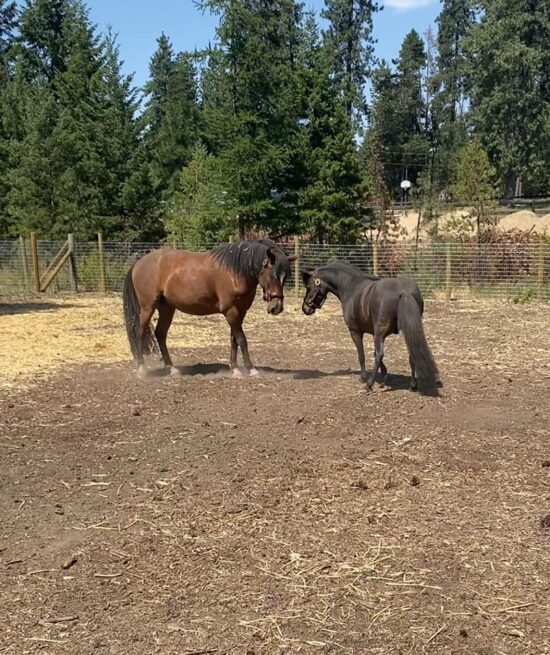 Artie and Ruckus meet for the first time 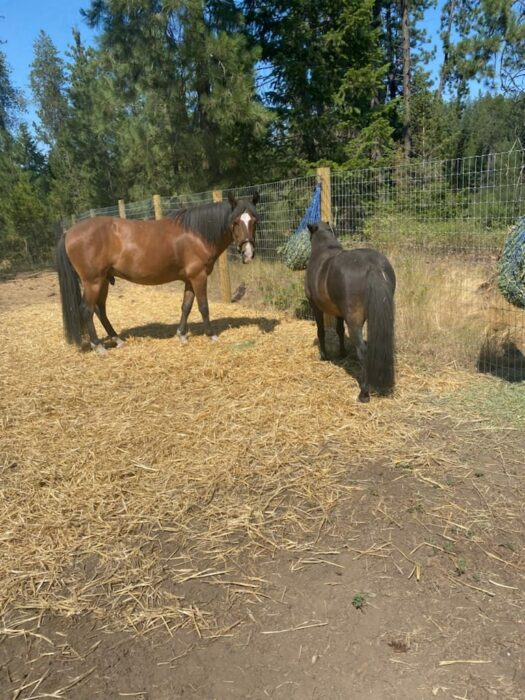 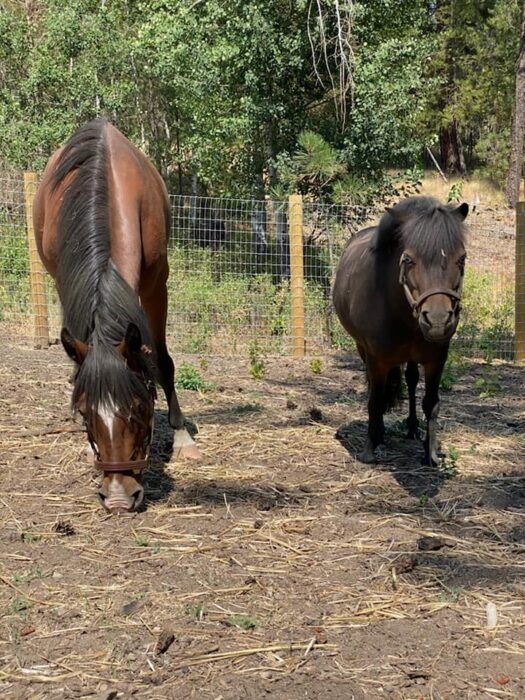 Brothers from another mother 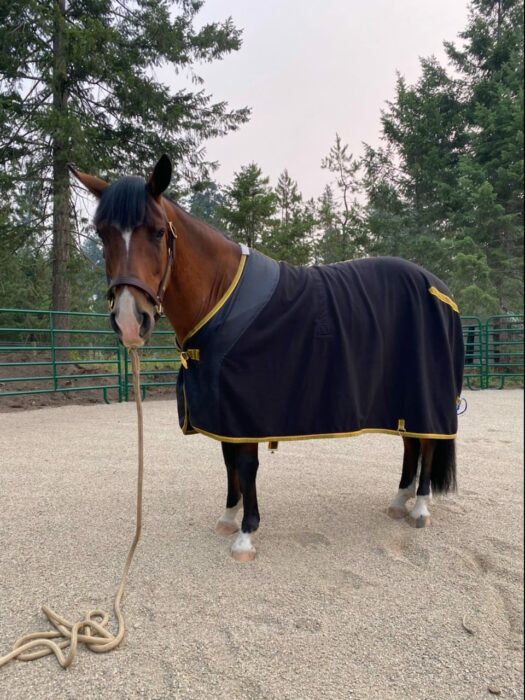 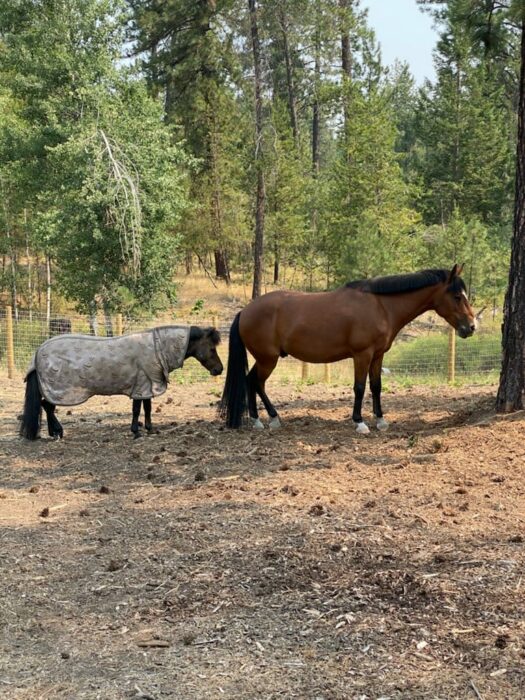 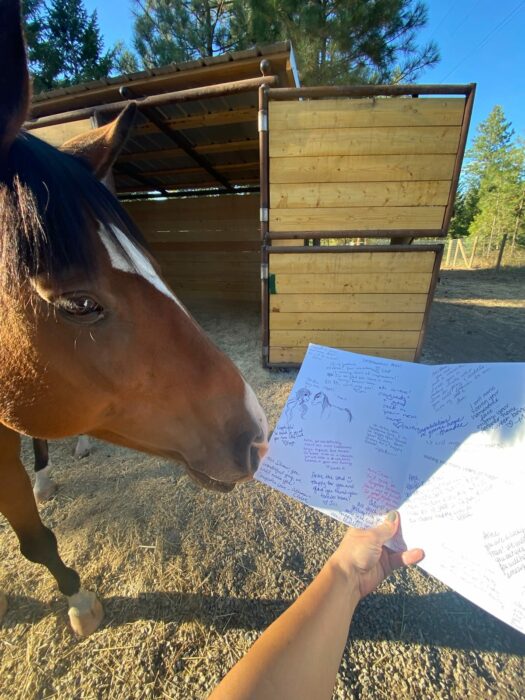 Artie with his adoption card!