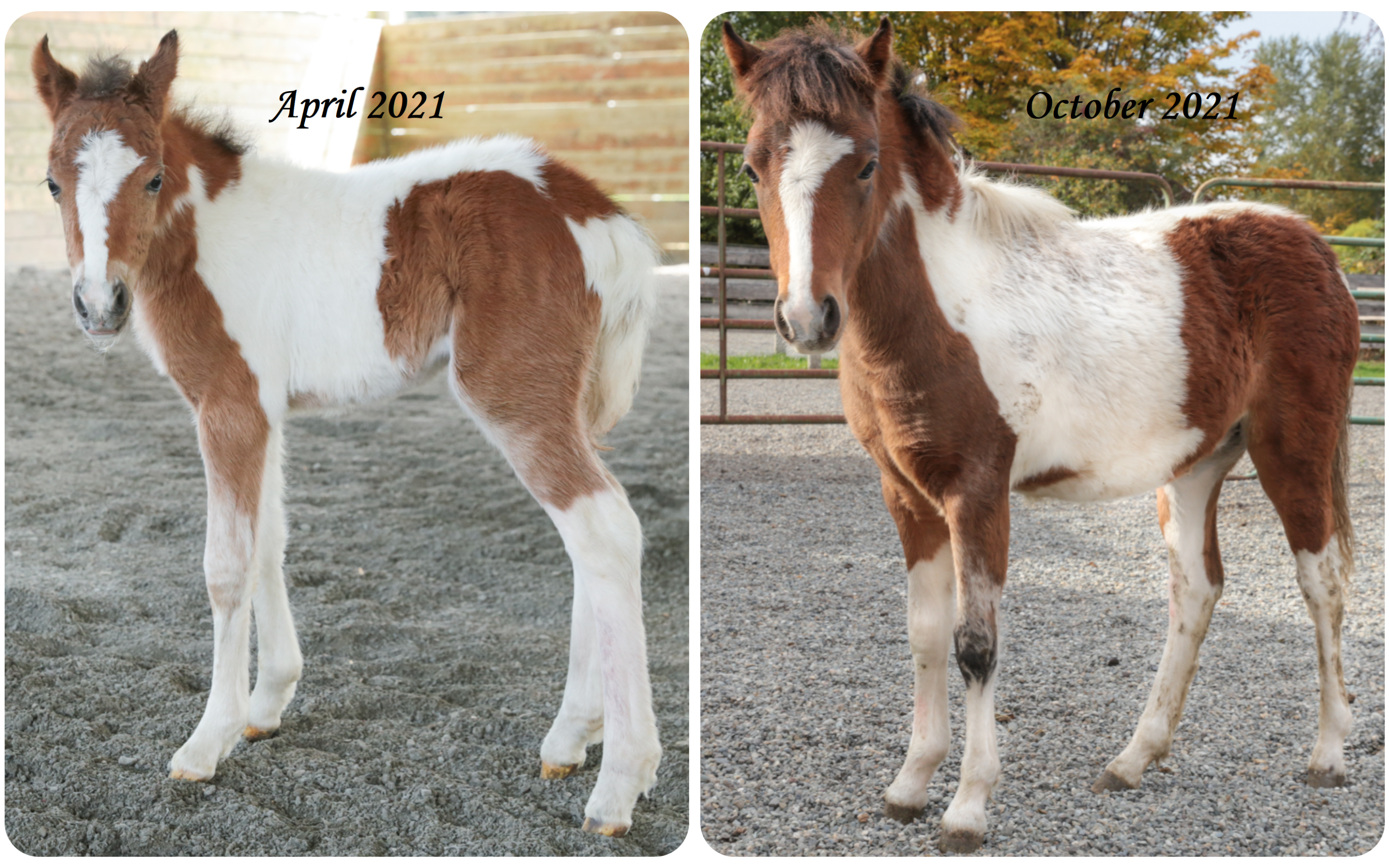 Can you believe Coco is already 6 months old? It seems like it was just yesterday when we found out our little 25 year old mare, Sundae, wasn’t just a little round, she was pregnant! That little squirt, Coco has been an independent lady from day one, kicking up her heels at her mom and running anywhere her long pony legs could take her. She spent the summer enjoying lush green pastures and sunshine with her mother. Coco loves friends and looked forward to any neighboring horse who was turned out on grass next to her, greeting them as they arrived and running over and calling to them as they left.

Over the last month Bonnie has been working with Coco and here’s what she had to say:

I have been helping Terry with gentling Coco and getting her accustomed to being touched, groomed, and haltered. She’s a very independent little gal, but very sweet and very brave. With some of her new life experiences, it just takes a couple tries before she realizes that everything is fine and it’s actually rather nice to be brushed, for example. She has been an absolute delight from the day she was born, and even as she gets bigger, she is still a complete joy to be around.

In preparation for Coco eventually being weaned, her mother and her were moved next to Teddi and another one year old pony, Minnie, so they could get to know each other through the fence. It has been decided that Teddi will be the Auntie for these youngins, teaching them manners and giving them comfort as they grow up on the farm. We still can’t believe Coco grew up this fast. Take a peek at the video below to see her sprout up over the last few months. 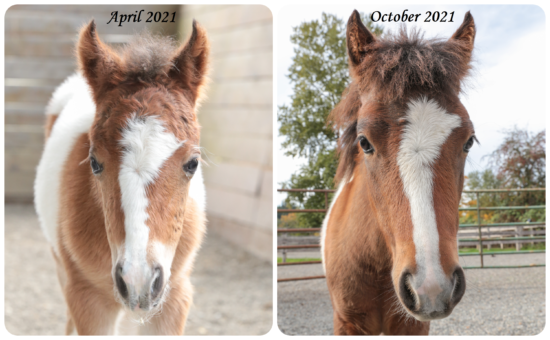 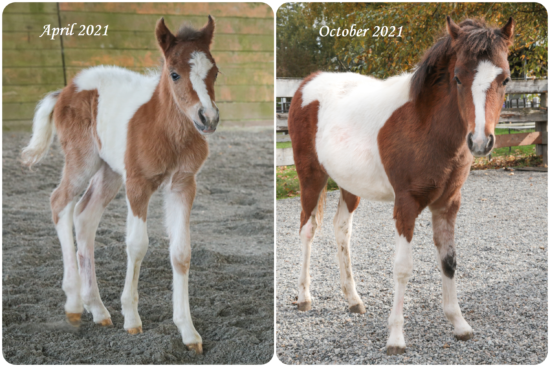