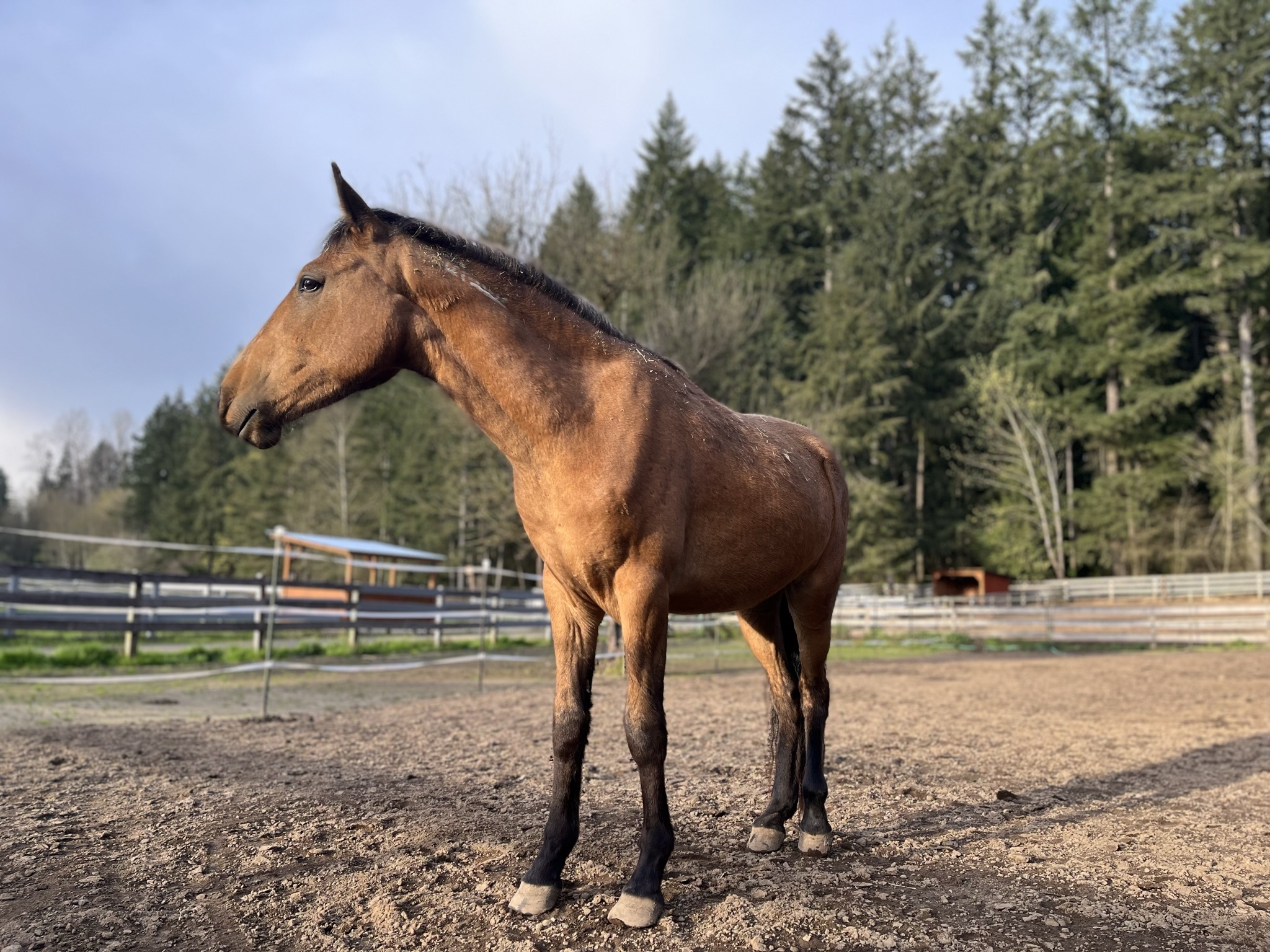 Otto arrived at SAFE the very definition of a ragamuffin, with a scruffy, mud-caked winter coat draped atop his thin frame. We looked forward to seeing what health would do for Otto.

It brought out his personality, for starters. Even when on the mend from his tooth extraction, Otto remained a rambunctious and playful gelding. It also revealed some mysteries about his past.

During a vet visit, when Otto would be sedated to have his oral cavity repacked, we took the opportunity to microchip him (we try to coordinate microchipping with times when the horse is sedated for their comfort). Before chipping, we always scan to check that a chip does not already exist. Nine times out of ten, we find nothing. Otto was the exception.

It was quite shocking when the chip reader scanned a number in Otto’s neck, even more shocking given that Cramer, the counterpart he arrived with, was not chipped. So there was a mystery afoot.

As this was all happening, Otto had begun to shed his winter coat. His hair when clean was a light buckskin, which he was losing in great uneven swatches. But his undercoat was much darker, a caramel color, something akin to a perfectly toasted marshmallow. This shift in color was another unexpected surprise.

And then, one afternoon, a patch on his neck drew attention – there were white hairs peeking through his patchy fuzz. “Could it be?” we asked, and it was:

A brand. Given by the BLM. Which explained where the microchip came from. With a pair of clippers, we further excavated the symbols that would give us an idea of who Otto was before he was Otto.

We discovered he was from Nevada, from a herd management area called Red Rock, around 20 miles west of Las Vegas. With the assistance of the BLM and a very helpful woman who lives in the area and documents the wildlife there, we were able to obtain information about Otto’s past, as well as some photographs! 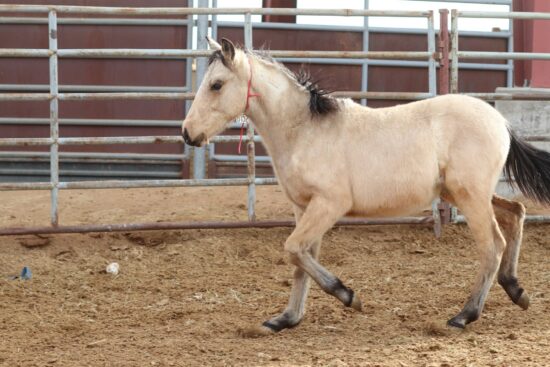 Otto with his BLM number tag 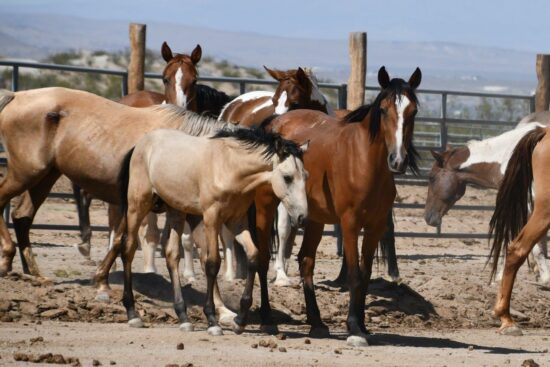 Little Otto and his dam

Born in March of 2019, Otto was rounded up in February 2020 as part of the Sacramento TIP challenge. This is the same time that Otto and Frosting came to know one another, as they were adopted together. Once thought to be siblings, we have since determined that the two were merely thought to be such due to their similar appearance and origins.

At only three, Otto has already traveled more than some horses (or people, for that matter) do in their entire lives. But we are oh so glad that this little desert-born boy found his way to us. His past may still hold mysteries, but we are excited to be able to set up his future to be as clear and bright as possible.