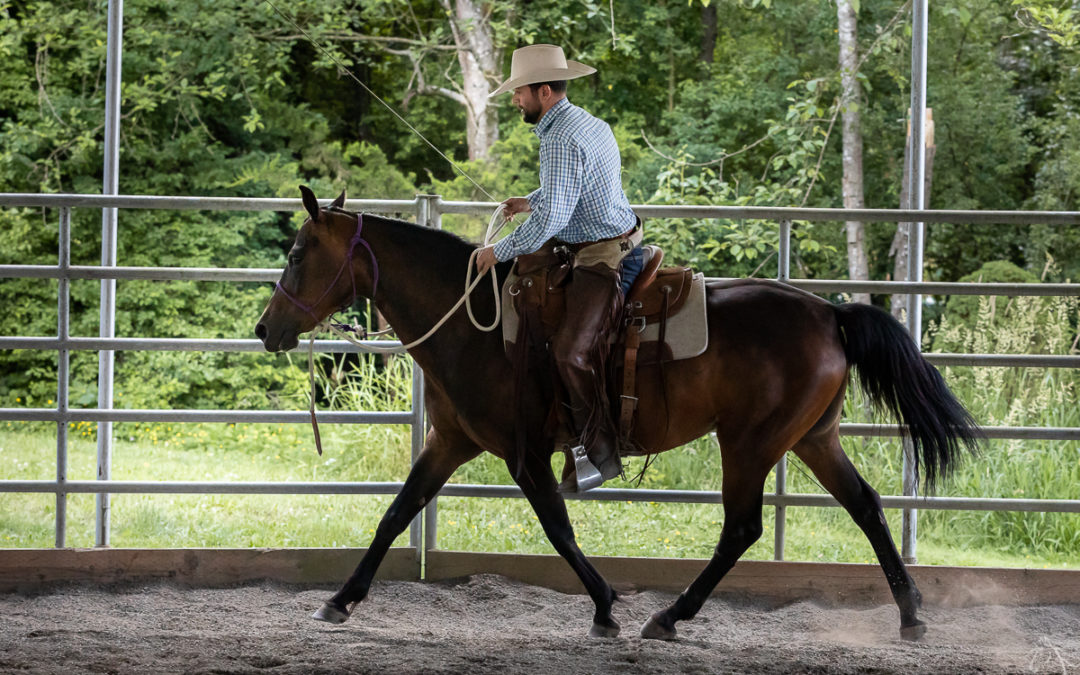 Zoe has been doing very well over the last few months. We initially did quite a bit of groundwork, getting her more comfortable with the saddle and eventually a few light rides. She remained tight with the saddle and her very kinked up tail indicated that she needed more time to settle before accepting a rider. The goal when starting our horses is NOT to get on and “ride the buck out of them.” Instead we hope to do enough to support and relax them into acceptance of what is being asked. Sometimes this is not on our timeline: we need to be patient and see them through until they are ready.

At the last Joel Conner clinic in June, we saw a huge amount of changes since the previous clinic. Joel was able to ride her and on the second day Terry was able to get on her without issue. Since then Terry has been working her through a few small issues like acceptance of the bridle. She has been doing great and will be ready to be shown for adoption soon! 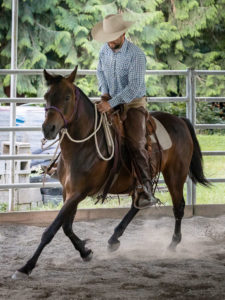 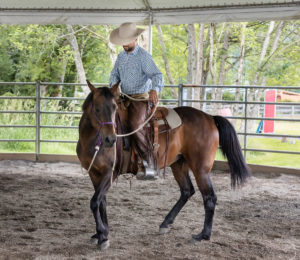 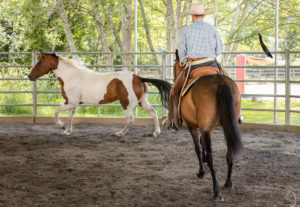 Joel working Tabitha off of Zoe’s back