Not so good news on Sinatra - Dr. Hannah was able to replicate his lameness after several days of lunging and using nerve blocks localized the issue to both front legs, in the area of the fetlock down. When she blocked out the right, which was the one he was visually limping on, he went lame on the left. She took xrays which did not reveal any issues, so the prognosis is strain to both front deep digital flexor tendons. He will require some rest time and then hopefully can return to work in a few months. Later this week he will be moving to a foster home in Bothell who will manage his rehab and care. Hopefully he will be a great patient!

Bonnie and I visited Sinatra today. Here are some photos and a funny video from the visit. 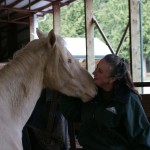 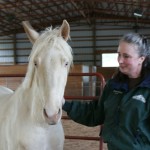 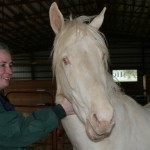 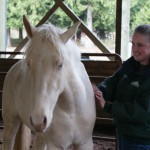 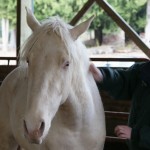 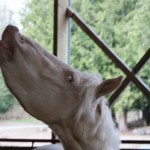