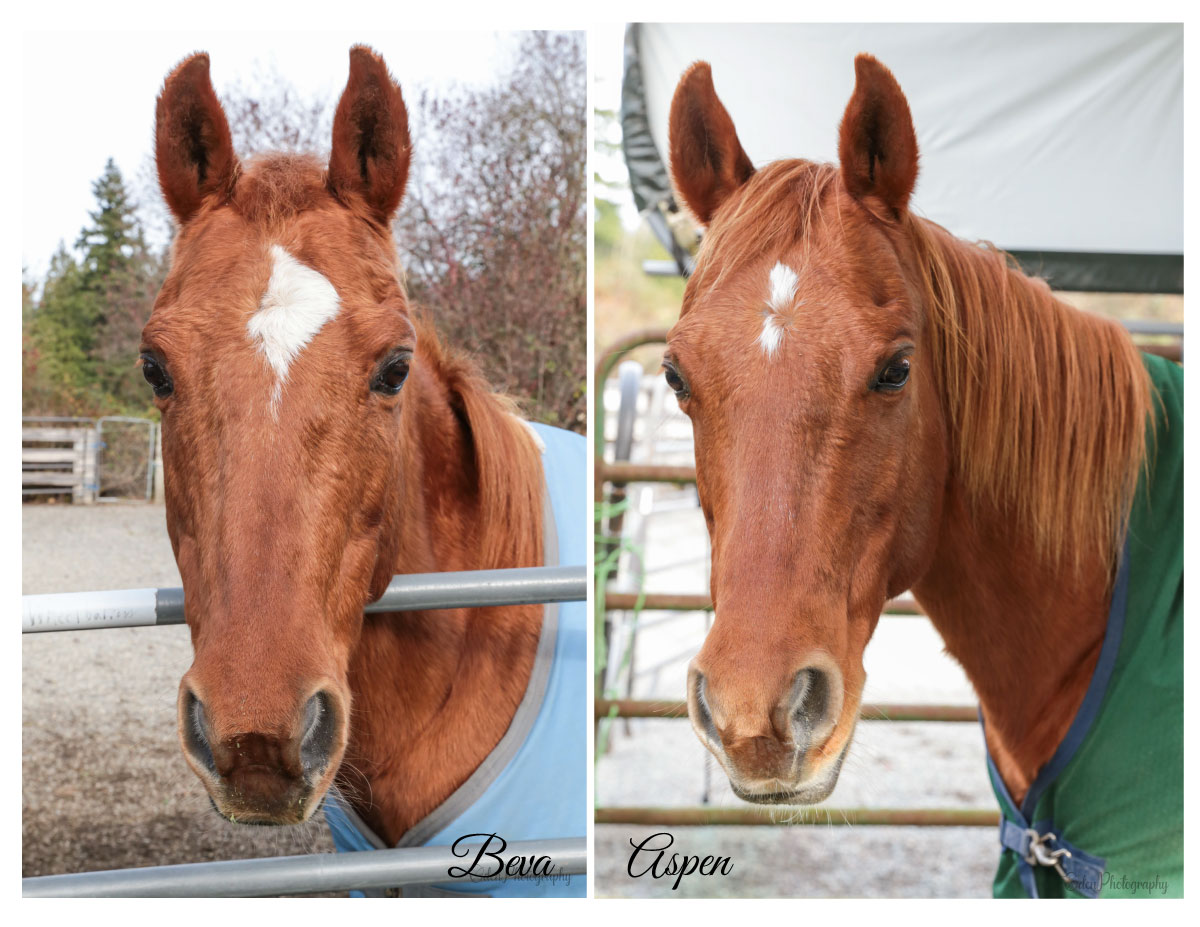 We said goodbye to two darling horses last night and our hearts are aching. Beva and Aspen, sisters to the very end, did everything together. Last night, they shed their broken bodies and flew away, side by side for always.

For Beva, it was colic, her second bad episode in a month. She could barely stand, she just kept dropping to the ground and refusing to get back up. Banamine, which usually eases a colicking horse’s pain, had no effect. Dr Lewis used ultrasound to look at her insides and discovered that a very bad situation was developing. The walls of her small intestine were hugely swollen and her motility was shutting down. She was in a lot of pain, and it was about to get much worse. There was nothing we could do.

For Aspen, her troubles started a few days earlier when we noticed that she was much more lame than she had been. Aspen’s knees, especially the left one, were badly enlarged due to arthritis, and she had never looked completely comfortable when moving around. But now she was much worse. Watching her struggle to compensate for the lack of mobility in her front legs was terrible. Maybe it was the cold weather, maybe she slipped at some point, or maybe she just couldn’t do it anymore. We promised when we rescued her that we would only ask her to stay with her sister if she was comfortable. And clearly she was not.

So we made the achingly awful decision to let them go together. And as much as it hurt to make that choice, it would have been far more painful to keep them going or to separate them. So they left us together, and it was peaceful and quiet and neither of them knew that the other was going away.

Beva and Aspen were truly rescued by SAFE, and we worked our very hardest to give them a better life. It’s unlikely that Beva would have survived another day had we not taken her when we did. Aspen was one of the bravest horses we ever met, and we’ll never forget how determined she was to get into our trailer, even though stepping up was hard. The two sisters comforted each other and were so happy together. Losing them is heartbreaking, but we’re so glad that we were able to know them. They were special. Rest in peace, Nickers and Knees. We will always think of you, and always love you. 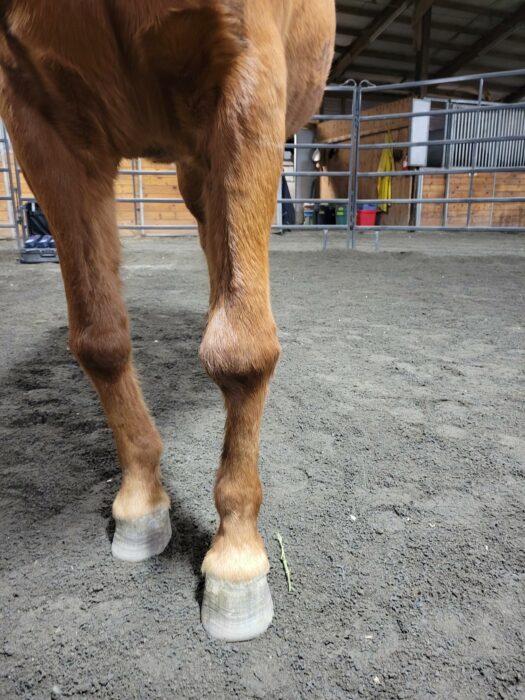